The baby boomers rejected convention in their youth, and now they are reinventing old age – abroad.

There’s something undeniably appealing about the idea of living an expatriate adventure in retirement. Striking out for foreign shores can seem both pragmatic and poetic. 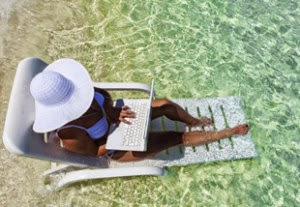 Source
Anthropologist Liesl Gambold looks at the growing trend of retiring to a foreign country, especially among single women.

Do you think more single women will retire abroad in the future?

LG: Quite simply, I think that the fact that pension funds in many places are being threatened, and fewer people have been rigorously saving for retirement. This will mean that, more than ever before, the baby boomer retirees will suffer from economic hardship.

Since women outnumber and outlive men in this group, women will suffer proportionately more economically. While I think governments should do more to help assuage these hardships for our aging, unfortunately I do not think that there will be a rapid enough response from most governments to really make a difference.