Before you Pack that Sunscreen - Is your Sunscreen Causing Skin Cancer?

Unless I'm on vacation in a tropical climate, I don't usually wear any sunscreen, but during a recent appointment with a dermatologist (inquiring about skin tag removal), I was told that if I wanted to keep my skin young looking, I should start using pf40 on my face to shield it from the harmful rays of the sun. Many doctors (and sunscreen manufacturers) are all about telling us to wear sunscreen and many people slather the stuff all over their bodies, believing that they are keeping themselves safe from skin cancer.

If you are like most people, you probably think that the sun is the biggest cause of skin cancer. As such, we've been programmed to avoid the sun at all cost. However, the sun is actually very good for us and provides us with the necessary Vitamin D to keep us healthy and prevent skin cancer. While getting too much sun can be bad for the skin there is something else you should be just as fearful of, and that is the sunscreen you use to block the sun. Most sunscreens contain toxic chemicals that can be more dangerous than moderate exposure to the sun!

BTW - even though people are wearing MORE sunscreen and spending less time in the sun, skin cancer is increasing by about 4.2% annually.

You think maybe, we should look deeper???


but first, back to my doctor's visit 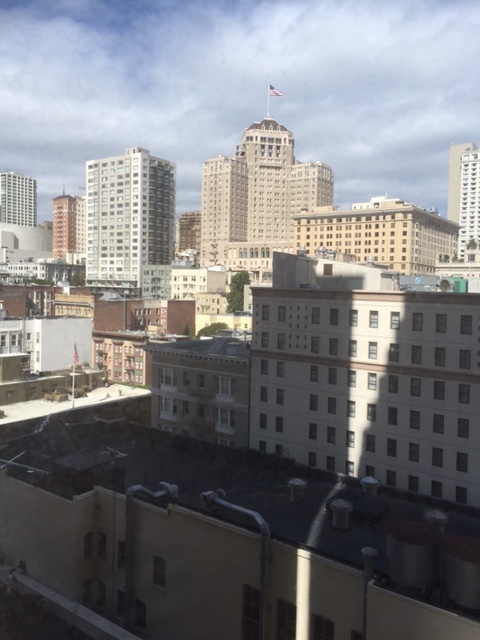 the view of San Francisco from my dermatologist's office


Moles
According to MayoClinic.com, the skin's pigment-producing melanocytes usually distribute color evenly throughout the surface of your skin. Sometimes, however, clusters of pigmented cells develop, resulting in dark spots commonly called moles. Moles can appear in a variety of colors ranging from red to dark brown, and can be flat or protruding, round or oval.

Skin tags
Skin Tags are very common but harmless small, soft skin growths. Skin Tags tend to occur on the eyelids, neck, armpits, groin folds, and under breasts.
Seems you get more with age. Heredity plays a role and more prone to effect African Americans.
One person may have anywhere from one to over 100 skin tags! I have a lot of them (at least 50 or more, so many I have lost count). 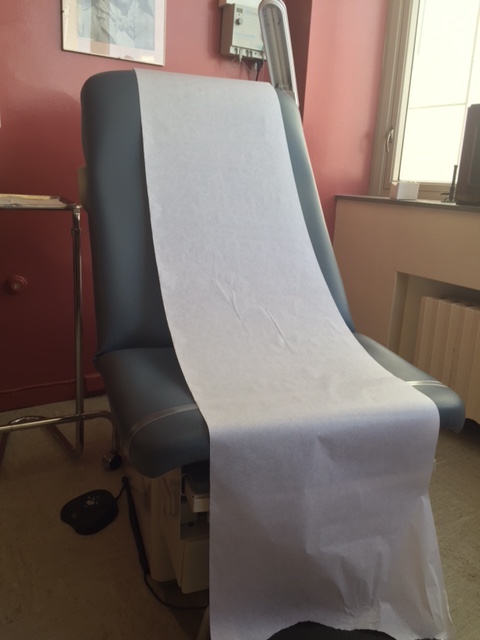 While both are generally harmless, some people want to remove them for cosmetic reasons. Also, some protruding moles may be prone to irritation if they are located in an area where they are frequently rubbed by clothing or nicked by razors. Since I had so many skin tags I decided to consider having at least some of them removed.

The procedure is called Cryotherapy. It uses liquid nitrogen to freeze the unwanted skin lesions. The procedure generates few side effects and can be completed quickly in your doctor's office. 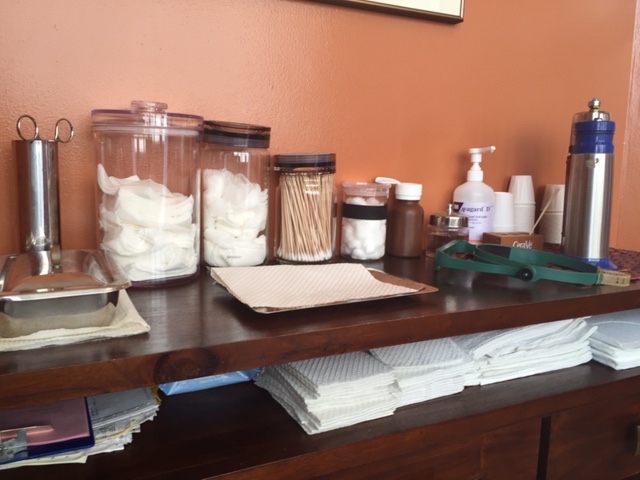 Using a special spray gun, she applies the liquid nitrogen to the mole or skin tag(the liquid nitrogen is in the silver canister with the blue top). Expect a blister to form on the treated area which will be followed by a scab. Do not pick at it and it will fall off on its own. Lucky me - Mine required a second treatment (she only removed about 6 or them for me).

No anesthesia is usually administered. OUCH!

Don't think I will be going back. Just sayin!

Although, I will not be returning for further skin tag removal I wanted to follow my doctor's orders re using a sunscreen for my face, but I wanted to find a natural one, which is how I found out about the toxic chemicals that are in most of the commercial brands.

Here's what I found out, but as usual, do your own research!

S U N S C R E E N
Most commercial sunblock products contain one or more of the following harmful additives: oxybenzone, avobenzone, octisalate, octocrylene, homosalata, and octinoxate, with oxybenzone being the most problematic (since it’s the most common additive used commercially).

Other problems with sunscreen include some manufacturers’ use of retinyl palmitate, a form of vitamin A that actually increases users’ risk of skin cancer when exposed to the sun’s ultraviolet rays.

Many commercial sunscreen manufacturers synthesize zinc oxide and titanium dioxide, the two most common active ingredients in sunscreen products, into nanoparticle form. This means the particle sizes of these ingredients are made unnaturally small, which poses health risks due to easy absorption.

Your best bet is to choose only natural, sunscreen products containing mineral- based, non-nanoparticle versions of either titanium dioxide or zinc oxide (zinc oxide is preferable), both of which provide physical protection against the sun’s rays without leaching dangerous chemicals into your body and skin.


A few favorable brands include:


Another great option for sunscreen protection is to supplement with natural astaxanthin, a potent carotenoid antioxidant found naturally in salmon. Astaxanthin is the pigment in salmon that makes these fish pink, protecting them against sun damage. When humans consume astaxanthin, it provides similar natural protection. Source: www.thetruthaboutcancer.com

*******
There is also a very informative "free" 9 part documentary "The Truth About Cancer" beginning on Oct 13th. It will explain the new findings, treatments and prevention.
If you interested and/or want more info
please use this link  for your exclusive invitation.