No Sweet Potatoes for Thanksgiving? - Life in Costa Rica

Uh, hold up Ticos it isn't even Thanksgiving yet and the Christmas decorations are EVERYWHERE!
Decorations are up all over Costa Rica and started about a month ago

Of course since Costa Rica does not celebrate "Thanksgiving" they start preparing for Xmas before Halloween. I went into my favorite store in downtown Grecia back in Oct and almost the entire store had turned into a Christmas store! 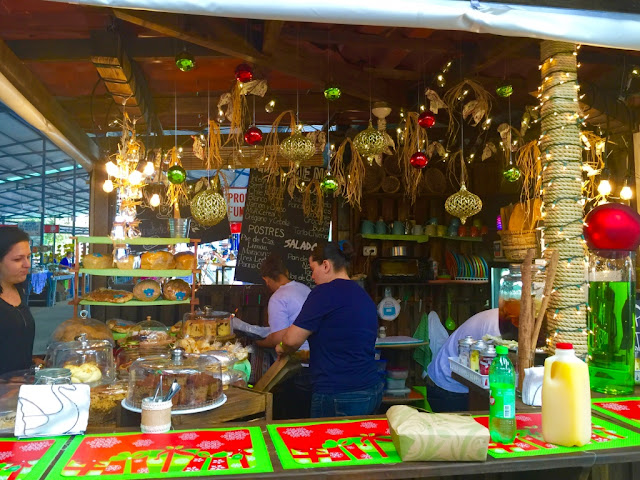 For our Friendsgiving today, my job is to bring the wine and sweet potatoes. Of course Costa Rica does not have yams or sweet potatoes like those back in the states.

So off I went to the feria in search of the mysterious Camote Zanahoria. Everyone I asked told me that there was no such thing. There are camotes (potato) and there are zanahorias (carrots) The Ticos use the camote in stews and they will puree the camote and carrots together to make a puree but they NEVER heard of a camote zanahoria!

There are different varieties of camote, and the flesh ranges from white to a yam-like orange, although the skin is always a fuchia-purple. The oranger ones are very difficult to find. Under the direction of my expat friend, I did manage to hunt down the one vendor at the feria and purchased 7 of them.

Yesterday I ended up making 2 versions. I boiled instead of baked - Option one -  camote with spices (butter, milk, cinnamon. nutmeg, brown sugar and a tad of vanilla & orange juice) Option two - I added the carrots to the mix and diced pecans. Used the mixer to whip them up. Then I added the carrot combo to Corn Bread mix and baked tiny muffins!

In the meantime, we are still on Hurricane watch but plan to have dinner @ 1pm. Storm due to make landfall at 5:09pm 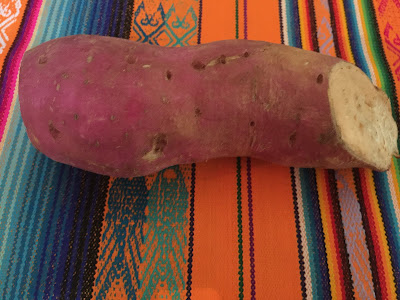 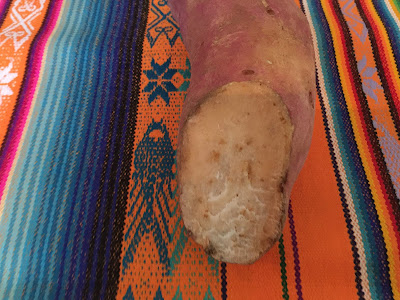 supposedly this is orange 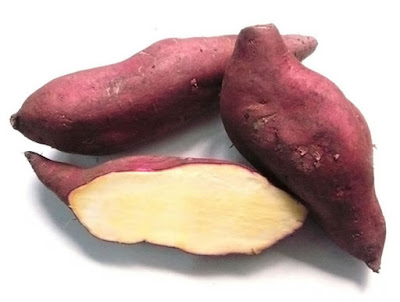 The Sweet Potato (not yams), called CAMOTE in Spanish, are native to Costa Rica and considered to be one of the healthiest of all vegetables.
They grow in poor soil with little oversight or care, with their vines spreading out on top of the soil and their tasty tubers developing underground.
The leaves are edible also, prepared like a spinach, so this remarkable plant gives us two harvests.
Works double duty as a weed suppressor.

Have a wonderful holiday with friends and family!