What's Pink Linen got to do with it? - Our Life in Costa Rica

This is taken from today's post over on my fashion blog Changing Direction however, since it happened in Costa Rica I figured I would share it here as well.
(BTW - If you aren't interested in fashion you might want to skip this post :)

We had big plans on Sunday to attend Barrio Escalante's La Luz outdoor food festival in downtown San Jose (about an hour away) -- but we woke up to rain. (BTW-the rainy season was supposed to be over in Nov -- we are more than ready for the beautiful summer dry season!!) We were going to the festival with a group of folks in a rented 21 person van. The instructions were to meet at La Terraza B&B for breakfast at 9am and leave for San Jose at 11. Usually the rain here is intermittent and a shower in the morning is not indicative of rain all day but as luck would have it, once we arrived, we found out that the forecast for Sunday was for rain -- all day! So, our event was canceled -- however, since we were already there and a couple of folks had cameras, we decided to take some photos of the beautiful grounds.

Also one of the ladies is a videographer and was shooting film for an upcoming ad for the B&B which I just might have a bit part in (stay tuned).

Since I haven't done any fashion shoots since arriving in Costa Rica and while the cameras were out I had Lavanson take a few pics of me in my pink linen and also a couple of video clips of me using the bridge as a make shift runway. 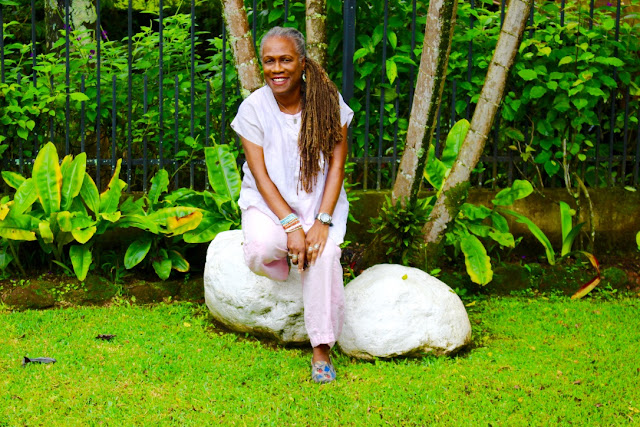 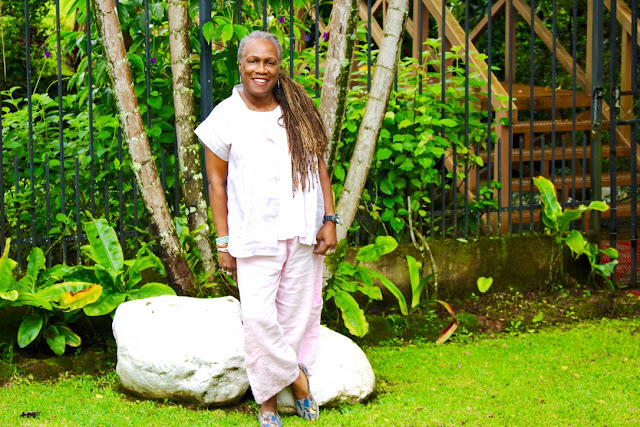 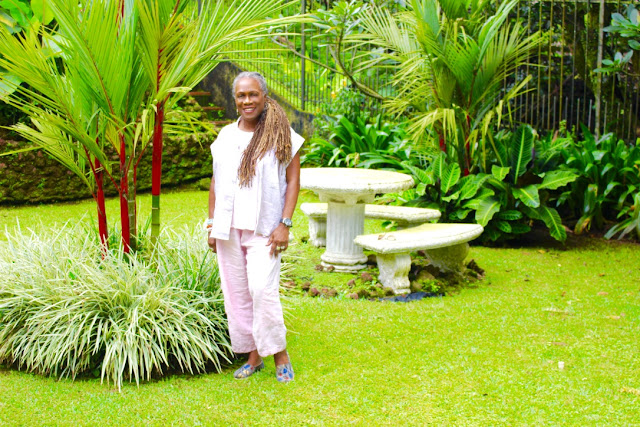 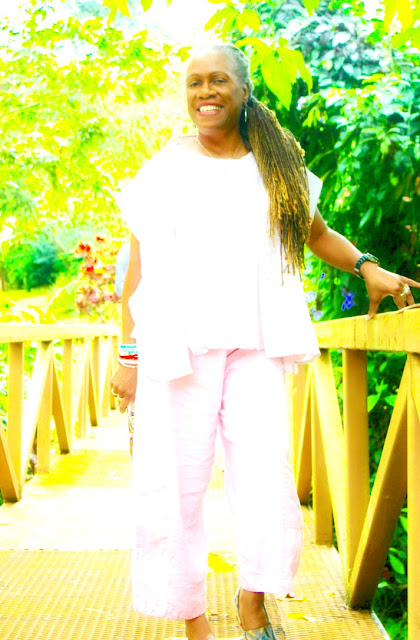 Canceled due to rain! from Devon on Vimeo.