It's Possible - Our Life in Costa Rica

When making our decision about which country we wanted to make our new home
it kept coming back to this...

Our #1 reason for moving to Costa Rica 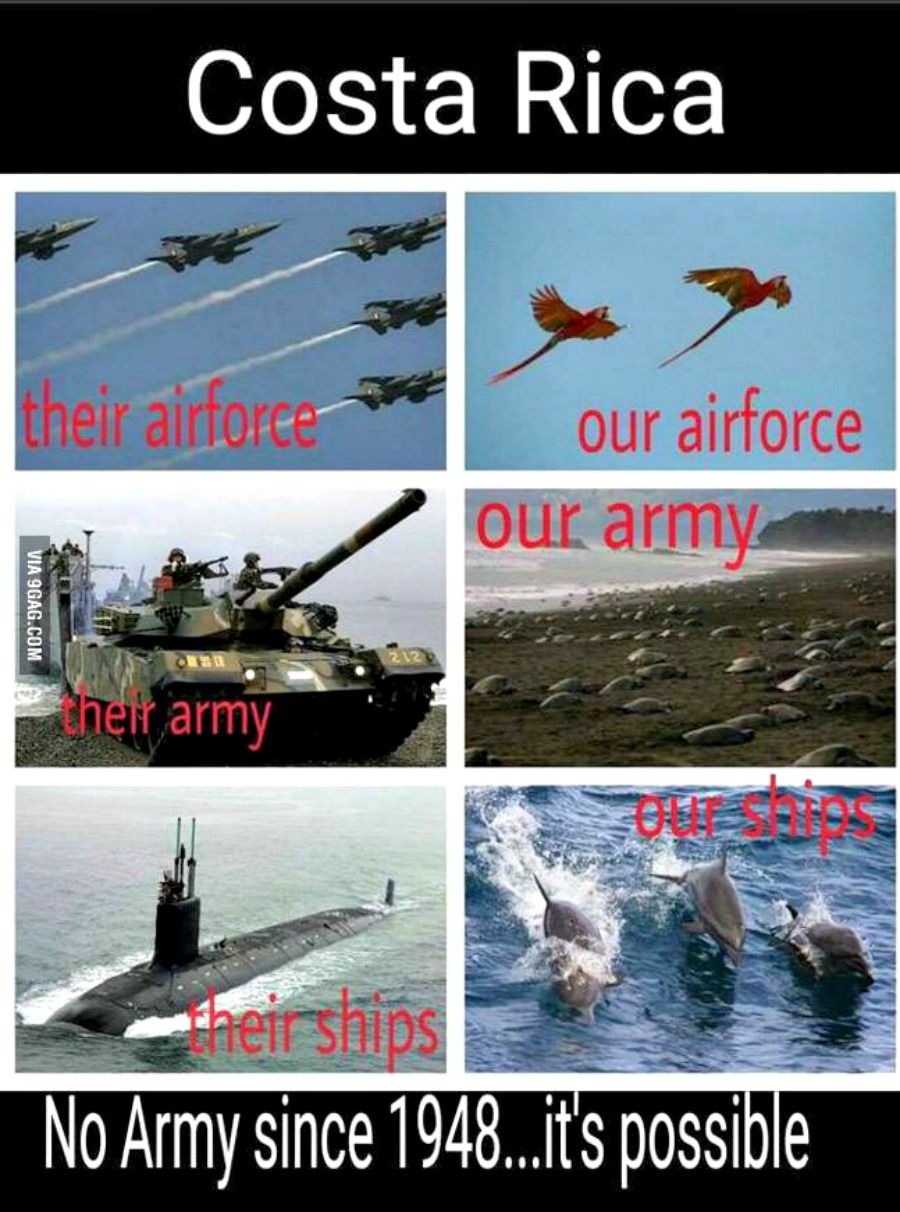 In 1987, Costa Rican President Oscar Arias made the happiness connection, obliquely, when he spoke before the U.S. Congress.

"I belong to a small country," he said, "that was not afraid to abolish its army in order to increase its strength. In my homeland you will not find a single tank, a single artillery piece, a single warship or a single military helicopter.... Today we threaten no one, neither our own people nor our neighbors. Such threats are absent not because we lack tanks but because there are few of us who are hungry, illiterate or unemployed."

When visiting dignitaries arrive in San Jose, they are never met by bands in military-style uniforms or uniformed national officials of any kind, because by law there are none; rather, foreign VIPs are met by schoolchildren wearing the visitor's national colors.

Arias was addressing Congress because of his role in negotiating peace in the Contra war in neighboring Nicaragua. The United States had employed strenuous economic and diplomatic arm-twisting in hopes of getting Costa Rica to rearm and join it in fighting the Contras. When that effort failed, the Reagan administration was greatly annoyed. But two months after Arias' Washington speech, he was awarded the Nobel Peace Prize.


Peace & Blessings on this Mother's Day
and EVERY day to follow!!
☮