Simple but Different - Our Life in Costa Rica

Our 3rd bedroom is on the "darker" side of the house. Since it doesn't get as much sunlight, we decided to put a fan in there to cut down on some of the humidity during the rainy season.

We went into town to purchase one. Now, you probably think that would be a simple task right?
Well, I guess it is "simple" but boy is it DIFFERENT!

Of course first I had to figure out the proper Spanish name for a fan.
(I think it is el ventilador) 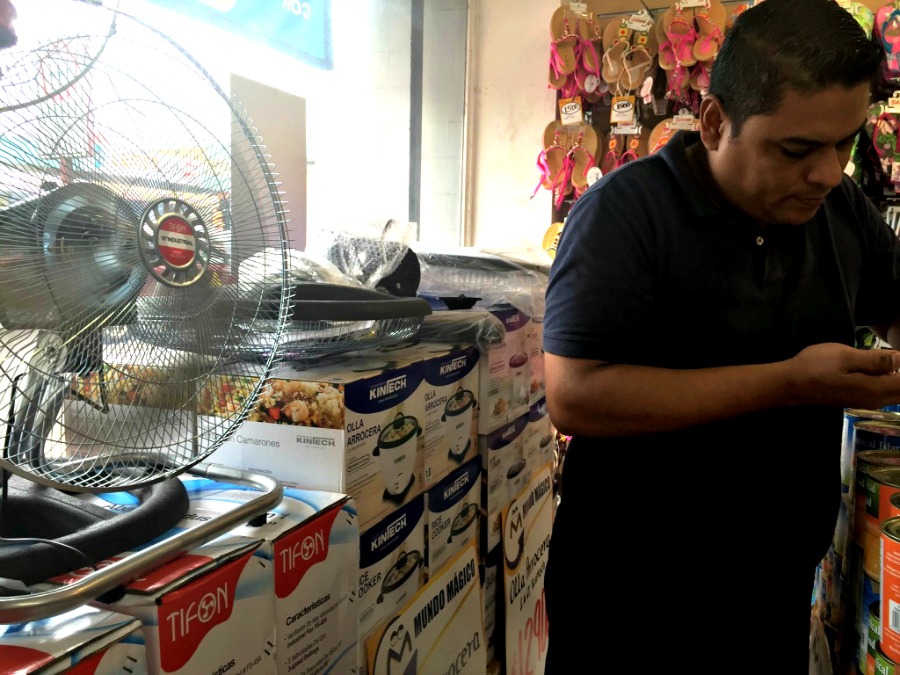 Our 1st stop was Mundo Magico Grecia, located right across from the bus station.
I've looked for fans in the past and interestingly enough, even though it is hot here, fans are not always readily available.

On this occasion I got very lucky as we were greeted in English (pretty rare in Grecia).
I told the salesman what I needed and they just happened to have fans on sale. 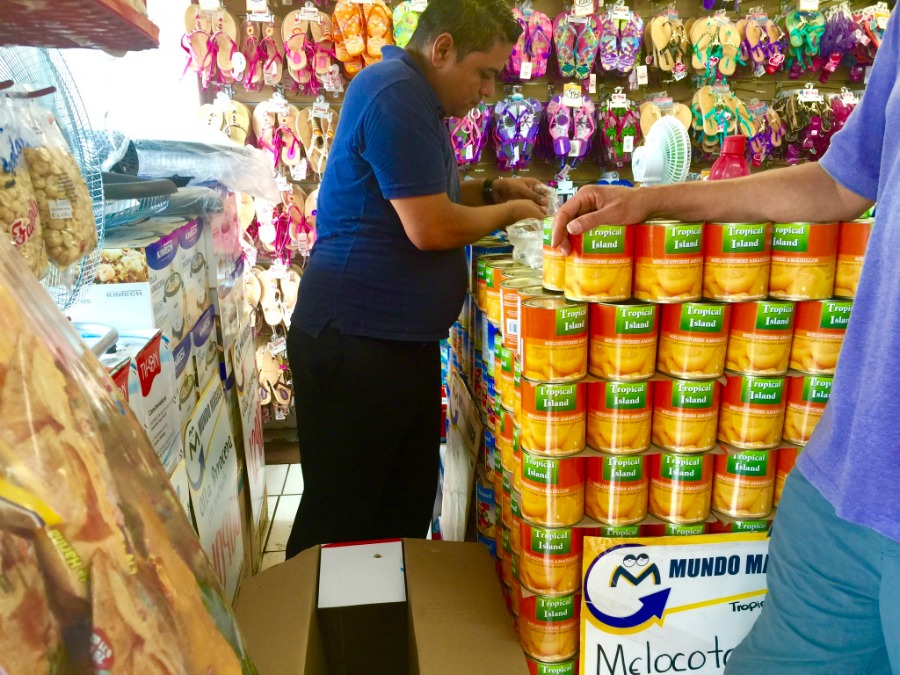 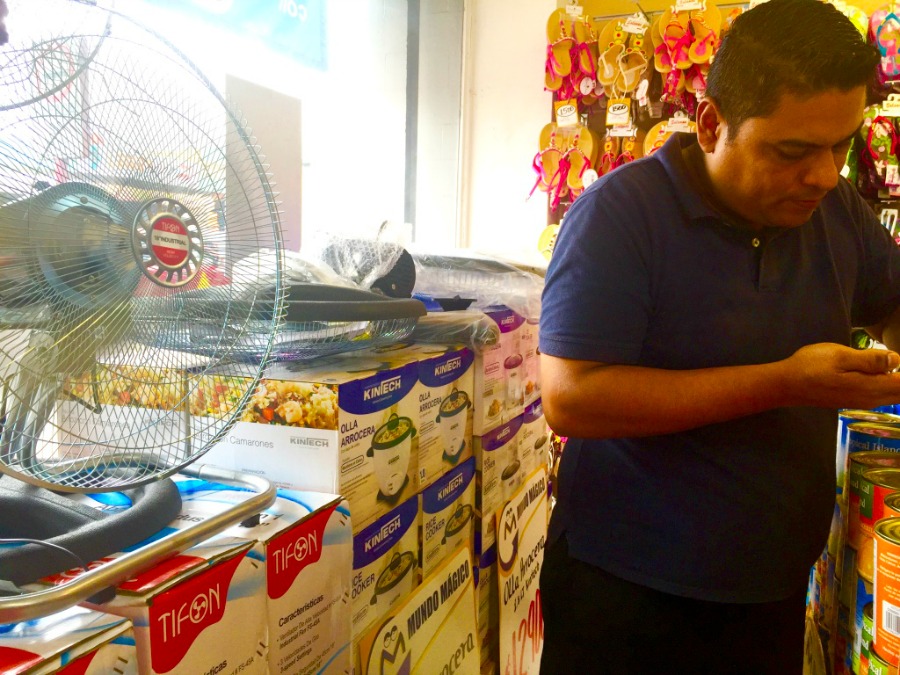 Except the sale was for 2 fans and that meant they were both packaged together in the same box. He gave me the option of coming back in 5 days and he would have it assembled of taking the fan with me. We chose the latter. 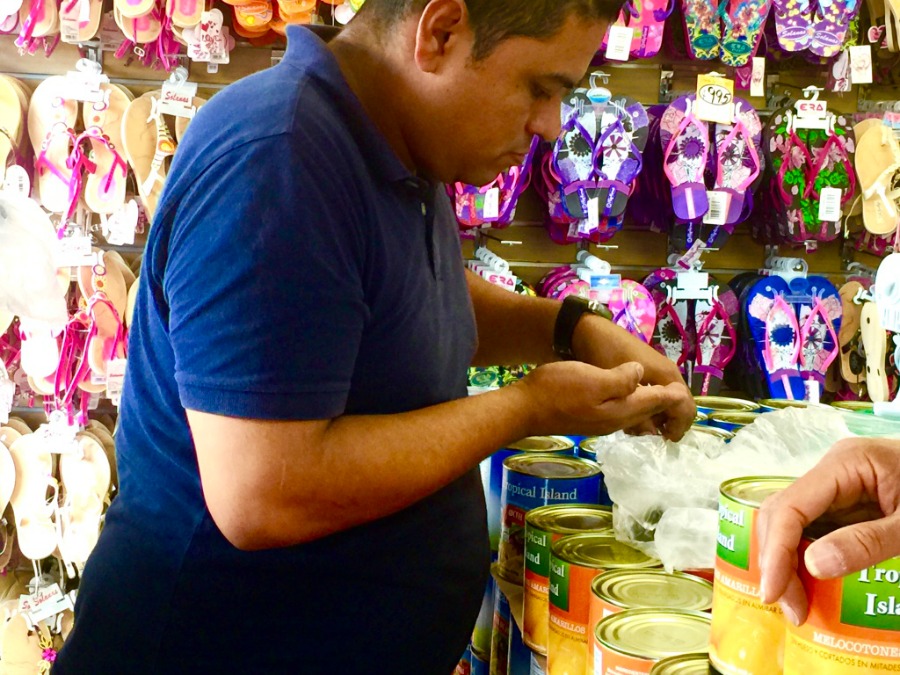 So he opened up the box and took out all the parts. He methodically separated them into 2 stacks. Motor, stand, screws etc. He counted out every single piece in front of us, put them in small bags and then loaded my portion into a huge yellow bag.

My cost $20. They rang me up at the register and instructed me to save my receipt and if anything was missing or the fan did not work to bring it back within THREE days for exchange or return. 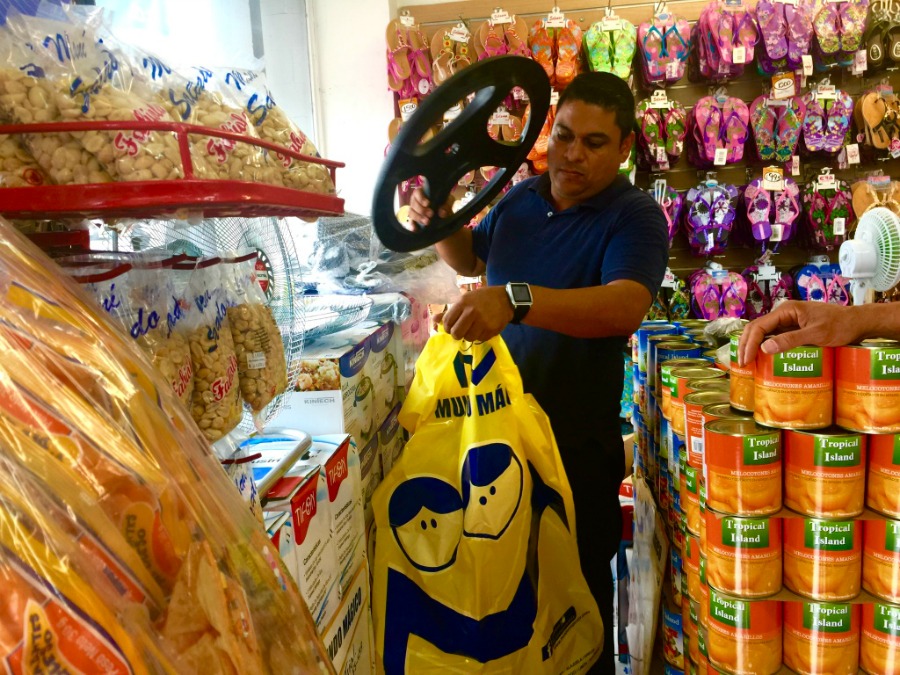 Although the fan situation caught me a little off guard, this is also part of the normal procedure when you buy something (including lamps).

For instance there is a tester (electrical socket) at the register where they will check the bulb in the lamp to make sure it is working properly. They will also check your merchandise to make sure there are no unusual scratches, cracks or dents. (check as they do, I have purchased several items with scratches which back in the states I would not have purchased -- but here in Costa Rica it is often the best you can do). Many of the items are made in China - so you know the deal.

BTW - We're (or I guess I should say Lavanson is) going to assemble the lamp tomorrow (day 2) so we will have another day to return it should it not work properly.