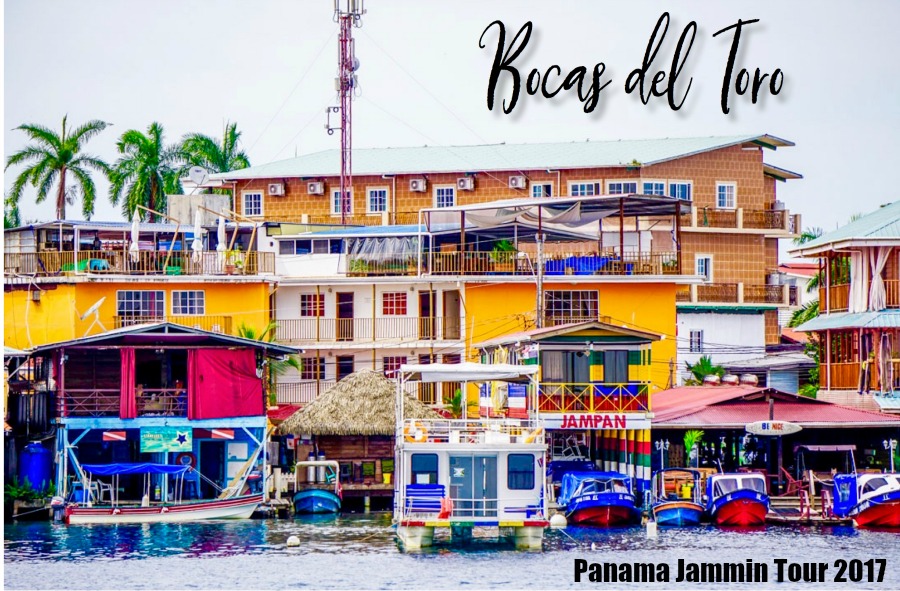 Our final stop on the Panama Jammin tour included 2 nights in Bocas del Toro, which is just enough time to get the feel of the place but nowhere near long enough to explore all that Bocas offers.

The archipelago has 9 main islands, 52 cays, and thousands of islets. Home to a UNESCO World Heritage Site and Panama's first National Marine Park, Bocas del Toro has also become one of Panama's most visited eco-tourism destinations. Considered the 'Galapagos of the Caribbean' Bocas del Toro is also one of the most biologically diverse places on earth.

Water taxis are available to take you from island to island but we were not there long enough to do much island hopping. One of the islands I really wanted to visit was Bastimentos (Often considered the more relaxed alternative to the busy streets and bars of Bocas del Toro and only 10 minutes away by water taxi)

Our hotel (pretty self contained) was conveniently located for water taxi service but a bit far from town for walking.

The beautiful, clear water of the Caribbean!
You can rent these cabinas 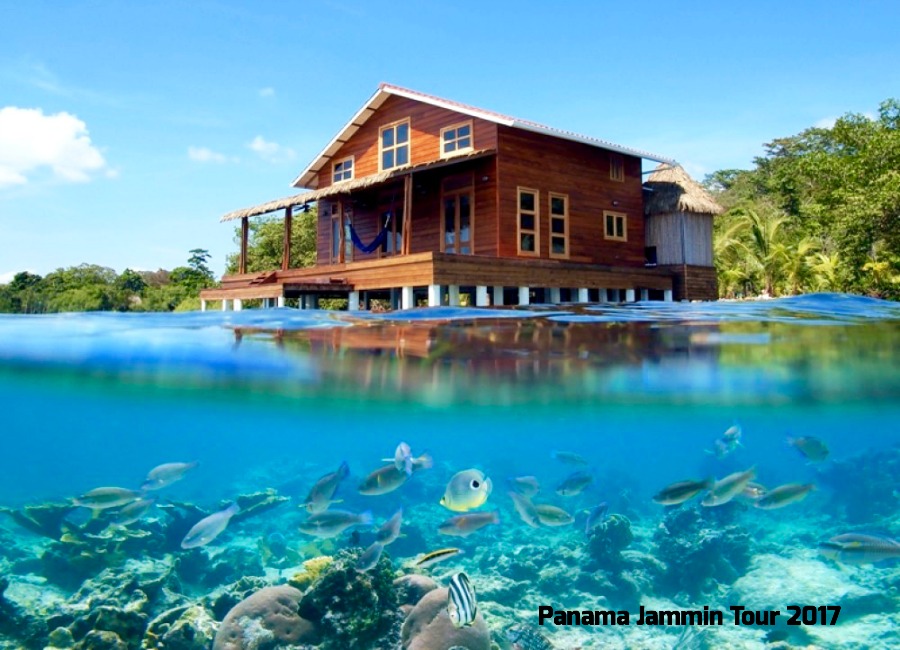 You could see the bottom which makes it an excellent location for snorkeling.
Nothing more beautiful than the beautiful turquoise water of the Caribbean
why is that? 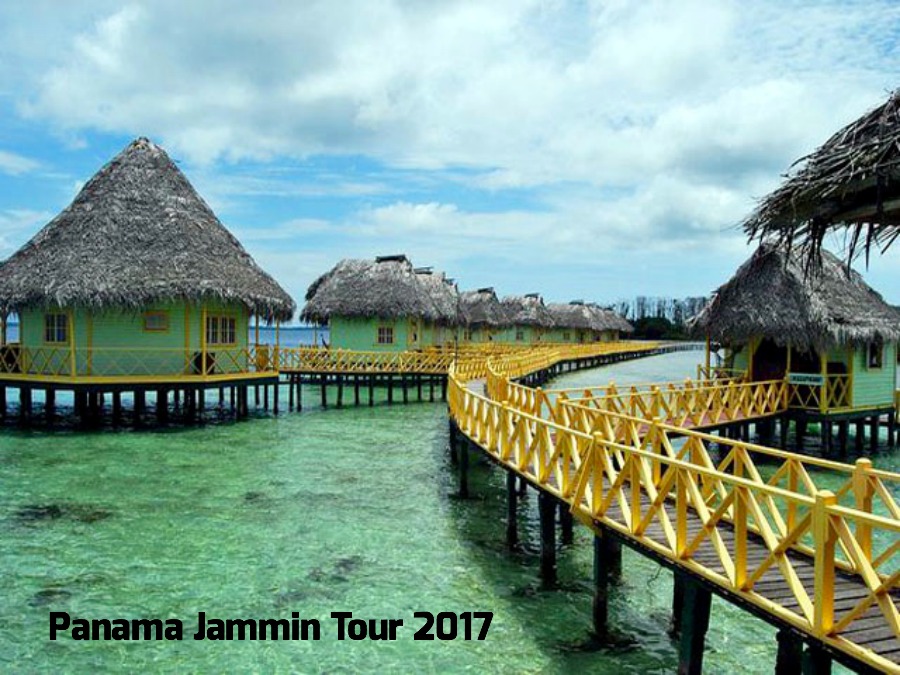 We will be making a return to Bocas del Toro!! 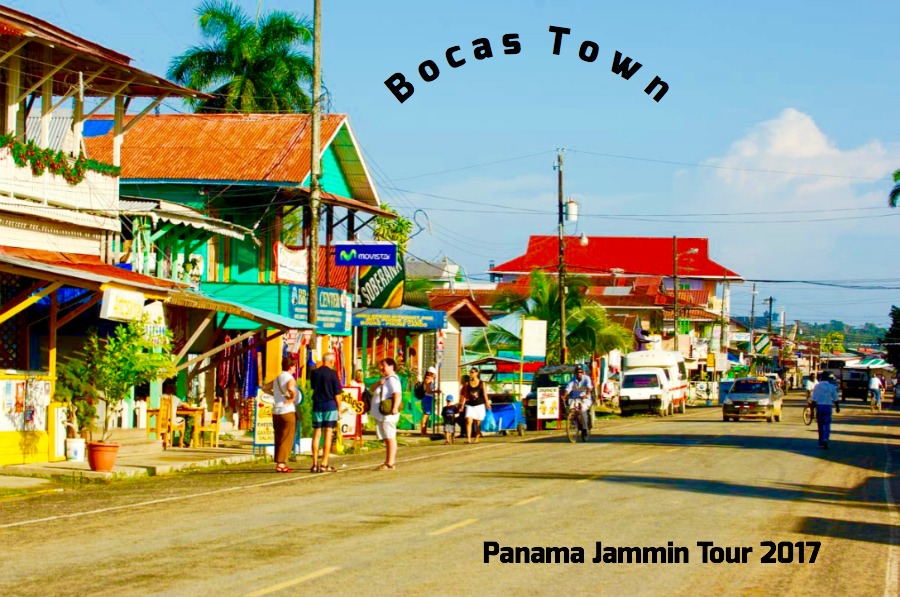 Lots of shops and restaurants 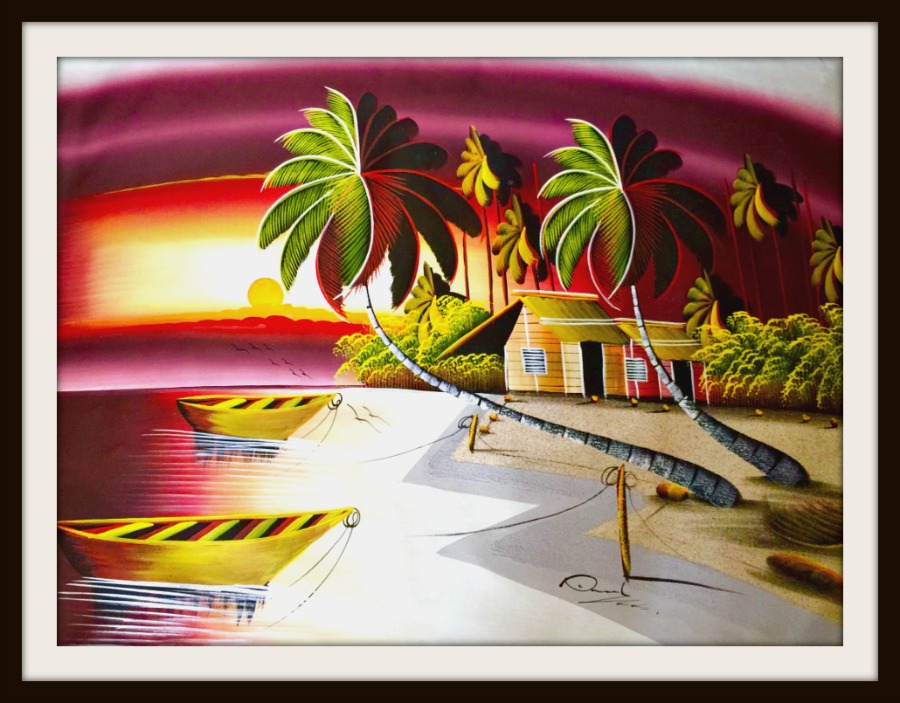 As usual I was out scouting the town (aka shopping) for art and locally made crafts. I purchased the painting above (to date, still unframed) from one of the Bocas street artists. We were in such a rush that I forgot to take her photo. When we return I plan to look her up and get some information about her work along with a photo.

Our day in Bocas - Video Below

As you will see in the video, we decided on a dolphin watching excursion.

In Bocas del Toro, there is a resident population of bottlenose dolphins estimated between 100 to 150 animals. Half of these animals are believed to be year-round residents. Many of the dolphins are in Bocastorito Bay also known as Dolphin Bay. This is where most of the dolphin-watching activities concentrate. The bay is an important nursing ground for mothers and their calves. It is also a important habitat for feeding and social activities.