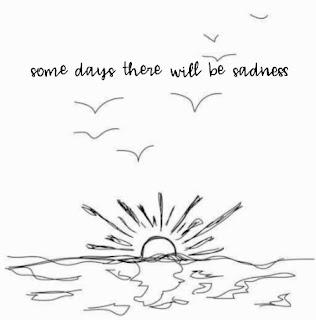 It has been a week since tragedy struck our little family in Costa Rica. I don't have the strength to post any photos right now but here's what happened.

Last Friday we returned from our 3 day trip to Ft Lauderdale. It was around 1pm. We arrived back at our home to be greeted by our cat Luis and our 2 yorkies, Lily & Lola. The girls were super excited to see us, as always, and I had brought them some treats and some of the special cooked chicken they like and had not had since we've been here ( I carried it in a small freezer bag in my luggage). It was pretty much business as usual after that.

Around 6pm we were all sitting in the living room waiting to watch the next Warriors basketball game and the girls were sitting on the sofa, one on each side of me. The side door was still open for them to go out and use the bathroom in the enclosed, narrow, cemented and gated area where they play. We usually close it up around this time (mostly so that Luis doesn't sneak in as he has a tendency to do after dark). At about 6:15 Lola jumped down from the sofa and ran out the side door barking. Lily immediately followed her out. There was a lot of barking going on which usually means Luis is somewhere in the area taunting them but still I asked Lavanson to go out and check on the commotion and bring them in and close the door.

When he got outside he yelled to me that the dogs were attacking something, which he thought was a mouse but it turned out to be a cane toad, a very toxic animal. Both dogs were attacking it and when we could get them to stop, it was obvious that they were already being affected. Lily had the venom on her face and Lola had already lost control of her limbs (it attacks the nervous system). Both girls weigh less than 6 lbs so it didn't take long for the poison to spread through their bodies. It has now been about 10 minutes. We have called the vet for emergency assistance (we followed their instructions to wash the poison from their faces only, they did not say to give them milk (a much talked about option) & a taxi is in route to take us to the vet in town). At this point the girls are in convulsions on the kitchen floor. Then, they went still. I think there may have been some shallow breathing as we rushed them to the vet. Total time elapsed now, maybe 25 minutes. When we got them there - it was too late. They were both gone. They were so small, they really did not have a chance. I think it is better that they both went together though. They lived their lives together and I do not think that one could have been happy living without the other. So they are still together.

The loss and sadness we feel has been overwhelming to say the least but I have had lots of time to think and reflect.

The Yorkshire Terrier is a small dog breed of terrier type, developed during the 19th century in Yorkshire, England, to catch rats in clothing mills so they were just doing what terriers do. I feel like I need to find something or some way that I can help other people who have pets in Costa Rica so that they can be aware of the danger. Since telling my story I have heard so many people tell me that they have seen these toads in their yards as well and most are worried about the safety of their pets. To date there is no antidote. A friend of mine here in Costa Rica has already been researching the problem with vets in Australia (where the cane toads are very prominent). She has been trying to see if there is something we can have on hand to use if this happens to one of our pets to buy the precious time needed for them to get medical attention. She said she is now more inspired than ever since hearing of our loss and I am going to work with her to get the information out to help as much as I can. My babies will not have died in vain!

I will let you know when I have decided how to share more information. Will probably add a section to the blog for information.

(Also, outside dogs tend to stay away from these toads as well as cats)

I saw this yesterday... so looks like there may be something available in the future


Ticos Invent Syrup That Would Prevent Death Of Animals From Poisoning