It's a Beautiful Story - Our Life in Costa Rica Yr #3

On Sunday, August 26, six of us travelled from Grecia to San Jose to attend the 2018 Limon Roots Awards, held at the National Theater.  We also met some fellow US attendees from Michigan. They visited Limon for 5 days with a group of 27 black youths. They were here to honor their hero Dr Quince Duncan (Dr. Quince Duncan is Costa Rica's most important living Afro-Caribbean literary figure) 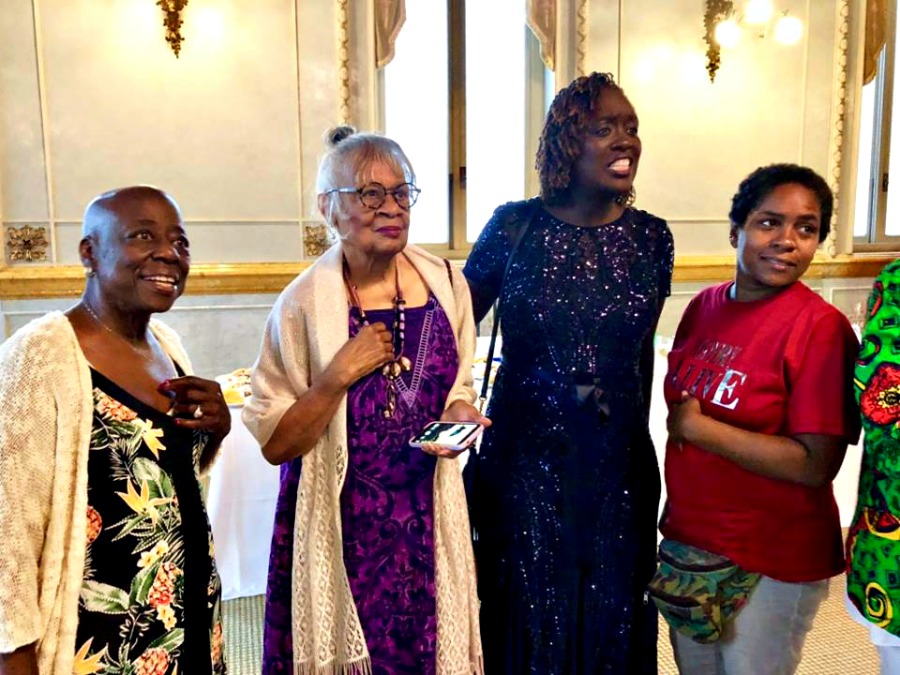 The Limon Roots Awards - Is part of the month-long celebration of Afrodescendants in Costa Rica, the Limon Roots 2018 Awards festival is the brainchild of Ramiro Crawford.  Being honored this year was Dr Quince Duncan, who celebrated his 50th year of writing, and the Mighty Gabby, master calypsonian from Barbados.

The show is mostly in Spanish and since ("yo solo hablo un poco de español") when the show was over I relied on my Costa Rica friend Natasha Gordon-Chipembere to help me put some of the loose ends together. However, even with my limited Spanish I was able to get the gist of the stories (NEXT YEAR I plan to be more proficient in my Spanish! promise!)

So, with the help of Natasha - here's an overview of the evening.

The Anansi Stories - Have you ever heard of the Anansi or Anancy stories? I had not. They are famous West African stories that have traveled through the middle passage with enslaved Africans to the new world. 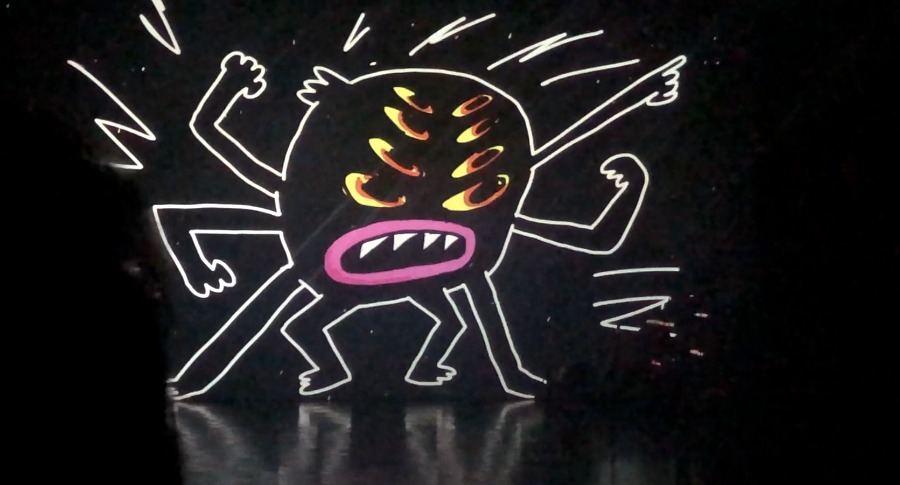 The Spider
As a trickster, the main character often deceives and exploits his fellow creatures for his own benefit. "Tricksters will themselves be duped and humbled. And however selfish and cruel they are, their antics provoke affectionate laughter, while their quick wits and mystic power inspire awe." 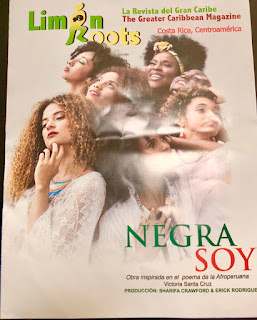 The highlight of the evening was a play, NEGRA SOY, directed by Sharifa Crawford and Erick Rodriguez. This play was a profound, critical meditation, a reclaiming of Blackness but specific to the invisibility of black narratives in Costa Rica and the price of being inside of black skin as a woman of color. Seven women told the story of growing up being taunted because of their curly hair, chocolate skin and rounded noses; of being on the margins in Costa Rica, especially in San Jose, where blackness and womanhood were symbols of vulnerability. Sadly most people came to San Jose to continue in school but many felt the need to straighten their hair in that fragility - these women rose! They, as a collective of beauty, told how they finally came to claim all which once brought them shame - their sensuous curves, the curl of their hair, the sheer melody of their rich brown skin. The voice of Stephannie Davis White shaped the entire production with its power.

I created a video highlighting snippets from the show (excuse me as I had to video over the heads of the people in front of me LOL) but I hope you enjoy it!
And MUCHAS GRACIAS 👏👏again to Natasha for her help!! Love You!!!💋


It's a Beautiful Story from Devon on Vimeo.