A  few weeks ago the "brothers" were back in town. My brother, Russell, was in CR for one month to attend the EF International Language Spanish Immersion School in Tamarindo, Costa Rica. After class he came down to Grecia to spend some time with us. Lavanson's brother Charles, who lives in Jaco Costa Rica, also came up to Grecia so we could all hang out together.

We were all sitting around one afternoon, (we also had a rental car in our possession) and someone said "let's go somewhere" so we up and drove to Cartago.

We started the trip about 1pm in the afternoon, which really wasn't such a good idea, because it takes about 1 hr 30 mins to get there, which meant that we weren't going to avoid the rush hour traffic on the way home AND we would be driving home after dark. In Costa Rica most expats try their best to be off the road when it gets dark, especially if you are not used to driving here. This is because most roads and even the auto pista (the Costa Rica version of a freeway) are nothing like the roads and freeways in the states and because "doing so can be rather challenging. Quite often, it is pitch-black, there are no markings on the road, no guardrails, and no signs directing you to your destination. In the rainy season this can be even more dangerous. Depending on where you go, there might be no road surface, no bridges, or wide open precipices to fall into." This is not a hard and fast rule, but something to consider.

Anyway, off we went.

Our first stop was to the ruins.

The ruins of the Santiago Apóstol church in Cartago's central park, known as "Plaza Mayor". 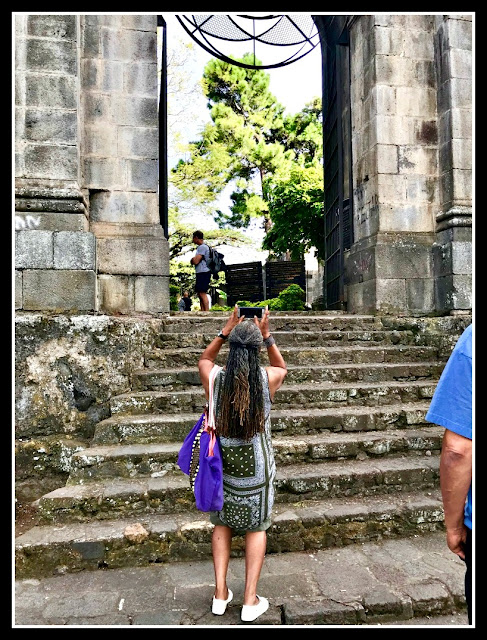 me
Several churches have existed on this site since 1575. 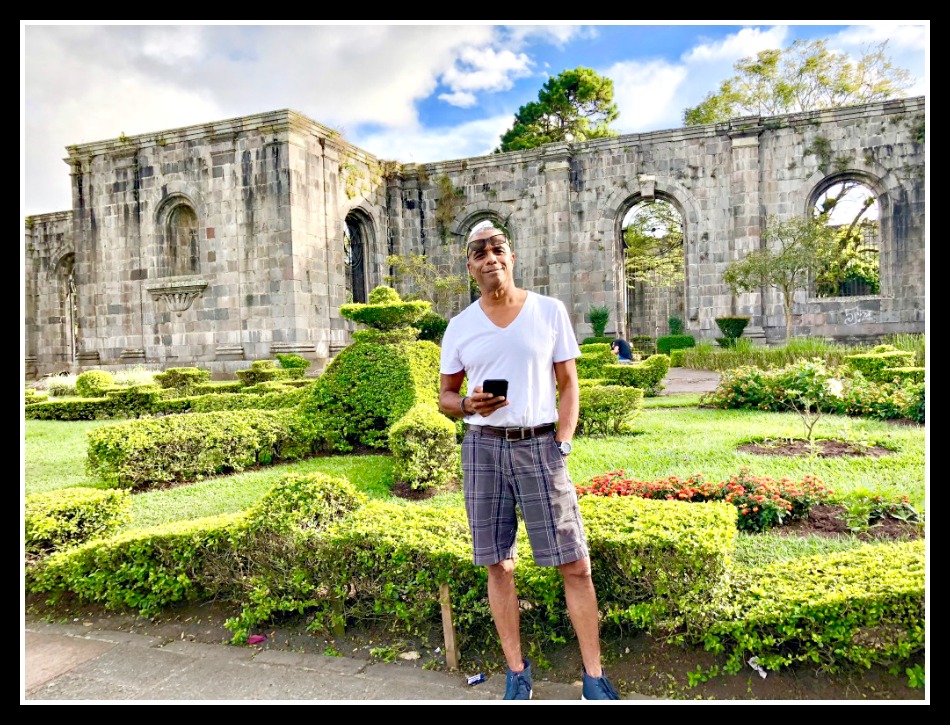 I'm thinking the church was NEVER meant to be. 😏

The first building was damaged in 1630 by an earthquake, and was demolished in 1656, when a new one began to be built, which was finished and consecrated in 1662. This second structure had two chapels, one used for praying and the other one for funerals, and both were safeguarded by the local townspeople. In 1718 the then old and deteriorated church was heavily damaged by another earthquake, leading to repairs. In 1756 another earthquake damaged the church, forcing further repairs. It was finally destroyed on September 2, 1841, by the San Antolín earthquake. In 1870 the last attempt to rebuild the church was started. The new parish was built and designed with a Romanesque style, the only one found in Costa Rica. The construction was halted for thirty years, and was restarted again in 1903 or 1904, before being completely canceled in 1910, after the Santa Mónica earthquake. So, they are not ruins in the strictest sense, since the church was never actually completed.

Today it is a tourist destination, used as a public park, with occasional masses and was declared a "Historic Relic" on August 25, 1982. 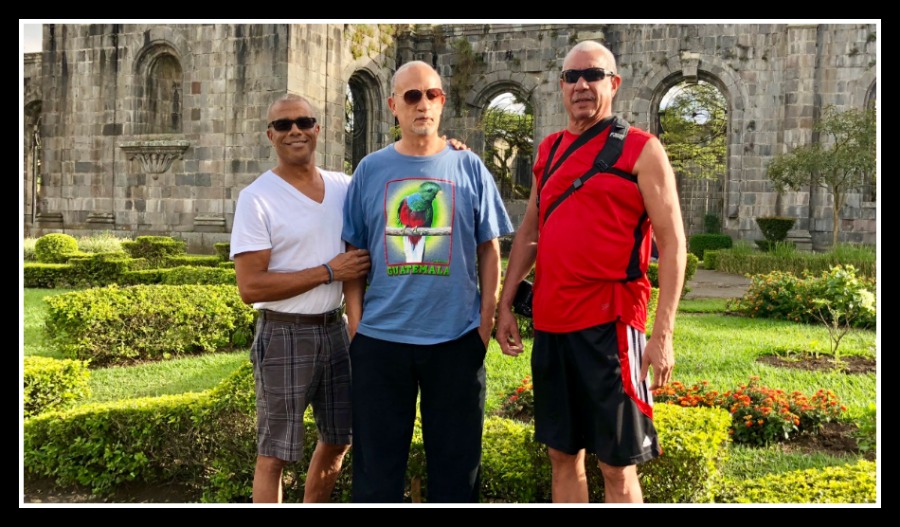 Next on to the Retro Cafe for a bite to eat. Finally, making our way to the basilica.

We made it to the church but when we looked up, we noticed how late it was getting (now around 5pm). No way to make it home now before dark. A light rain had begun to fall and the streets of Cartago were already showing signs of rush hour.  So we decided to come back another time to see La Negrita. We headed for the gas station and then began the long journey home. We missed our exit on 3 occasions and arrived home around 8pm (total distance 44 miles).

Definitely worth going but next time...we go early!!

Here's our video below

Day Trip to Cartago, Costa Rica from Devon on Vimeo.