A matter of black and white? - Black in Costa Rica (4)

I contacted Annette, one of the black expats I had met on the Grecia Costa Rica expat forum.  She recently relocated to Grecia in Jan. We had planned to get together for lunch to hear about her relocation experiences. Annette had also extended the invitation to some of the other expats in the area. We were to meet at San Miguel’s restaurant at 1pm.

Since Jeanetta had invited Professor Sherman Thomas to speak and arranged a BBQ for the same day, I asked Annette if we could switch the venue and have her and the group come to Jeanetta’s place instead.  I told her that the professor would be speaking about the 2 faces of Costa Rica (a history of race relations in Costa Rica) and that the group might find the subject interesting as well. We went back and forth a few times regarding time and details. She contacted me later to let me know that some of the group would be coming and that she would arrive early.


A University alumnus could become the first black president of Costa Rica. Dr. Sherman Thomas is a long shot in the Feb. 1 election, but overcoming adversity is nothing new for Thomas. 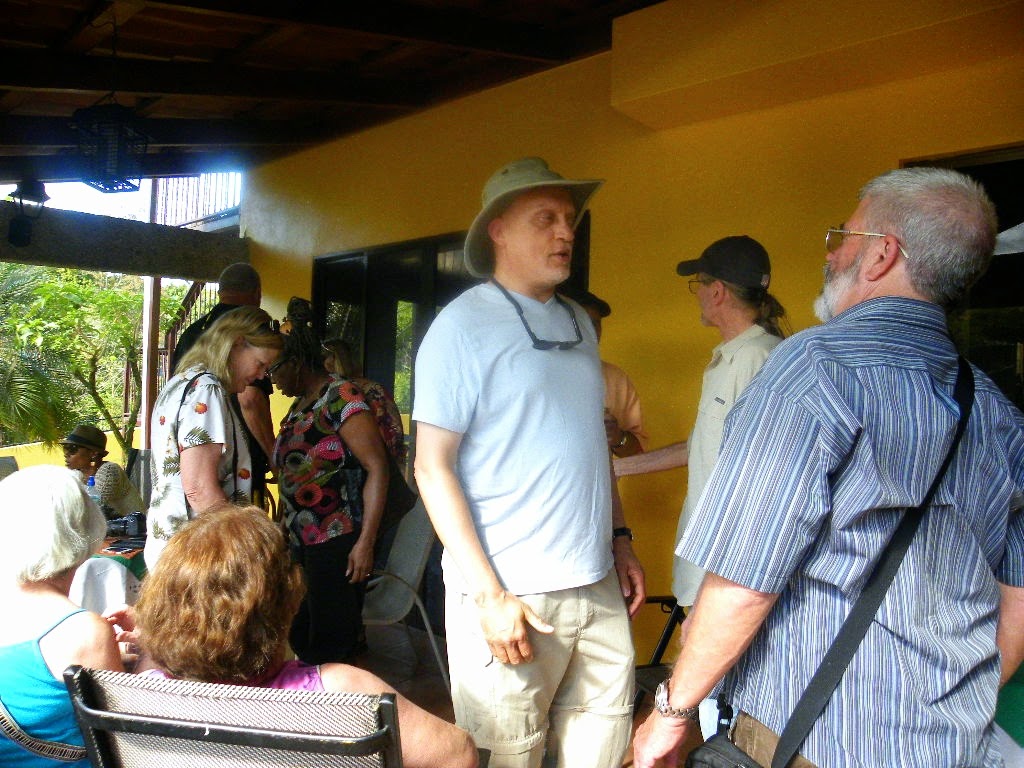 Later in the afternoon the group showed up. I think there were probably 12 or so. We chit chatted a bit and listened to the stories of several of the group. Jeanetta announced that Professor Thomas would be speaking but that he was running a little late, she even joked about the fact that she was delaying serving the food because she didn't want the group to eat and run. 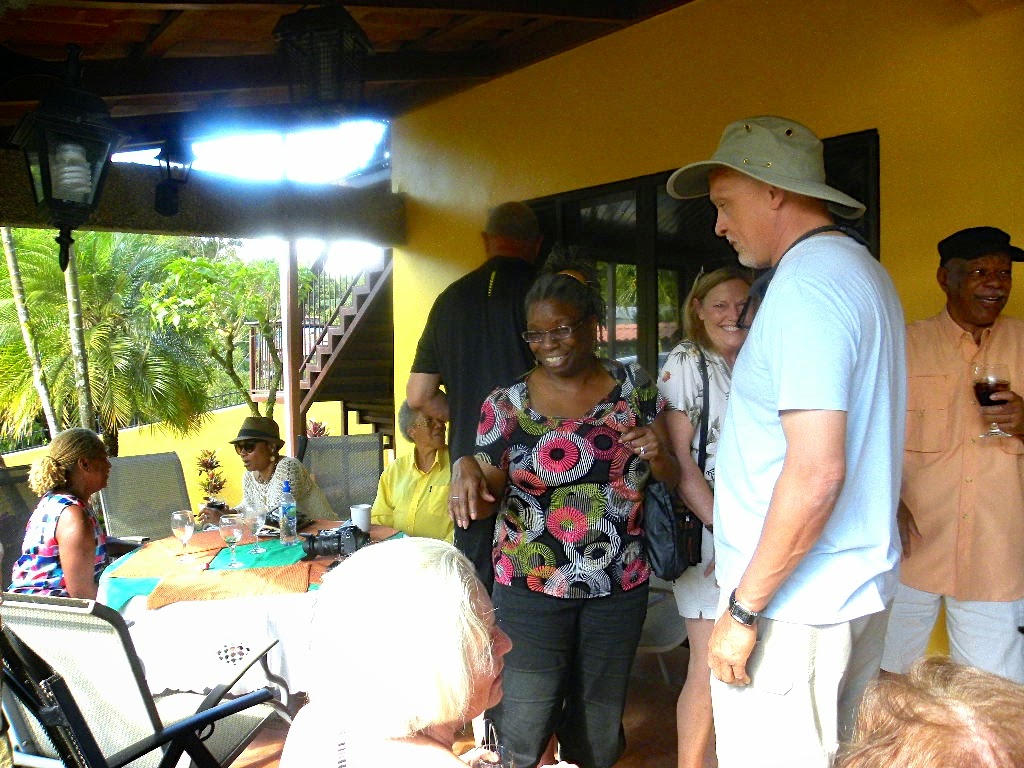 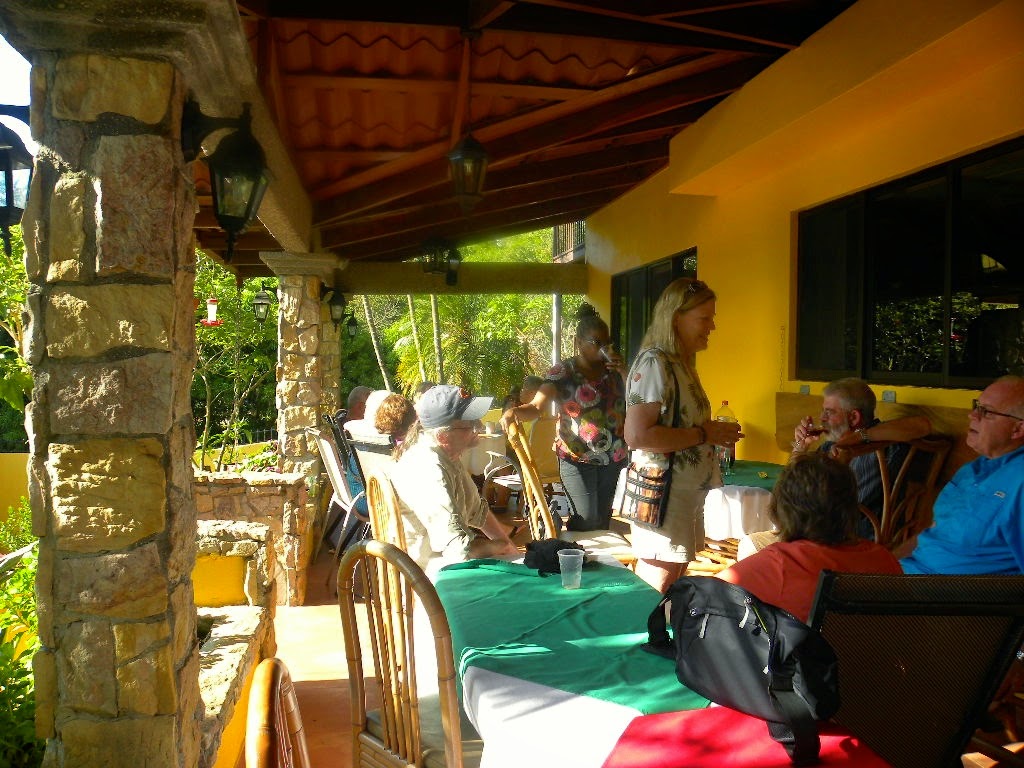 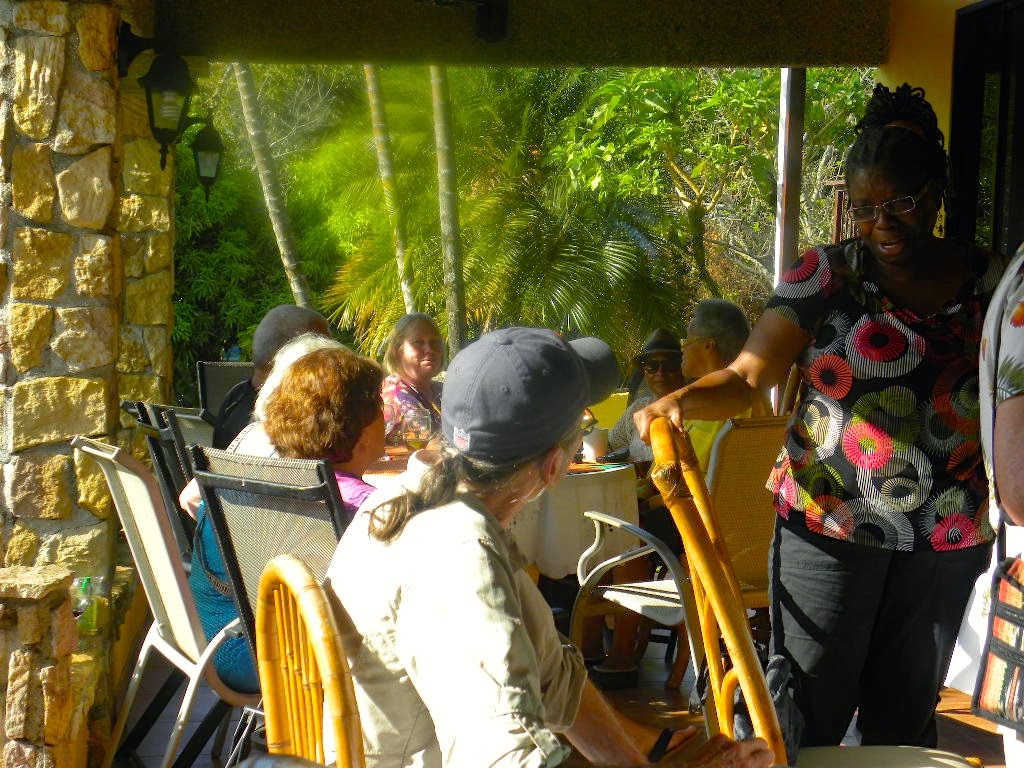 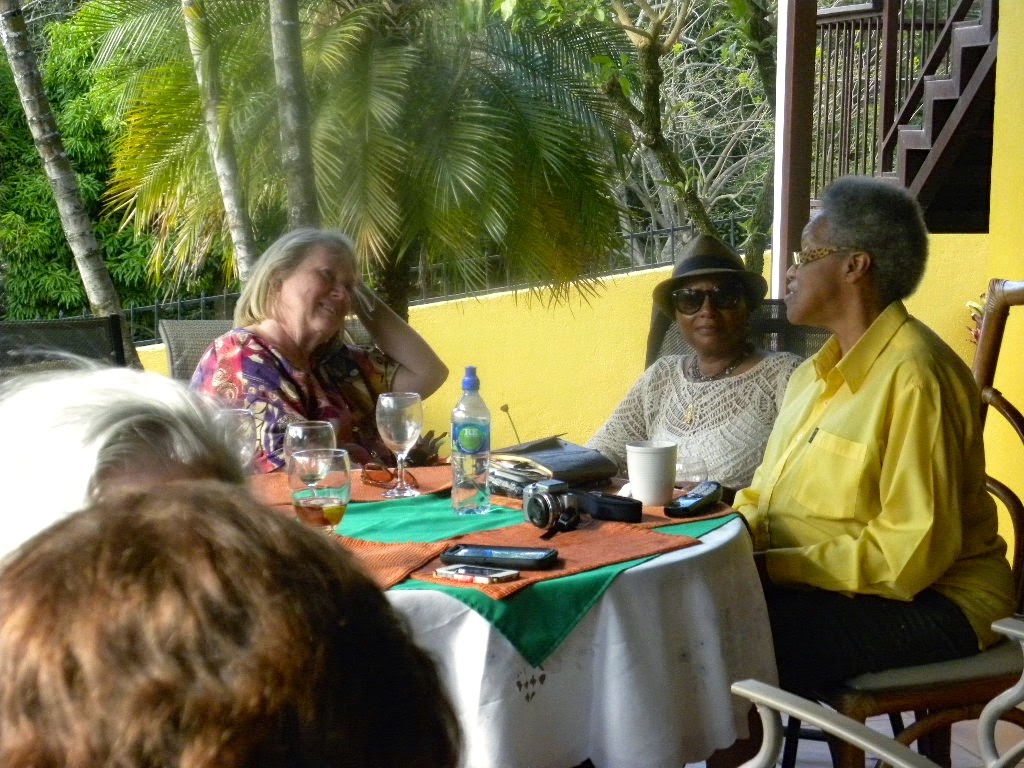 While we waited (and partly to fill the time), Sandra, one of the other expats that we met earlier spoke to the group about an international healthcare plan that was available for expats. 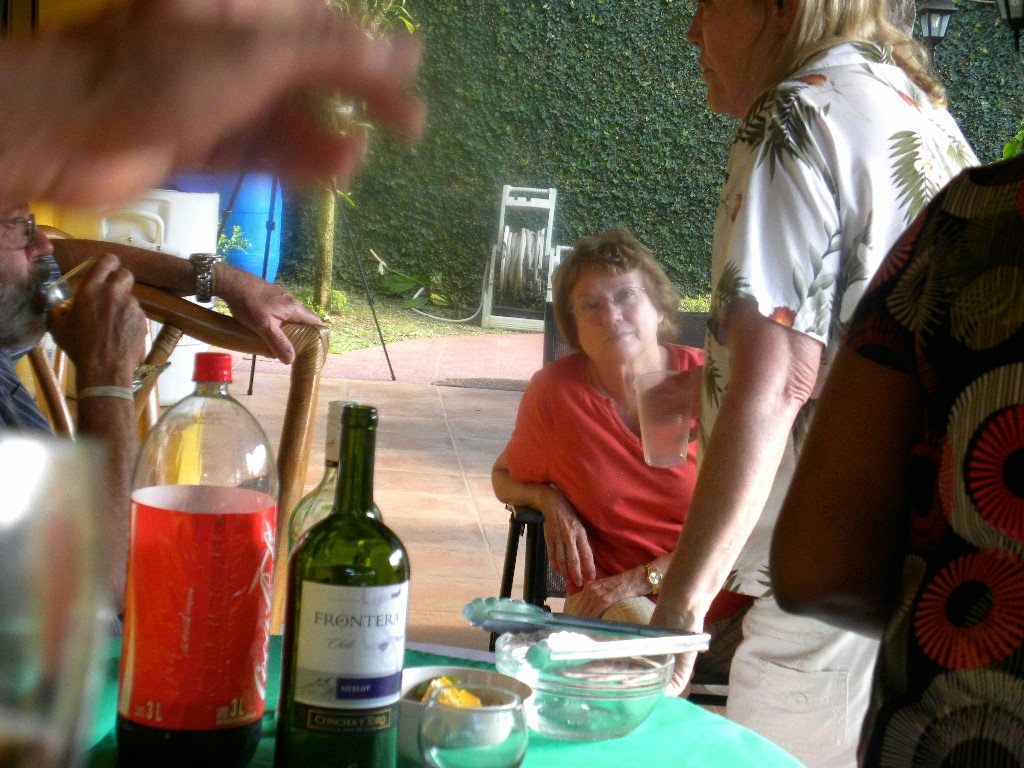 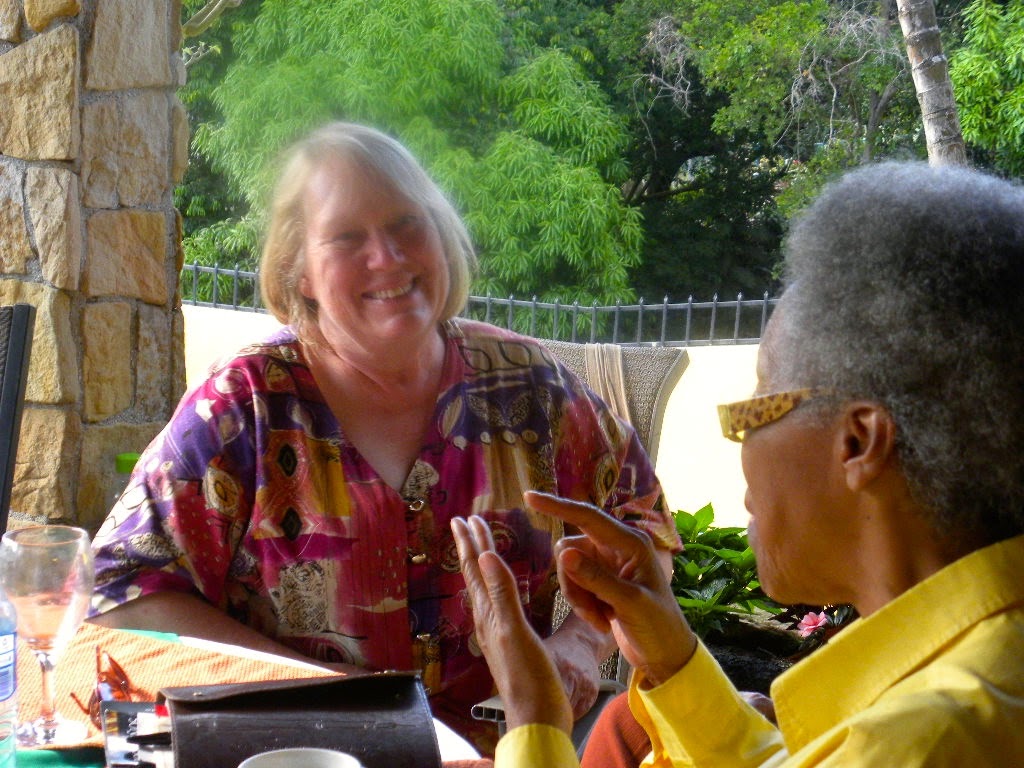 After her presentation (and since it was getting late) Jeanetta agreed to go ahead and feed the hungry group. It was a very nice spread which Christina had prepared to share with the group. 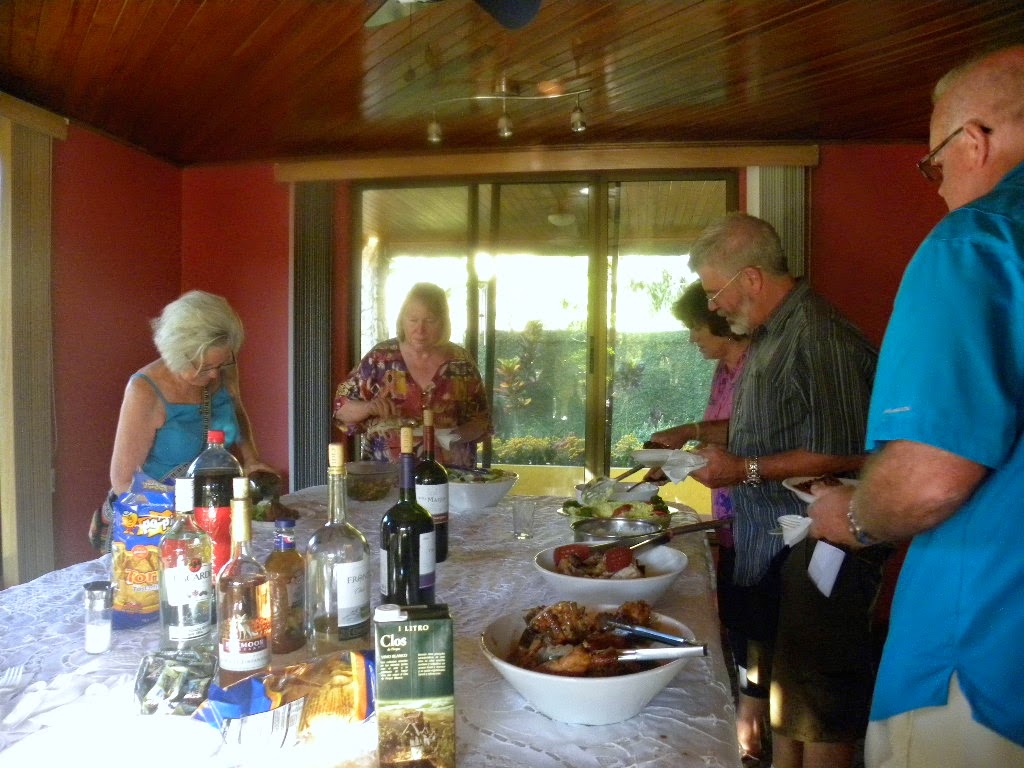 Everyone seemed to enjoy the food.

Soon after eating, (and as darkness began to fall) Professor Sherman Thomas arrived.

At the same time Dr Thomas arrived the expats decided it was time for them to leave. They pretty much exited en masse. One couple said they had a car to pick up and others said they were riding with attendees who were leaving. As professor Thomas began his talk, one expat interrupted him to say his good bye.

I have to admit, it all did look pretty strange.

Turns out that all of the white people left, leaving only the black people. Jeanetta took it as a personal insult since she had invited them over, fed them and expected that they would remain for the speaker. I was not sure exactly what happened but felt as though the group never really intended to stay for the talk.

Later it was explained to me that Annette misunderstood me and thought that we (my group) were meeting with the professor at 1:30 and the Grecia expats thought they were coming to share their personal stories. Since it was getting dark and there are "road issues" at night, they all decided to leave - at once. I guess you could call it a "convenient" misunderstanding.

Personally, although I felt their exit was very rude, I think the right group and the group that was interested in hearing the story, was the group that remained. The Grecia expats are after all, from the U.S, and many of them are not interested in learning (nor are they concerned) about anything that has to do with race relations in the U.S or anywhere else for that matter. That is the attitude of "priviledge"

However, it was a marvelous talk.  Professor Thomas also brought his son and his wife with him. His son is wise beyond his years and his wife is an attorney and also can help expats with Costa Rica residency. She recently did an article for International Women's Day which I will post and also post some of the information Dr Thomas shared in his talk.

Our group is very grateful and thankful. We feel blessed to have met Jeanetta. It was more than kind of her to open her home to the group. I am only sorry it ended as it did. 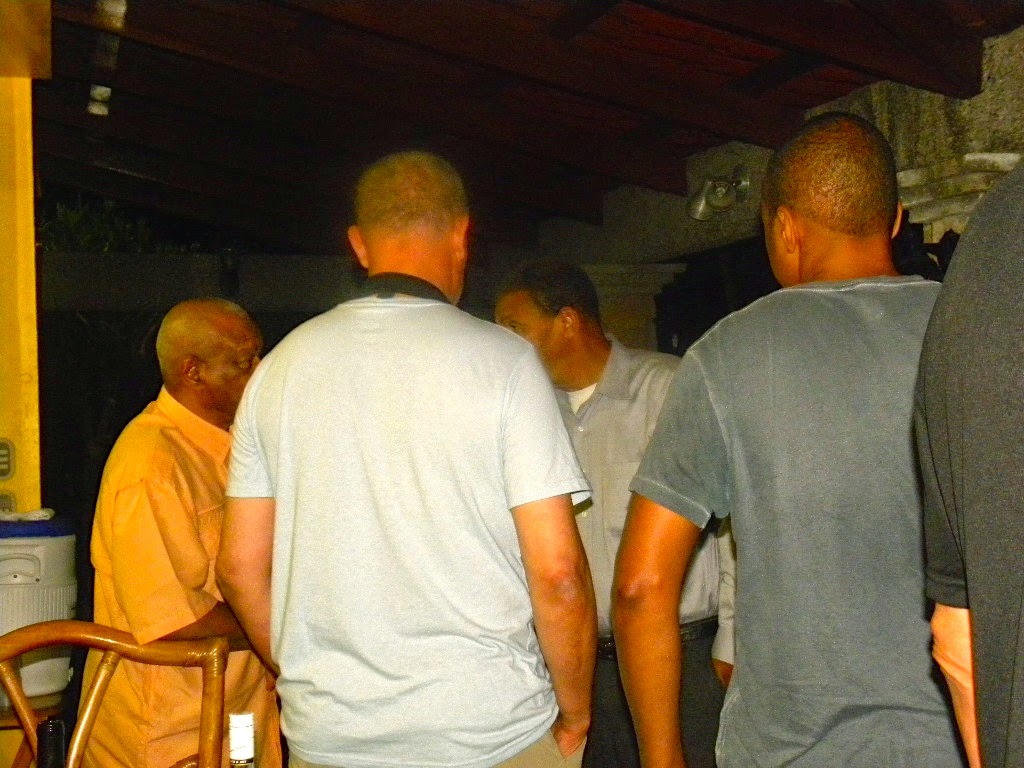 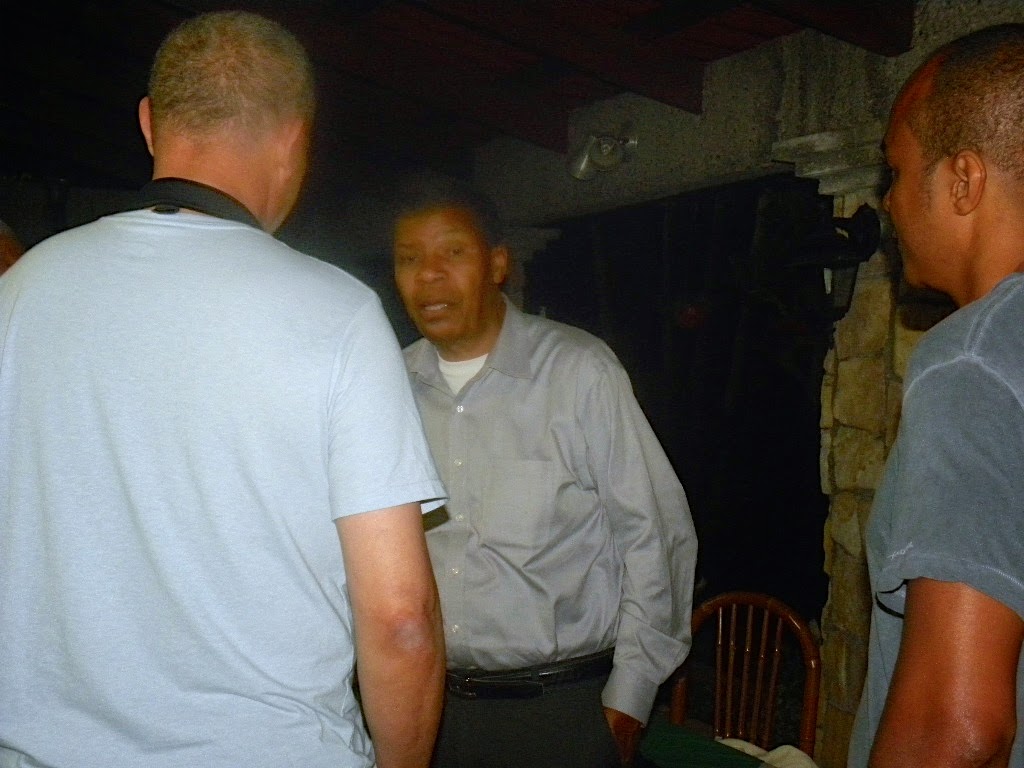 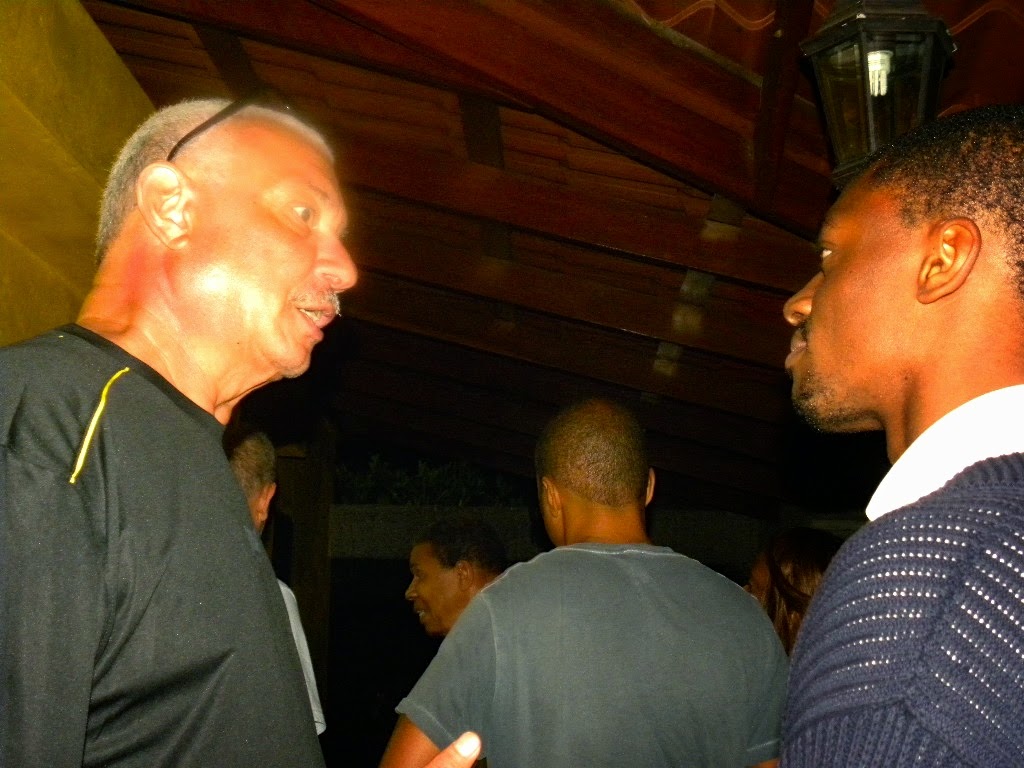 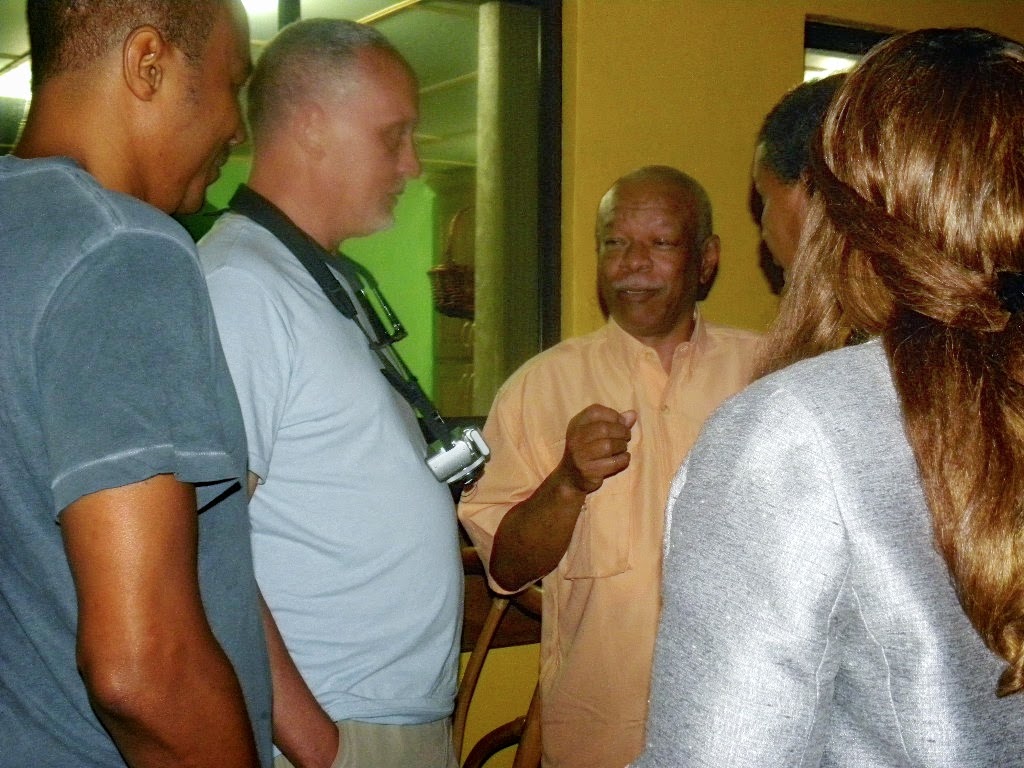