The Caribbean coast of Costa Rica is like nothing I have ever seen or experienced before. An odd and tantalizing mix of old and new, No golf courses and few hotels. Many accommodations have no Tv or AC. Sort of like the town time forgot. 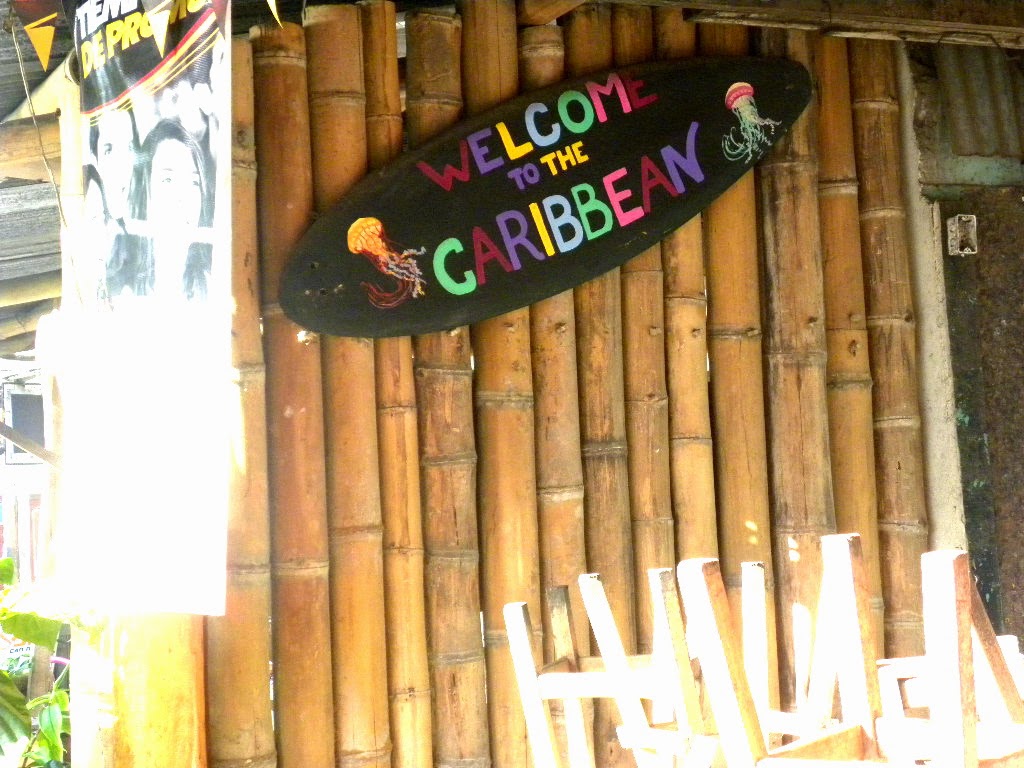 That said, the tiny town of Puerto Viejo, which is perched on the shores of the Caribbean, has a captivating, hypnotic appeal on its visitors, many of whom end up making their homes in the area.

The people and the buildings are fascinating to say the least. The food is excellent and the population is diverse. It has been said that the expat community consists of people from at least 47 different countries. All living in harmony in this tiny village. 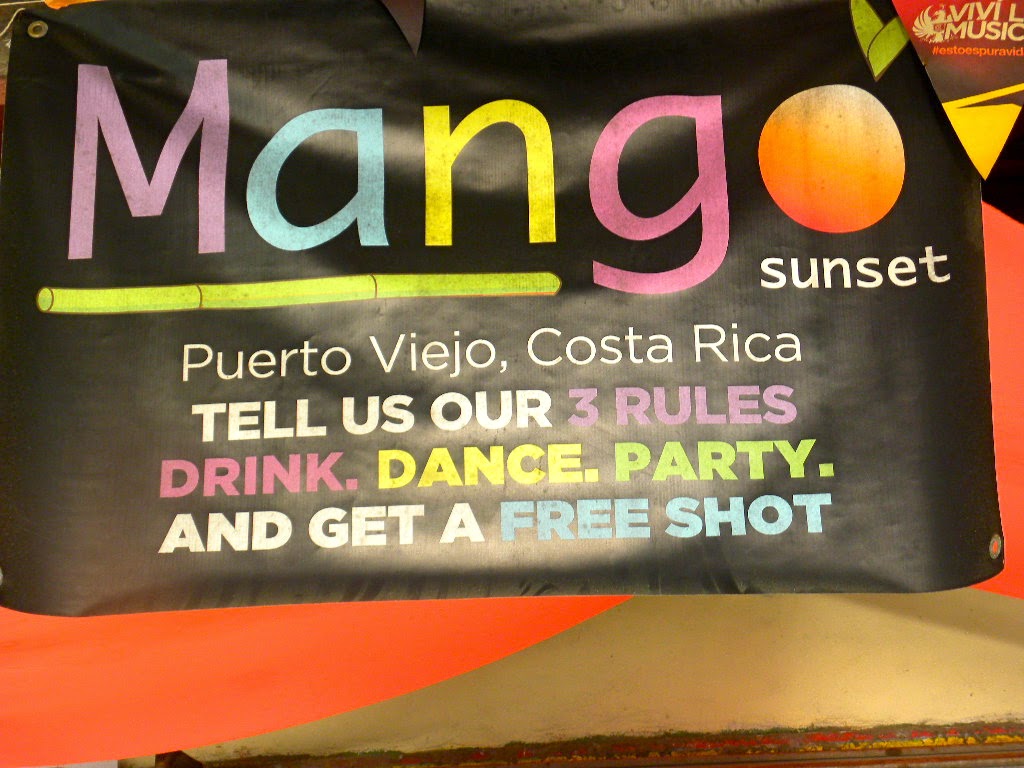 Since we've arrived I have taken a ton of photos to share later but I thought I would give you a little glimpse of life and the streets of Puerto Viejo.

Today we went into town to meet up with an Ayurvedic practitioner and also go to the bank. After that we decided to eat at a little restaurant (soda) right across from the bank. 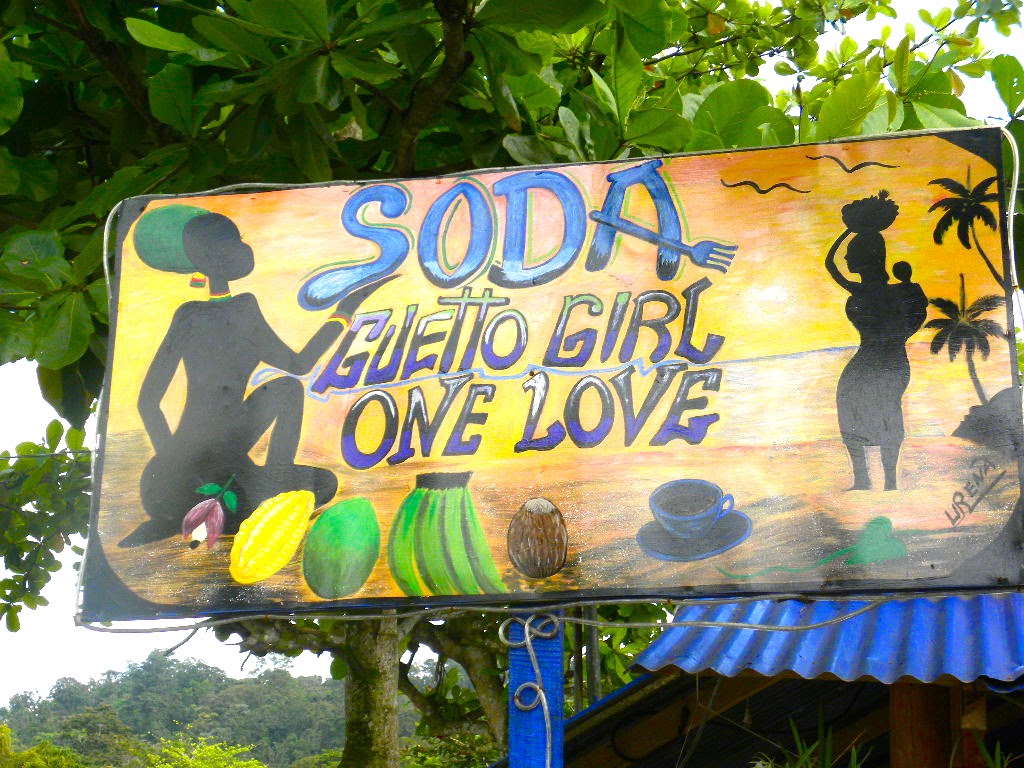 We went inside and first thing we found out was that there was no menu. Walk to the counter and the owner gives you a run down of what's available. Charles and I had shrimp (camarones) cooked Caribbean style and rice and beans in coconut milk along with a fried plantain (a popular side). Lavanson had a vegi casado. 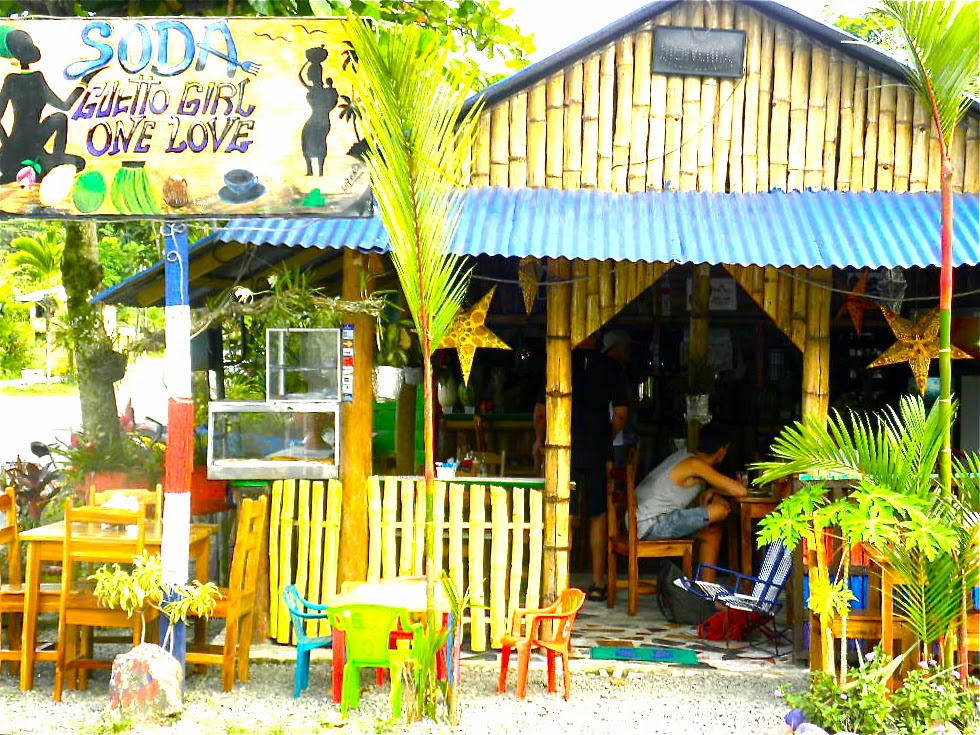 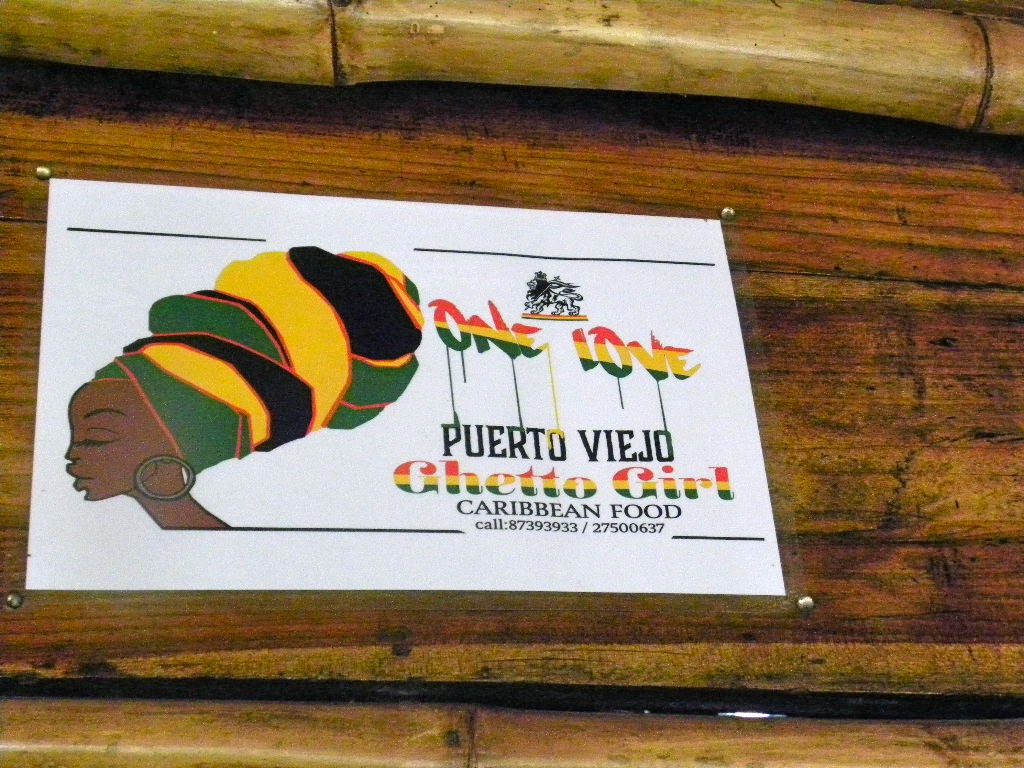 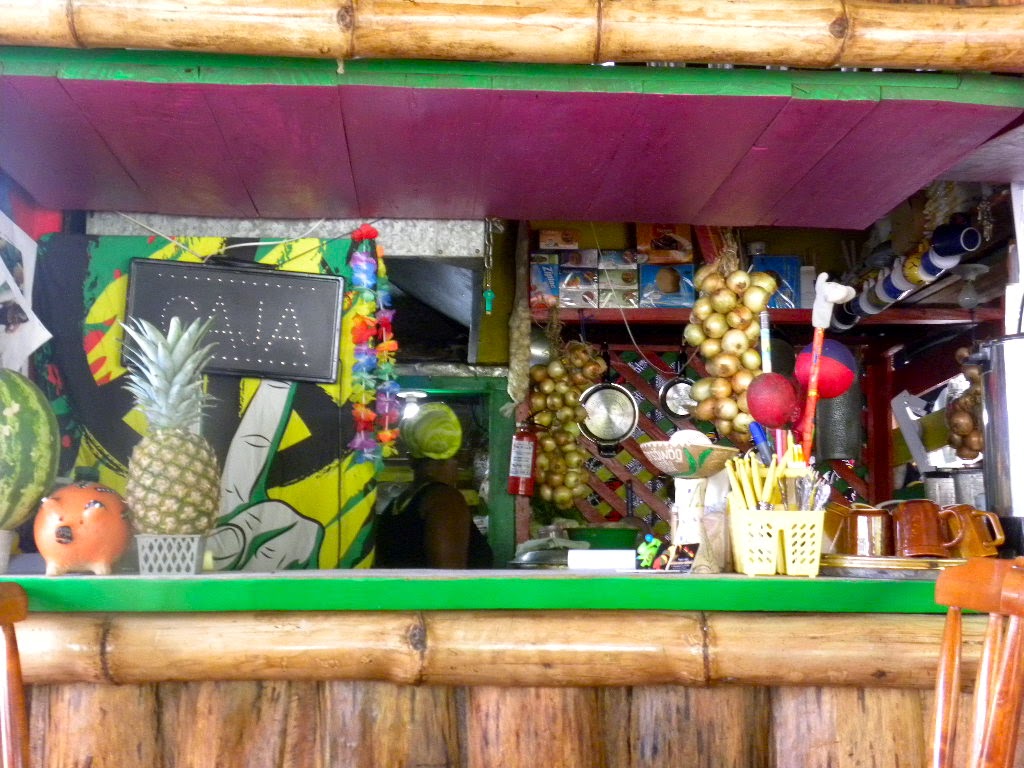 All food was local and fresh. While we were there she also received a shipment of King fish which had just been caught. The truck stopped outside her soda (restaurant) weighed her order and brought it inside. Most of the ingredients she uses can be seen on the counter or in plain sight. 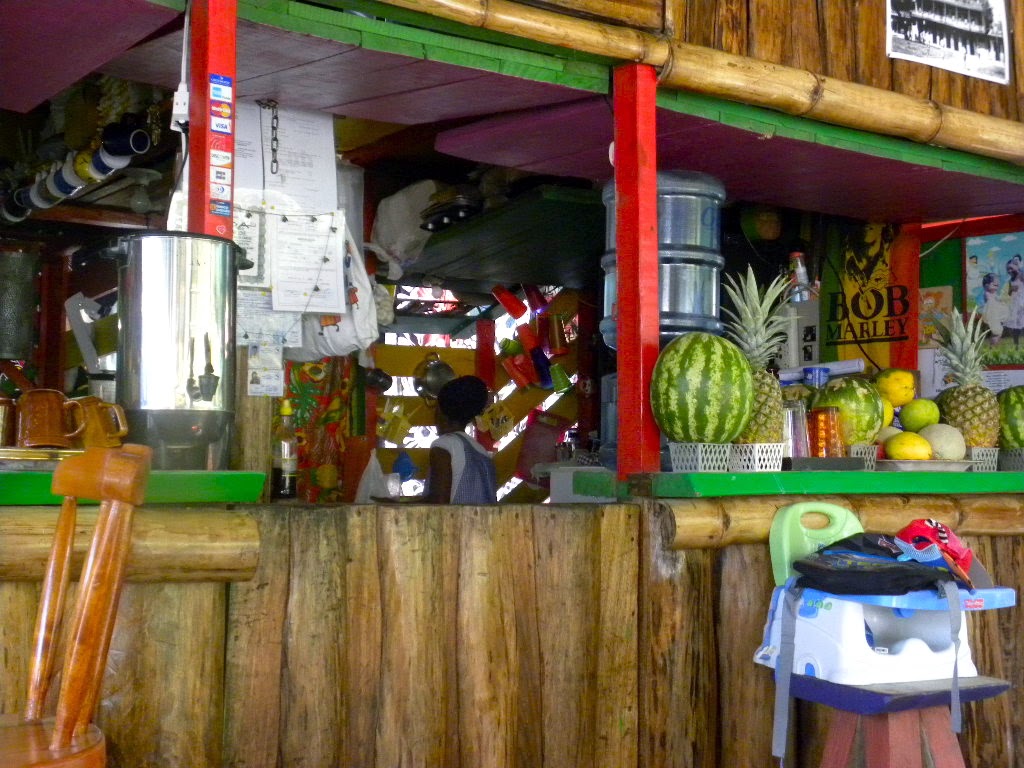 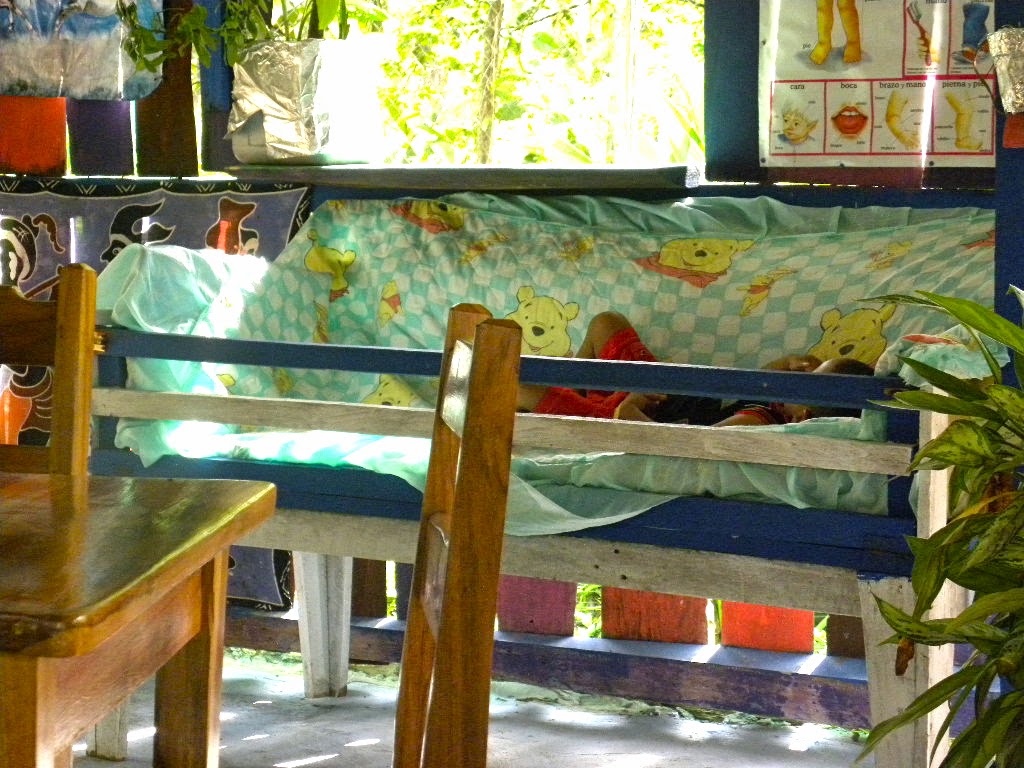 There was a little one sleeping quietly on the side, and a warm breeze blowing through the shop. 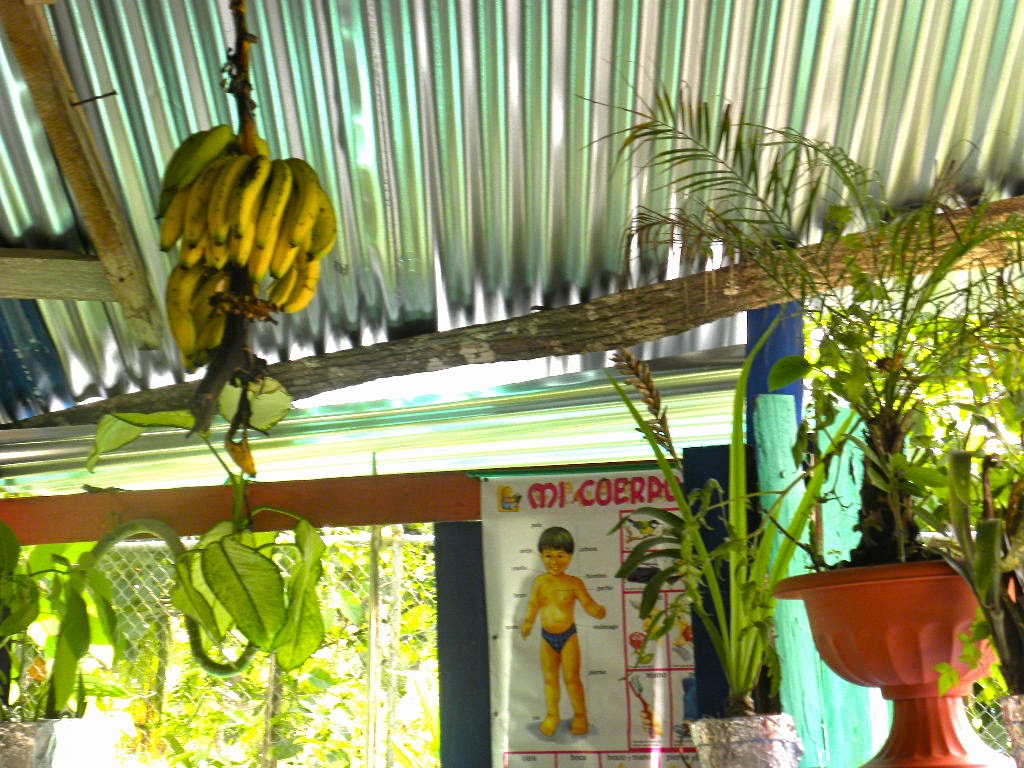 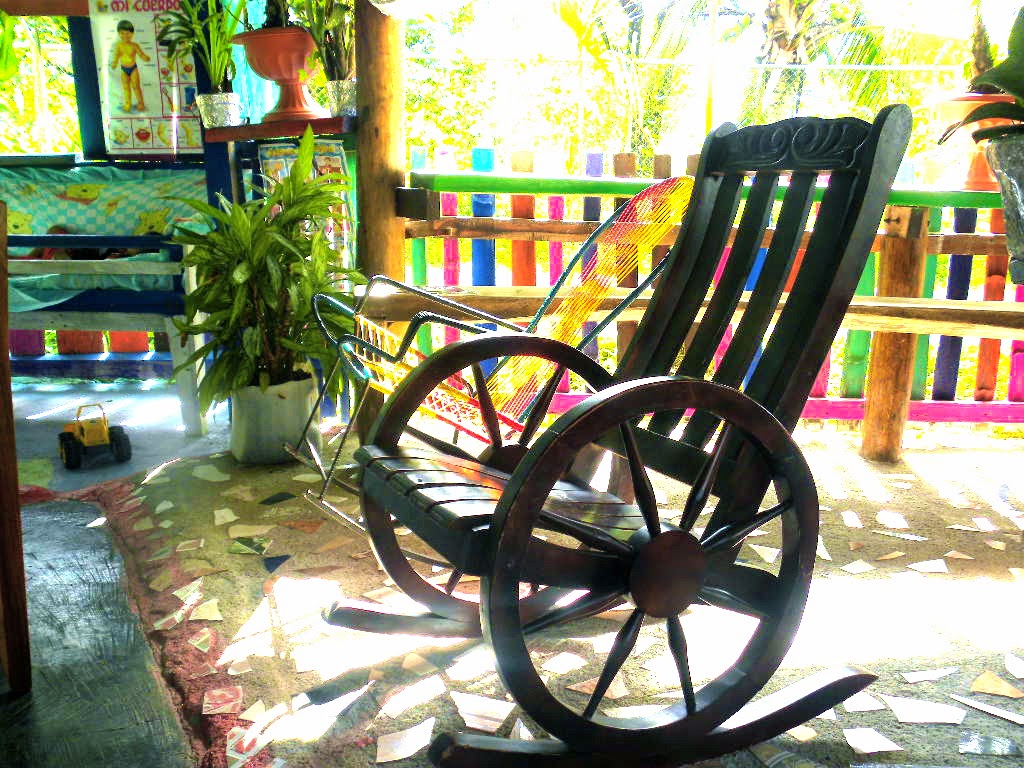 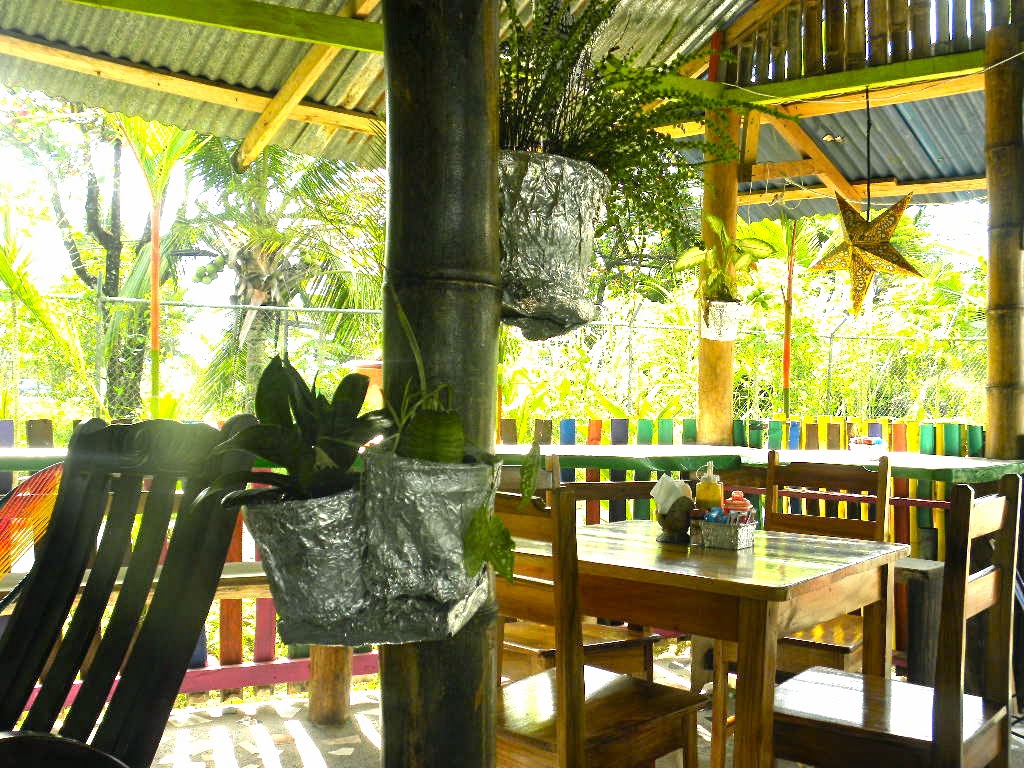 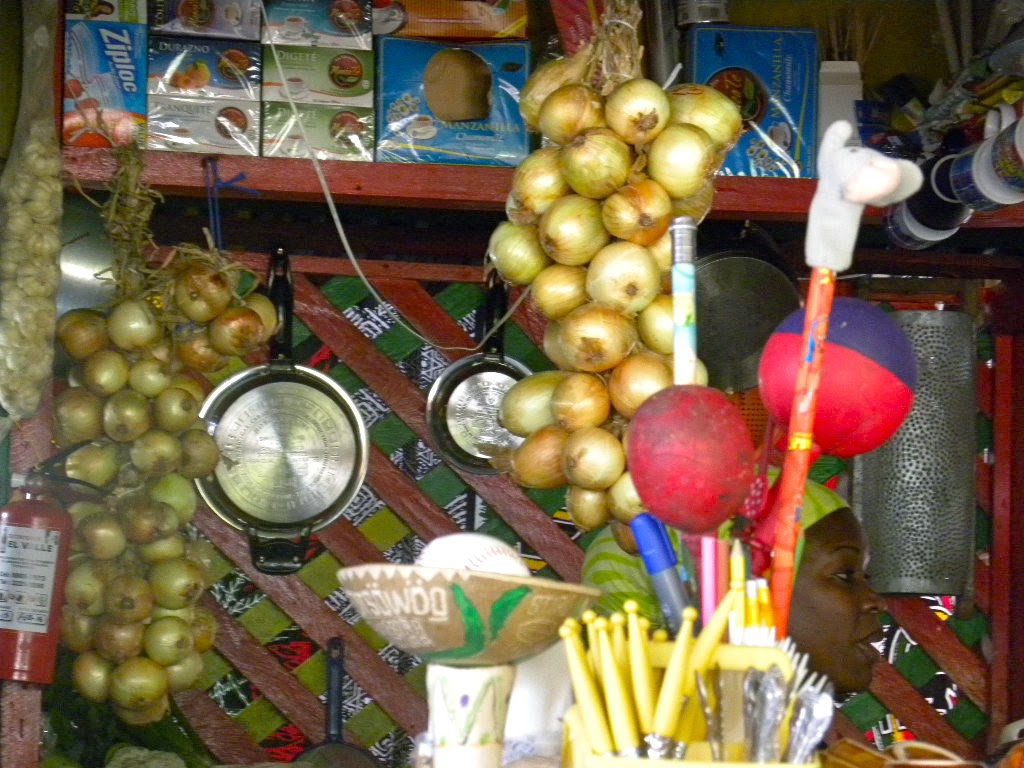 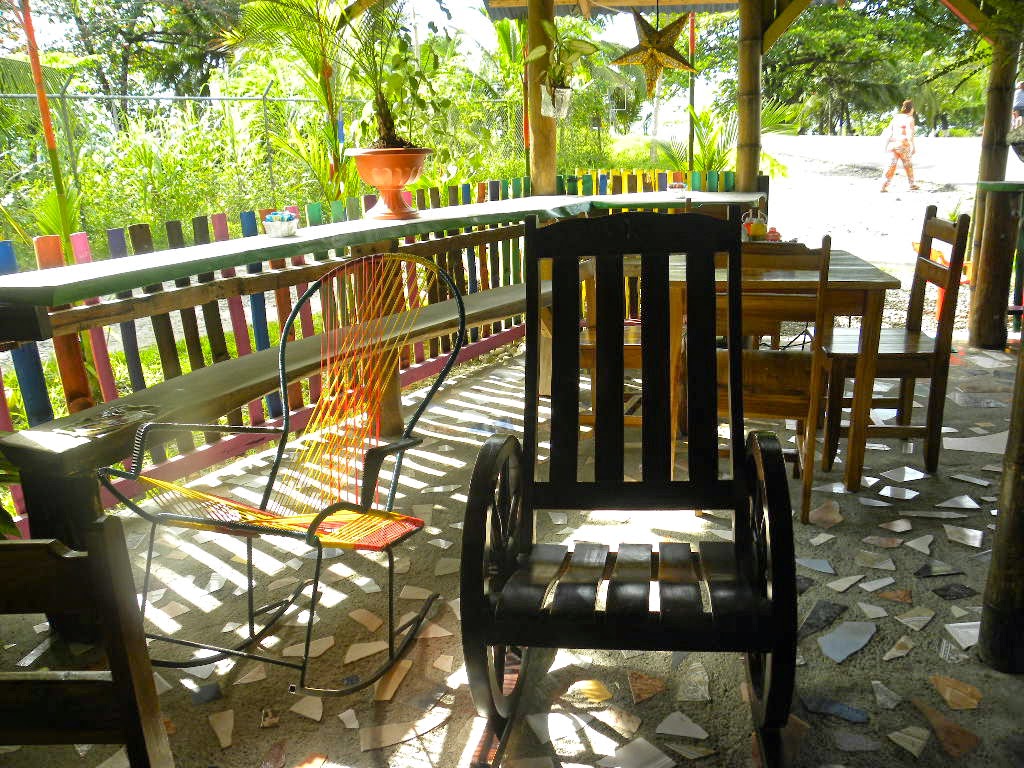 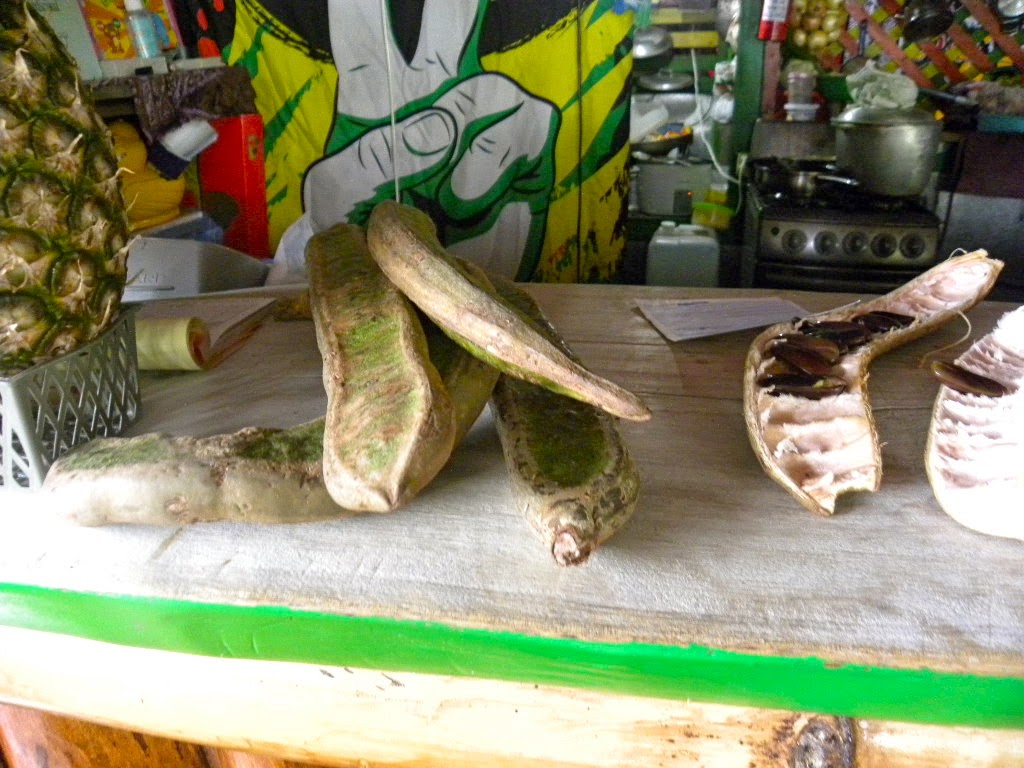 also while we were there another lady brought these in. I asked what they were and she said what sounded to me like "guava" but not the kind we know. She explained that she used to eat them as a child. She can only find them in certain places now. She brought one over for me to try. It was a sweet white fruit with a very big brown seed. 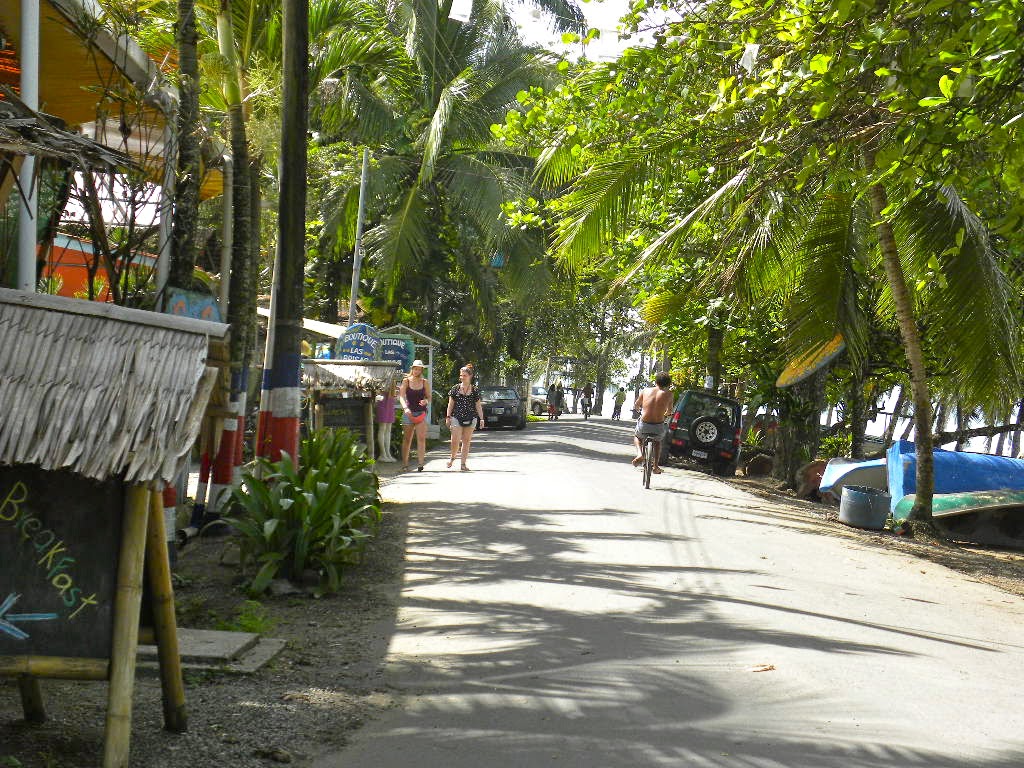