Another Day in Paradise - Getting around Costa Rica

On Wednesday we took the bus (or should I say buses as there were 3) to Escazu to visit our friends Matt & Evelyn and to finally meet our friend Wayne.

The hill to our bus stop was not much easier the 2nd time around but at least we knew what to expect. 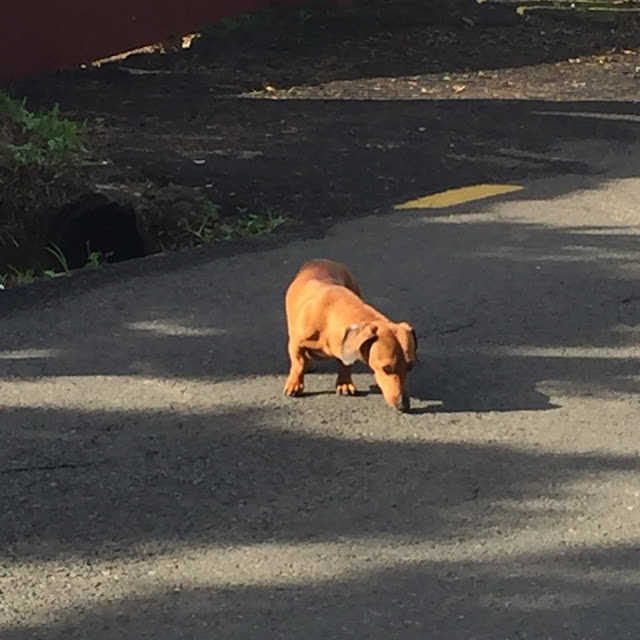 We started out at 6:45am to catch the 7:10 bus. Interestingly enough we are up so early that 6:45 does not seem early. We caught the Grecia bus to town (which picked us up about 7:40 due to road construction delays).

While we waited, we watched the locals going up and down the road, some walking their dogs, some jogging and some going to work. Every passer by was friendly and said hello. After arriving at the station we walked from the Grecia station a few blocks to the Tuan Terminal where you catch the buses to San José  Even though we had been advised on how to get to the station we went the wrong way and finally ended up stopping in a shop and using some Spanglish with the shop keeper who came outside to direct us. We understood only a few words of what she said as she went on and on in Spanish. I also think she gave us directions in meters, which they use here. We understood enough to find our way.

When we arrived at Tuan Terminal, the bus was loading, so we hopped on board. The bus was very nice and comfortable. If we had any complaints it is only that Lavanson's legs are too long to fit in the seat area. (Ticos are very short and he is very tall).

Off we went to San José  We used our iTranslate app to figure out how to ask the driver to let us off at La Sabana. La Sabana is a metropolitan park located in downtown San José. It is the country's largest and most significant urban park and is also near the soccer stadium. About an hour later he called out the stop and we got off. 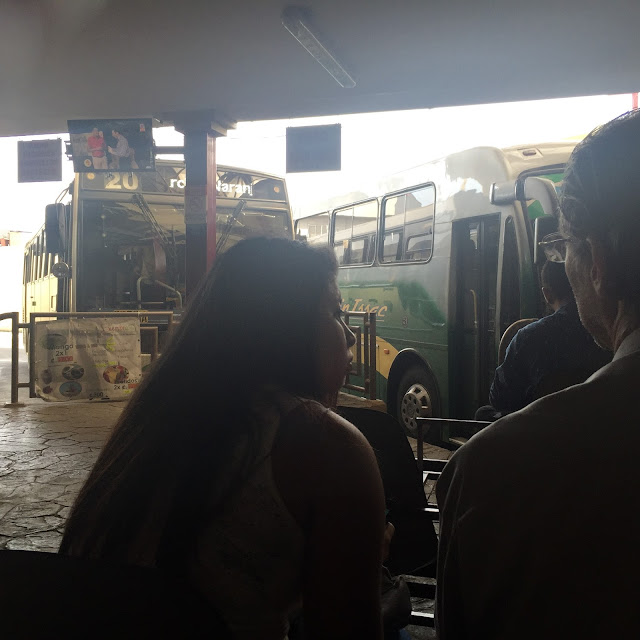 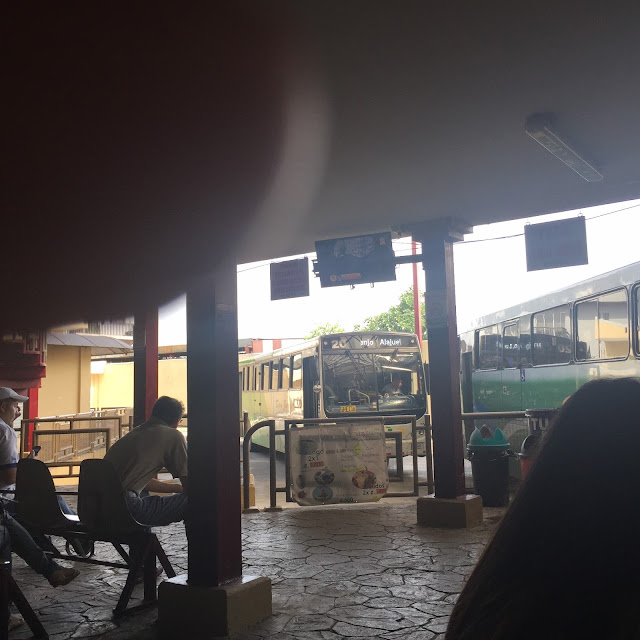 But, as usual we were lost again. Did not see the pedestrian overpass or the bus stop for Escazu. We wandered up and down the street and finally stopped at a Nissan Dealership and after trying to explain in Spanish, an employee who spoke English showed up and directed us. Seems we had gotten off at the beginning of the park and the turn to find the bus stop is at the end of the park.
So, after a bit of readjusting we found the stop and the bus to Escazu.
Again we used our app to ask the driver to let us off at Paco Plaza. A friendly passenger sitting near us heard where we wanted to get off and told us when it was time. 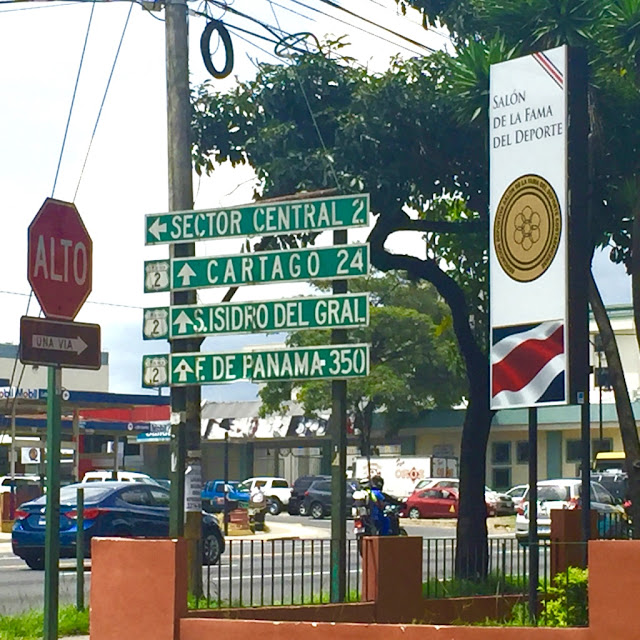 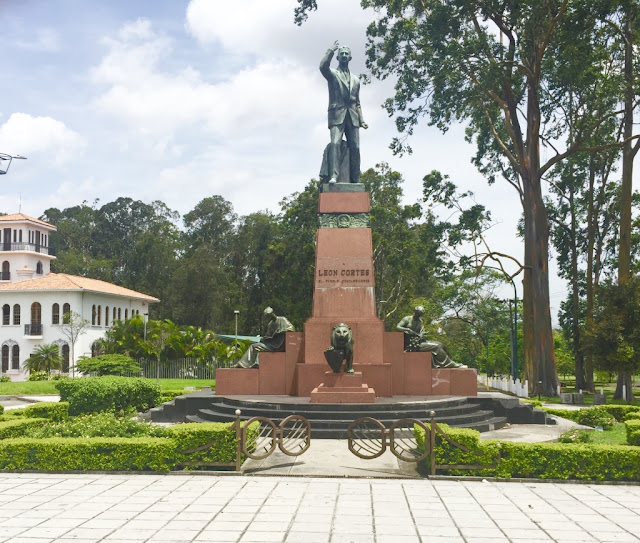 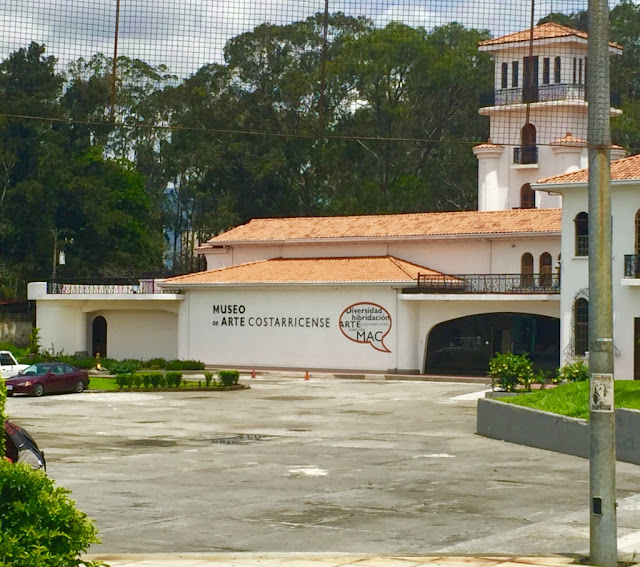 After a short ride we were at our destination in Escazu. Our friend Matt, came over to the plaza and got us and we went over to their condo.

...
Escazú, officially San Miguel de Escazú, is the capital city of the canton of Escazú in the province of San José. It is also the name of the district that includes the city with 14,815 inhabitants.

The area is inhabited primarily by upper-mid to high income families, and known in the Costa Rican collective consciousness as home to the country's economic elite. Escazu is the wealthy and most prominent city in the country catering to wealthy Americans and Europeans as well as wealthy locals. 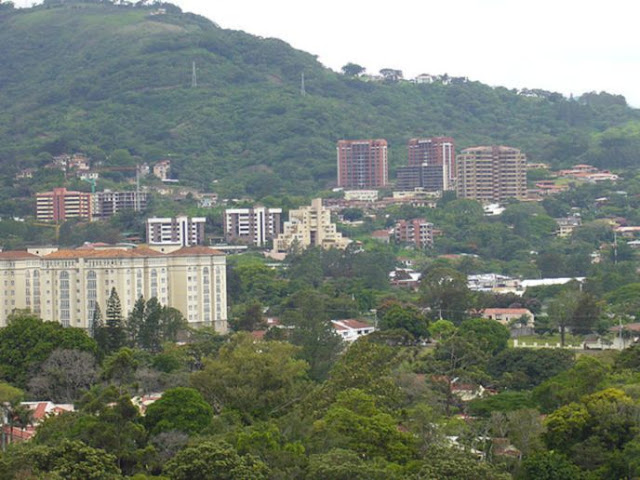 We were tired, hot and thirty but so happy to have made it! 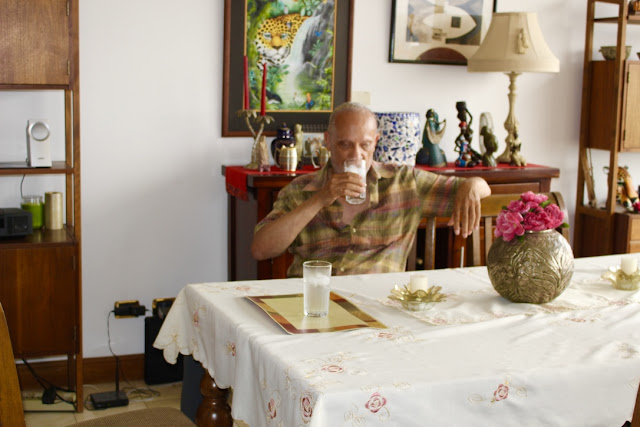 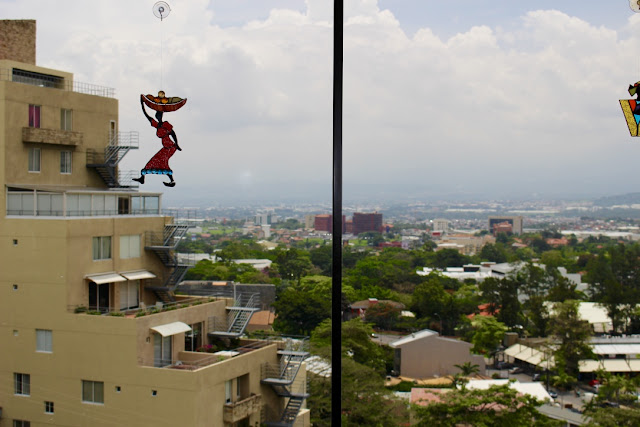 This is the view from Matt & Evelyn's condo. I took this photo thru the window (btw- there is no black woman climbing on the building)

Our next stop was the Multiplaza - a very nice,  modern, upscale mall where we met Wayne and his friend Evelyn for lunch at Spoon Restaurant. 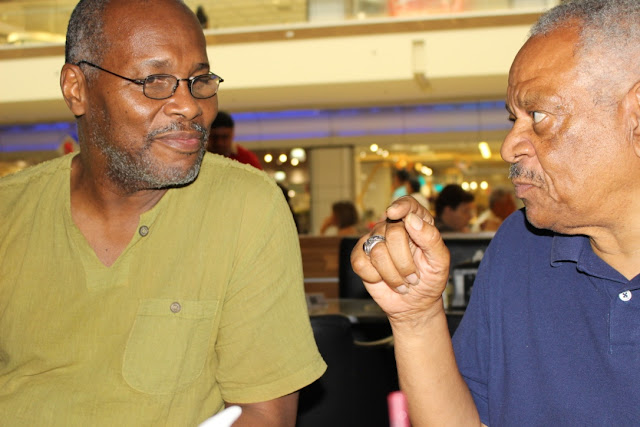 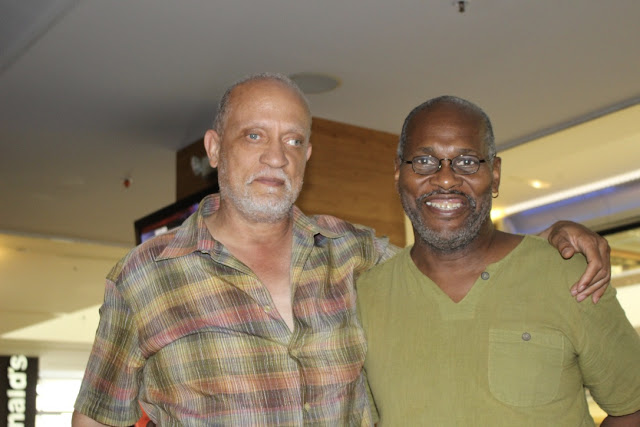 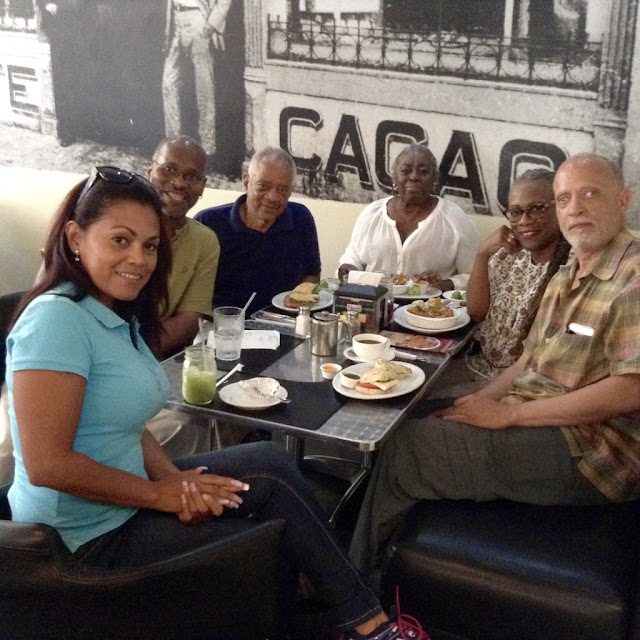 On the way back we bypassed the Escazu bus and took a taxi from the Multiplaza directly to the SJ Coca Cola Terminal (cost about $16) Took the bus back to Grecia, transferred to our San Luis bus arriving home around 5:45pm to a light rain.

So glad we made the trip!

Our Adventures in Paradise continue 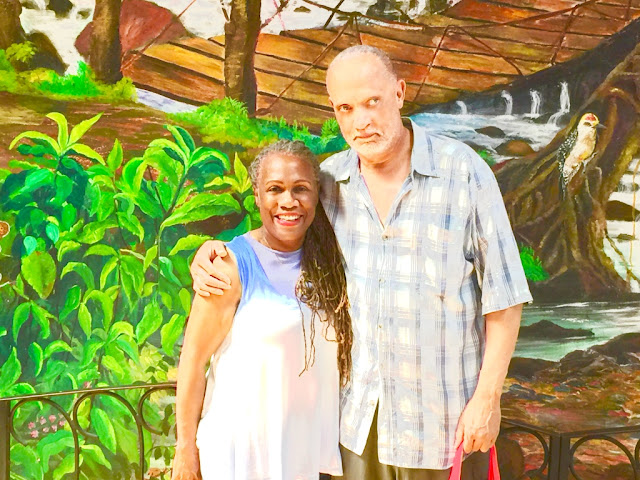