Bugs in Paradise - Our Life in Costa Rica

I always want to be honest about life in Costa Rica, so I have to tell you the good, the bad and the ugly.

Costa Rica is known to have over 100,000 species of insects and arachnids, collectively known as BUGS. You will find many that you have never heard of.
One of the many pests are the ants who are also are known for invading homes.
Some of them like to live in electronic devices such as computer laptops.
But...what if they were living and breeding in your refrigerator??? EW!!!!

When we first arrived I was so happy to find a nice stainless steel refrigerator with a door ice dispenser. I even made myself a drink using the "cubed" ice selection. I didn't see anything in the drink but it did taste a little funny (which I chalked up to the ice from the freezer which sometimes takes on the taste of the refrigerator and the house had been sitting vacant for a couple of months). However, I NEVER used the ice or water selection again. 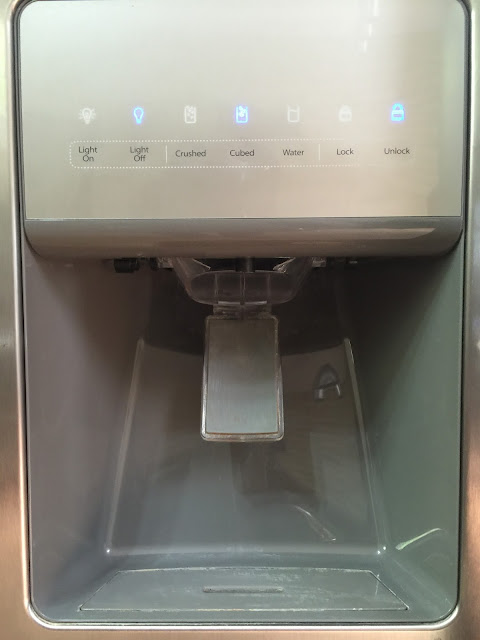 Soon I noticed that there were these strange looking yellowish ants that were crawling on the area near the ice maker grill/platform. Next I noticed that they seemed to be climbing up and coming out of the spout area.

At the same time we were having issues with the refrigerator staying cold inside so we told our landlord. He called several people over to look at the refrigerator. While they were there I also told him about the ants and that I suspected they were living inside the ice maker. Everyone looked at me like I was crazy and suggested to me that the bugs were probably flying into the refrigerator when the door was open. At that time the main concern was keeping our food from spoiling. That issue was fixed quickly.

I knew the ants were not flying in but never having heard of anyone with such an issue I decided to just keep an eye on the situation.

The ants continued to appear - climbing in and up the spout. So I used saran wrap and covered the entire area (I also taped the drain). 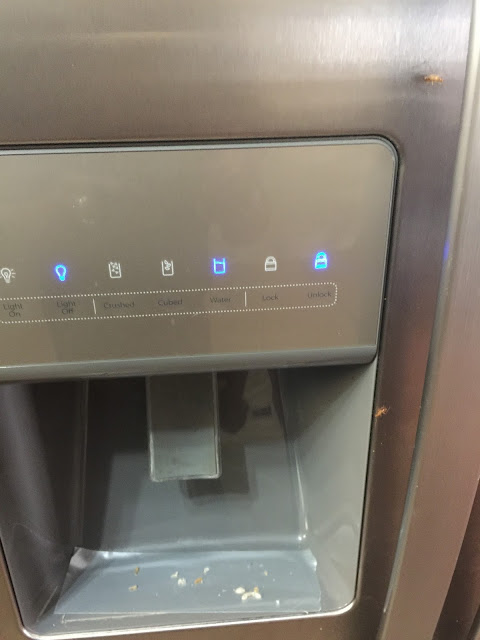 A few days later there were ants behind the saran wrap. I also noticed these little white things which I thought might be eggs or the shells the ants hatched from or something!! I told our landlord again and showed him photos. He came over and poured water through the systems and lo and behold ants came out however, we could not get the ice maker unit off the refrigerator to check inside (which is where they were living). That is when he told me that there are insects that live in electronic devices here. Supposedly because of the warmth. He called a repair person to come out and about 3 weeks later he arrived.

Below is the video I took of what we found.

****Warning not for the squeamish

Watch at your own risk!!! LOL

Bugs in Paradise - Our Life in Coats Rica from Devon on Vimeo.


Link above for email subscribers

Everything is fine now, but we were warned that they may come back!!

As a side note - they say that the water line was not effected as that is a separate unit
but I still won't be drinking water from the fridge or using the ice Just Sayin!!