Seven Days in Guatemala - Behind the walls 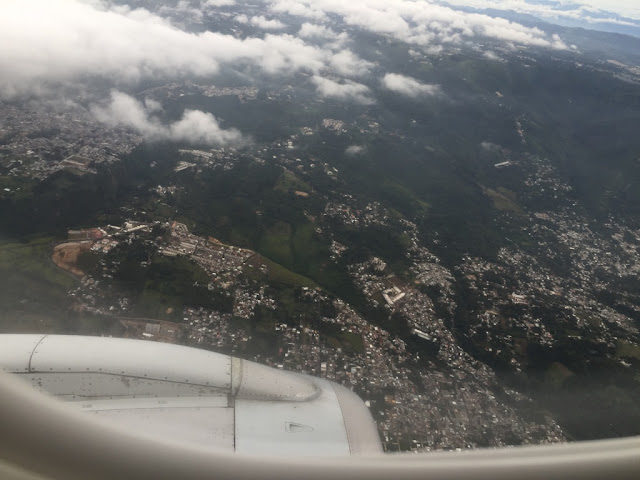 Guatemala has been called the India of Central America, alluding to the bright colors, traditional clothing and crowded yet lush cityscapes. With an estimated population of around 15.8 million (less than 1% black), it is the most populous state in Central America. At 42,042 square miles, Guatemala is about the same size as Tennessee. The literacy rate of Guatemalans over the age of 15 is just 74% – apart from Haiti, this is the lowest literacy rate in the Western Hemisphere. The poverty rate in 2015 was 54%.

Guatemala has a rich history.

First evidence of human habitation in Guatemala dates back to 12,000 BC. descendents of the old Maya, or the Indigenous as the are locally referred to, account for more than 50% of the Guatemalan population. There are 21 different Maya groups in Guatemala.  Mayan groups are distinguished by language (and different color clothing) of which there are approximately 26 indigenous Mayan languages.

A representative democracy, the territory of modern Guatemala once formed the core of the Maya civilization, which extended across Mesoamerica. Most of the country was conquered by the Spanish in the 16th century, becoming part of the Viceroyalty of New Spain. Guatemala attained its independence in 1821 as part of the Federal Republic of Central America, which dissolved in 1841.

We spent seven exciting days In Guatemala and wished we could have stayed longer! We landed in Guatemala City (a less than 2 hour flight from Costa Rica) The population of Guatemala City is approximately 2.3 million (but just let me say, it looks like ALL 16 million live there as I have never seen so many people in one place). It is the most populous urban city in Central America.

The crime rate is high in Guatemala City (as it is in many other large urban cities, especially where there is an abundance of poor people). Lots of military, police presence and security personnel with guns (and you know how I feel about the military!) Get in and Get out is my suggestion! This is not a city I would want to spend much time in and fortunately, Antigua and Lake Atitlan have very, very  low crime rates no police presence in view (Antigua is the safest city in Guatemala). So, that is where we spent our time. Arriving and departing from La Aurora International Airport was the only reason for us to spend any time in Guatemala City. (oh, they do have some excellent hotels - We spent one night prior to departure at a beautiful place. I will report on that hotel in a later post)

Always 2 sides to a story - here is other side of Guatemala City
So now that the history lesson is over, let's move on to the fun part! Only about 1 1/2 hours from Guatemala City you will find the ancient city of La Antigua a UNESCO World Heritage site.

But first my friends, you will have to get there!!

The famous so called 'chicken buses' are recycled old vehicles, often American school buses, and will stop anywhere, for anyone. These buses are often overcrowded with people and livestock, hence the name. Local fares are about $0.37. You can ride from Guatemala City  to Antigua for $1.25.  Pullman buses operate between cities and are of a higher standard. There are also decent taxi services and tuk-tuks for short distances in the cities.

We opted for private transport arranged through our hotel at a cost of $45. I am not too keen on riding with livestock! 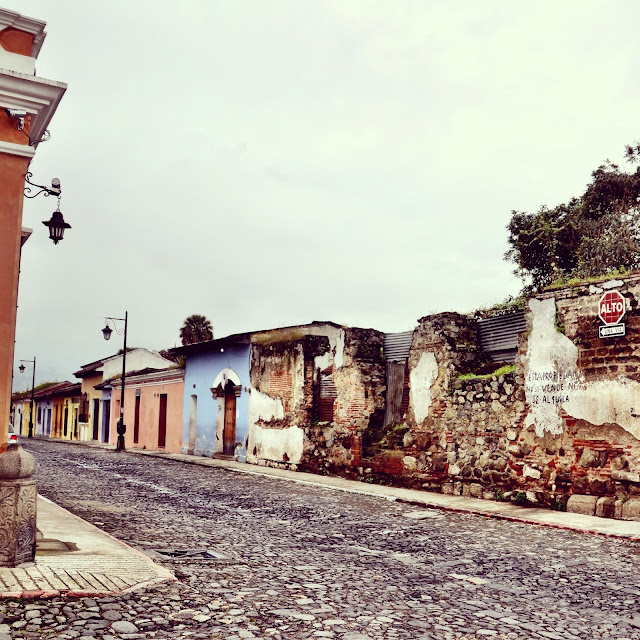 We LOVED this fascinating city!! And did I mention the GREAT FOOD and GREAT WEATHER? Do not let these walls fool you either. Behind them lie some of the most luxurious hotels, restaurants and shops you will find anywhere! 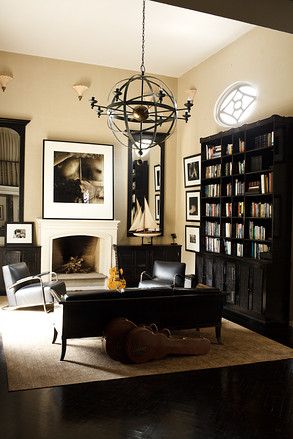 A glimpse inside the walls of Antigua - from what I understand real estate is a bit pricey here!!!
$ Cha Ching $!!! 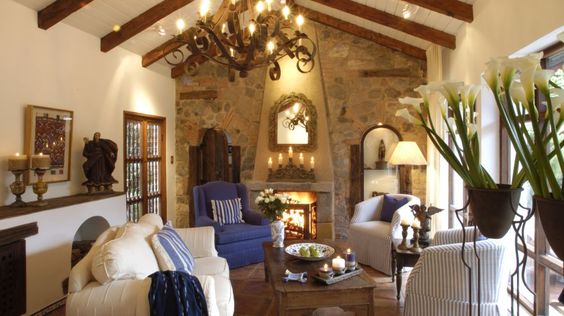 We met 2 US expats  living in Antigua -- one gentleman stopped us on the street noticing that we looked "lost" - he and his wife have been living in Antigua for 13+ yrs - the other was a woman named Elisabeth who happened to be sitting right next to us @ Hector's Restaurant - we have been in touch with her since leaving) and they both like it, a lot! The cost of living is relatively inexpensive compared to say, Costa Rica (less expensive at Lake Atitlan than in Antigua I would say) but there are trade offs to living in both places. Here is a link with more expat info if you are interested.

Oh and BTW - speaking of hotels - this post was originally going to be all about our hotel.......this writer got a little sidetracked...but here it is. We couldn't have been happier and more surprised to find this amazing hotel behind the walls!!!

Seven Days in Guatemala - Behind the walls from Devon on Vimeo.

Day #3 finds us heading over to that beautiful lake (the one I posted on Facebook)
Lago de Atitlan!

You won't want to miss it!