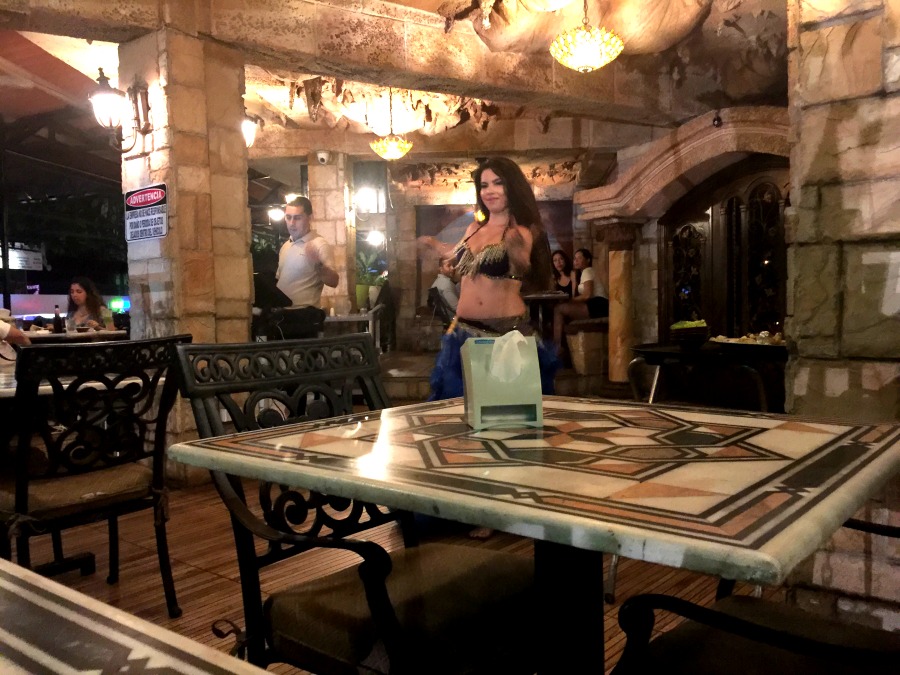 This was Border Run/Visa Run #3. We booked a non stop afternoon flight to Panama City. The thought was, to spend a somewhat leisurely morning making sure we had everything we needed before heading off to the airport (and for once avoiding getting up at the crack of dawn). I generally schedule early flights so that we have more time at our destination but that usually just means -- we arrive prior to check in time and often have to wait before getting into our rooms.

Our flight was scheduled for 12:43 pm (which by the 3 hr prior to departure rule) meant we actually got picked up at 9:30 am. So much for a leisurely morning!! We did have time for coffee!

Easy Breezy at the airport

The airport check-in went quickly and smoothly. We had already completed the web check in and had our seat assignments. We had passports in hand along with bus tickets on Tica Bus (proof of onward travel from Costa Rica is required - although not always requested - at immigration upon return to Costa Rica). At the Copa airline check in desk we needed only our passports to depart. After going through 2 other security check points we were finally on our way to the gate (no hair searching or shoe removal).  Time elapsed...approx 30 minutes, which leaves a lot of waiting time.

There are many nice shops at the Costa Rica airport. I wish many of the items were also available in local stores. However, to waste some time, I stopped into one of the the duty free shops where I found a new perfume that I liked. I decided to buy it and cross off "perfume" on my Panama City shopping list. Except, I did not know that they actually attach the purchase information to your passport in the computer. I was asked for my final destination, after which, the perfume was placed it in a sealed plastic bag marked "do not open until your final destination". On the immigration handout sheet which must be completed both coming and going, I had to list the item and the value. When we arrived in Panamá I handed it over to the agent and he waved me through.

Going forward I think I would only use the duty free shop on my way out of the airport! 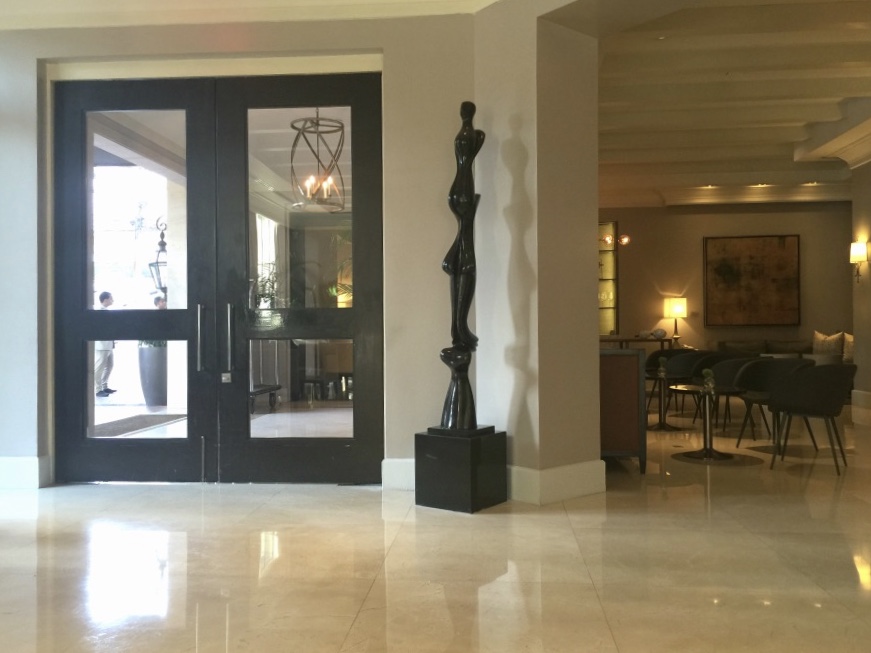 Our airline tickets, hotel reservations and airport pick up were all done on Expedia. I have used them before and find the service to be easy and reliable. The hotel reservation was discounted and included free "full breakfast" ea day, and a King Suite in the new tower of the hotel on an upper floor (in the TripAdvisor reviews I read that the new tower had the best decor etc). 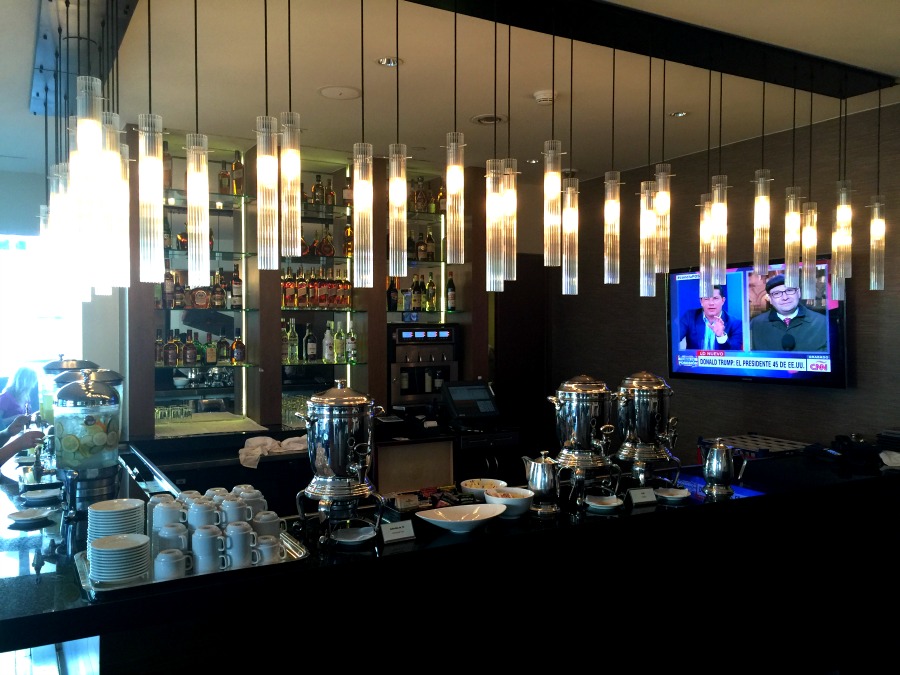 Breakfast (excellent food and service) at our hotel also included coverage of the orange clown which played quietly in the background. Even in Panamá there is just no ignoring the Drumpf!! 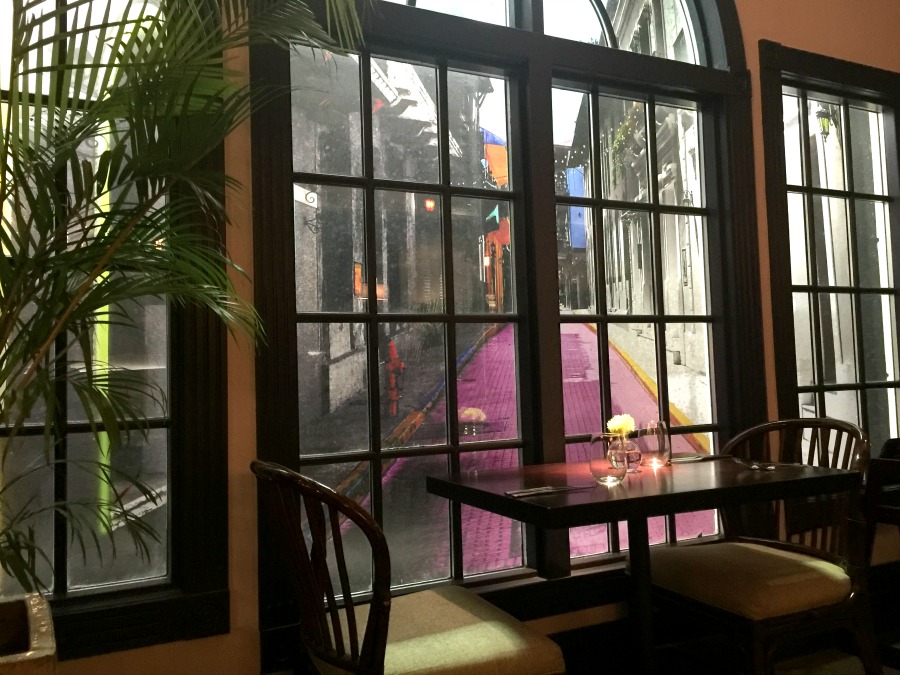 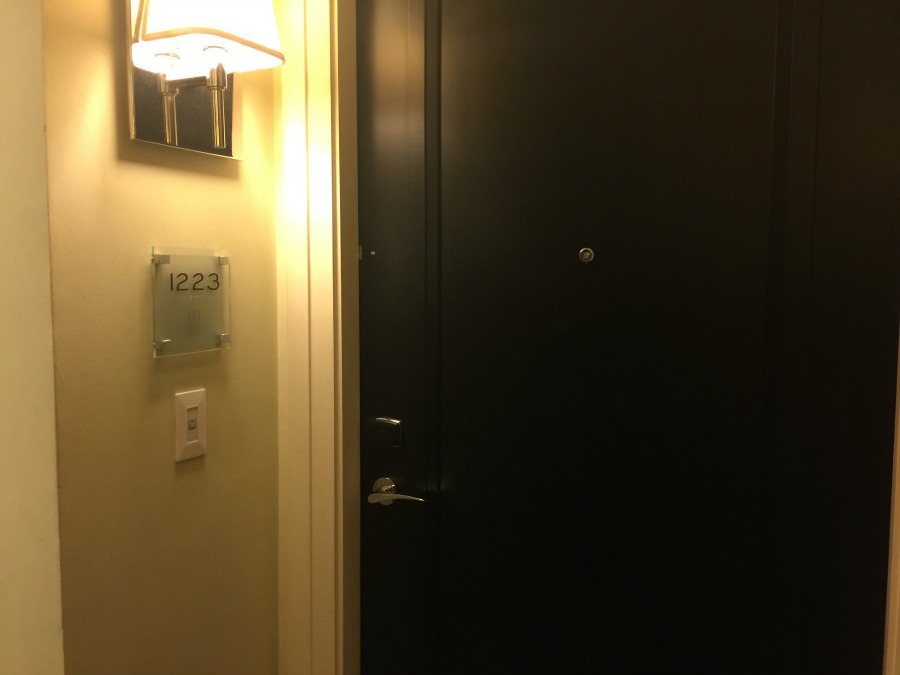 The Bristol Hotel (located in the Bella Vista district)

The room was ready when we arrived. (there is a 1-hr time difference between Costa Rica and Panamá ET, the temperature was hot and humid - neither were unbearable)

We did get a room in the new tower (but just barely) as there are 24 floors and we were on 12 (which I think is the beginning of the new tower). We really liked the hotel though. The view was nice and we had no complaints.

Once checked in, we decided to get the shopping out of the way first. We took our 1st Uber ride to the Allbrook Mall. With over 700 stores, this mall is HUGE. We only explored a tiny part of one portion of the mall. I did not see as many familiar stores as I had expected. There was however, store after store of clothing, shoes, accessories and household items for very reasonable prices.

We were searching for tank tops for Lavanson in size extra large (almost non existent in Costa Rica) - we were unable to find more than a few items in XL in any of the stores in Panama City.  I was looking for some light, comfortable pants, capris or walking shorts. I did not find any that I liked in the stores we went in. Even though we were unsuccessful, I give the Allbrook an A because it is a very nice mall, it's pretty and has a lot of stores. So many stores can become a bit overwhelming. You will need to spend a lot of time (days) there if you want to check out even half of the stores. 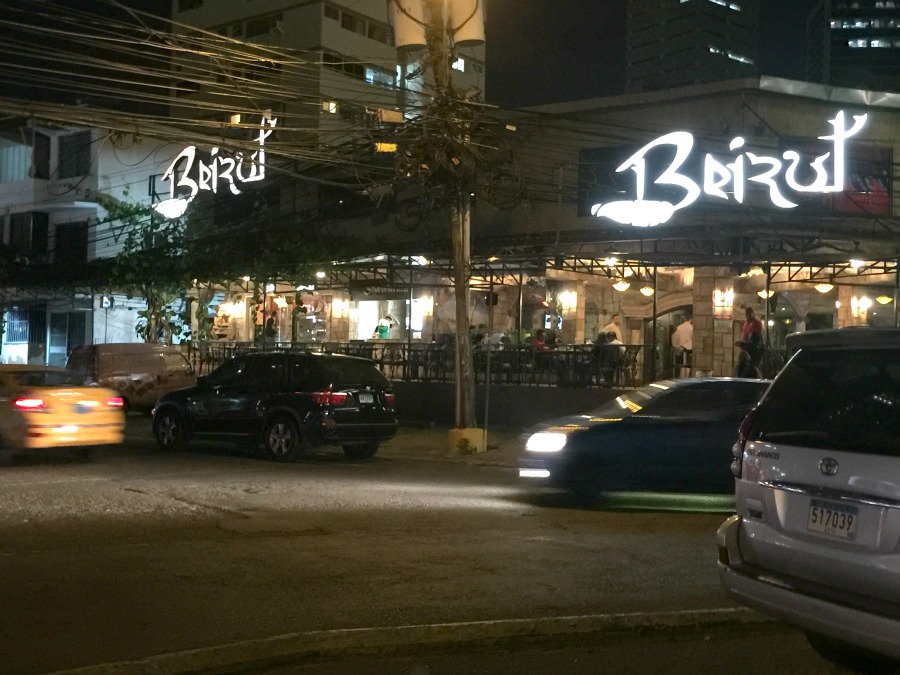 Later we ate dinner at Beirut, a lively, neighborhood Lebanese restaurant down the street from our hotel. Lavanson ordered their traditional drink called Arak, (an alcoholic drink made with anise). I tasted it and it had a very strong anise flavor and reminded me of medicine. Lavanson gave it a good try but did not finish the whole drink (he enjoyed the beer much better). For dinner Lavanson had their sampler plate and I had calamari a margarita and a glass of white wine (which I did not like - Chardonnay is rare in Costa Rica and apparently in Panama as well).  The restaurant came complete with hookah pipe and belly dancers. Cost for dinner and drinks $40. 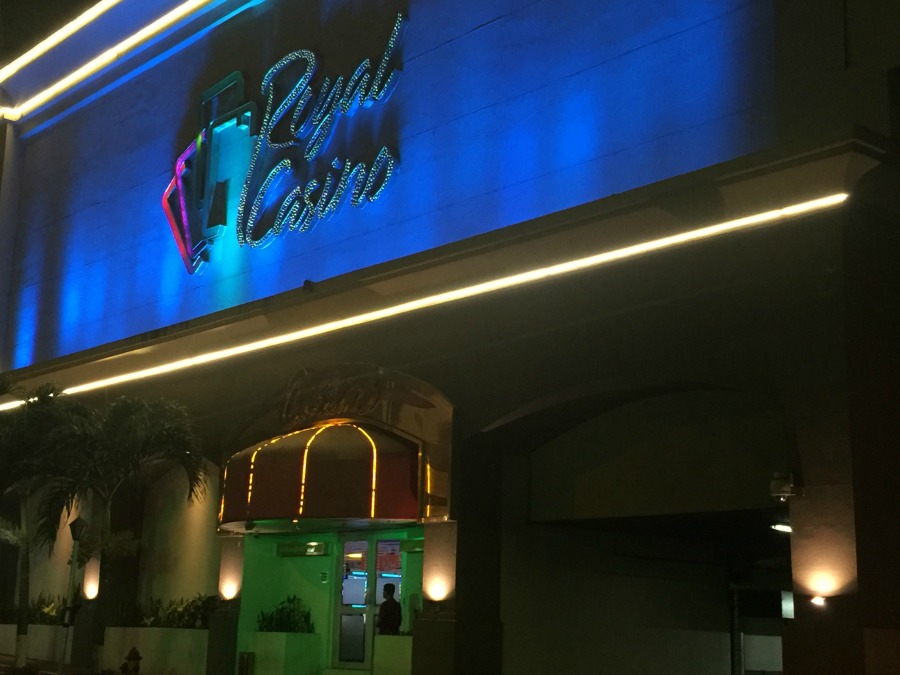 Right across from the restaurant @ calle Vía España

A little Beirut in Panama City from Devon on Vimeo.