Panama City - We LOVED it!! - Our Life in Costa Rica 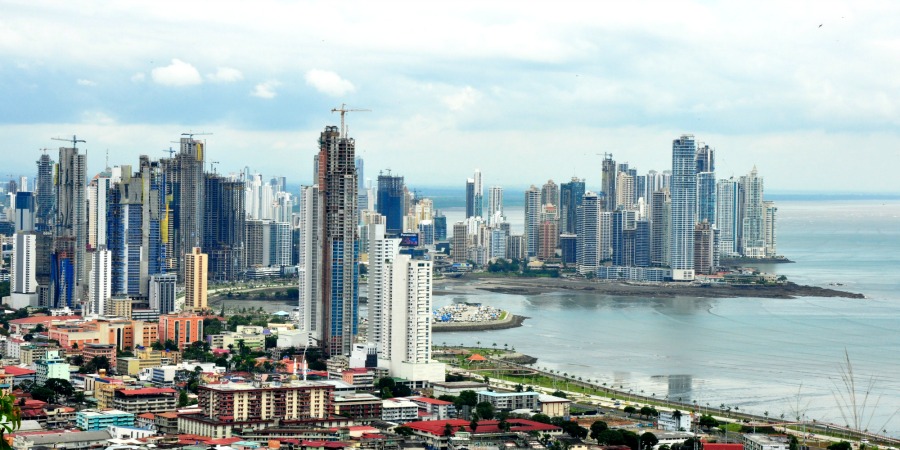 THIS is Panama City!

Upon our arrival at Tocumen International Airport, the pilot jokingly announced "welcome to Miami"


Panama City, the capital of Panama is a modern city framed by the Pacific Ocean and the man-made Panama Canal. The urban population is only about 430,000 which really surprised me because the city is HUGE and you would think the population would be in the millions. I guess Panama City, like so many other cities, swells with day time workers who return to the areas surrounding the city to live (the population including urban areas is about 880,000).

The most cosmopolitan capital in Central America, Panama City is both vibrant metropolis and gateway to tropical escapes. Many worlds coexist here. Welcoming both east and west, Panama is a regional hub of trade and immigration. The resulting cultural cocktail forges a refreshing 'anything goes' attitude, more dynamic and fluid than its neighbors.

Unflinchingly urban, the capital rides the rails of chaos, with traffic jams, wayward taxis and casinos stacked between chic clubs and construction sites. A center of international banking and trade, the sultry skyline of shimmering glass and steel towers is reminiscent of Miami. In contrast, the peninsula of Casco Viejo has become a thriving colonial neighborhood where cobblestones link boutique hotels with underground bars and crumbled ruins with pirate lore. Source 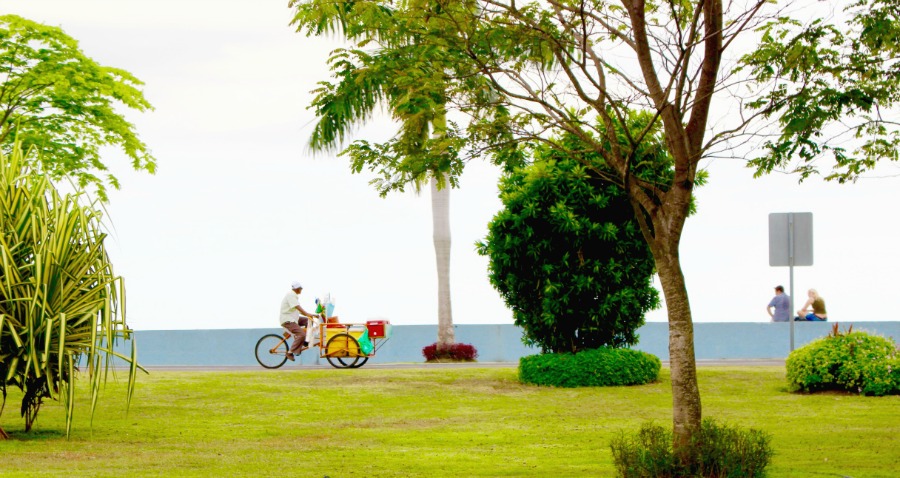 Here's how this trip went down. This was our 3rd Visa Run since arriving in Costa Rica on June 1, 2016. Since we do not like crossing into some of the border towns, we instead choose cities (or countries) on our "must see" list and make our crossing to those areas instead. It is much more enjoyable and kills 2 birds with one stone.

How fortunate we are that there are some pretty cool countries within a short distance of Costa Rica.
For this trip we selected Panama City. Panama City had been on our short list of places to retire (there are a LOT of reasons to retire in Panama - more later) so it was nice to see it up close and personal. It is also only an hour away by plane (like making the trip from SFO to LAX). The fares on Copa Airlines are pretty reasonable (plus you can check 2 bags at no additional cost and the planes are modern and very nice). Copa also serves a meal (remember those?) on this short flight.

We decided to stay for 3 days. We wanted to do some shopping, visit the Panama Canal, check out Casco Viejo (the old city) and meet up with a couple of expats we met online. I am happy to say, we met all of our goals!

Oh, and we used Uber for the 1st time! I signed up for Uber about 2 years ago, when I was still working but never used it. In Panama City, it worked out really well. The cost was never over $5 to go just about anywhere in the city. We only paid about $5.50 to go to the Panama Canal. I recommend you use this as your form of transportation if you come to Panama City, although there are Yellow Taxis everywhere. Panama City also has a convenient Metro system.

You will also find the cost of hotels in Panama City to be fairly inexpensive as well - we chose to stay at a 5-Star hotel, well because I also like to treat myself when we travel (it's a mini vacation) and I really enjoy staying at nice hotels. It's sort of "my thing"! And why not? If that's not your thing, not to worry, there are many reasonably priced hotels in the area including name brands like Hyatt, Marriott and Hilton. All are very nice.

BTW- I could not do any of this if I had retired in San Francisco on a fixed income. Just sayin!

Our trip to Panama City from Devon on Vimeo.

Stop back tomorrow for more of our Panama City trip