In the land of the Boruca - Our Life in Costa Rica

There was a group of 13 of us from our little town of Grecia that made the 4 1/2 hour trek to the event.
Larry & Deborah (our good friends from the adjacent ridge) drove Lavanson & me up to Guanacaste. It was our first time going. We had heard a lot about the area, and it was originally on our short list of "possible locations". (Guanacaste, is a province in northwestern Costa Rica bordering the Pacific, it is known for its beaches and biodiverse parkland) We ruled it out due to the very HOT weather. The area also has the least amount of rain in the country. 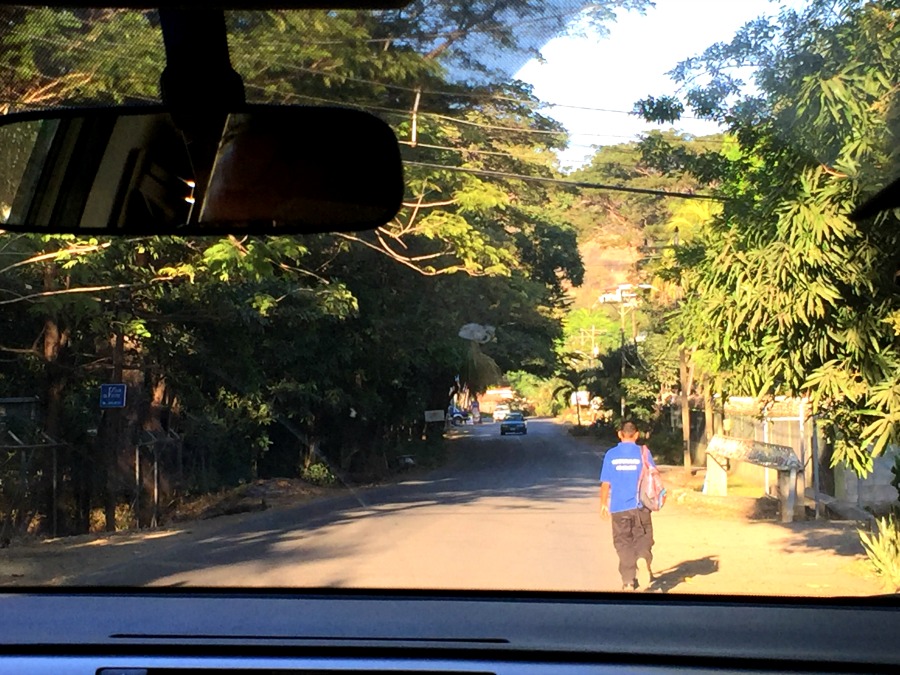 Our 1st stop was to Villas Sol in Playa Hermosa (we LOVE this place so will report more later) for a couple of days to hang out with some folks who were visiting from the states and then we would journey onward to Playa Potrero to meet up with the rest of the group from Grecia for the Blues Festival. 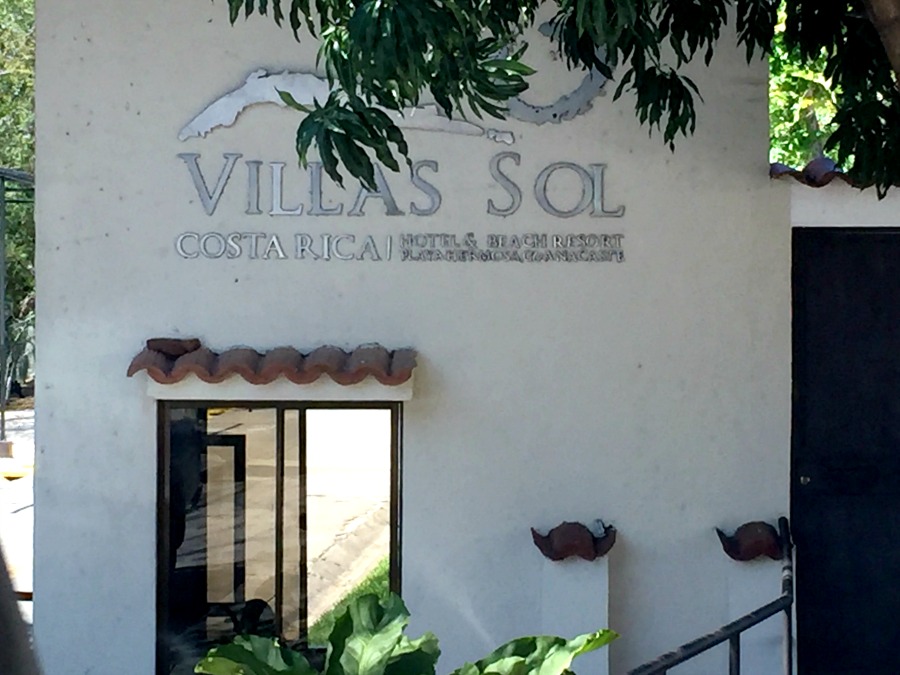 My most prized possession from this trip...

<3
We visited an art gallery in Playa del Coco run by a family of Borucan artists. I picked up an authentic Boruca mask (with certificate to prove it)
The Boruca (also known as the Brunca or the Brunka) are an indigenous people living in Costa Rica. The tribe has about 2,660 members, most of whom live on a reservation in the Puntarenas Province in southwestern Costa Rica, a few miles away from the Pan-American Highway where it follows the Rio Terraba. The ancestors of the modern Boruca made up a group of chiefdoms that ruled most of Costa Rica's Pacific coast, from Quepos to what is now the Panamanian border, including the Osa Peninsula. Boruca traditionally spoke the Boruca language, which is now nearly extinct. 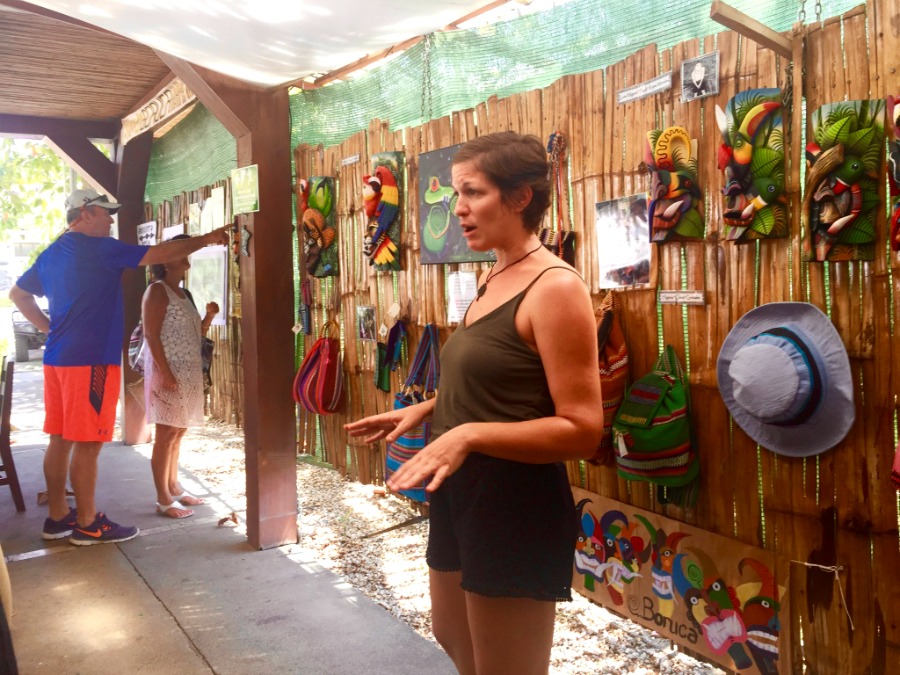 This is Grace. She is married to one of the Boruca artists
The gallery shares space with a restaurant. 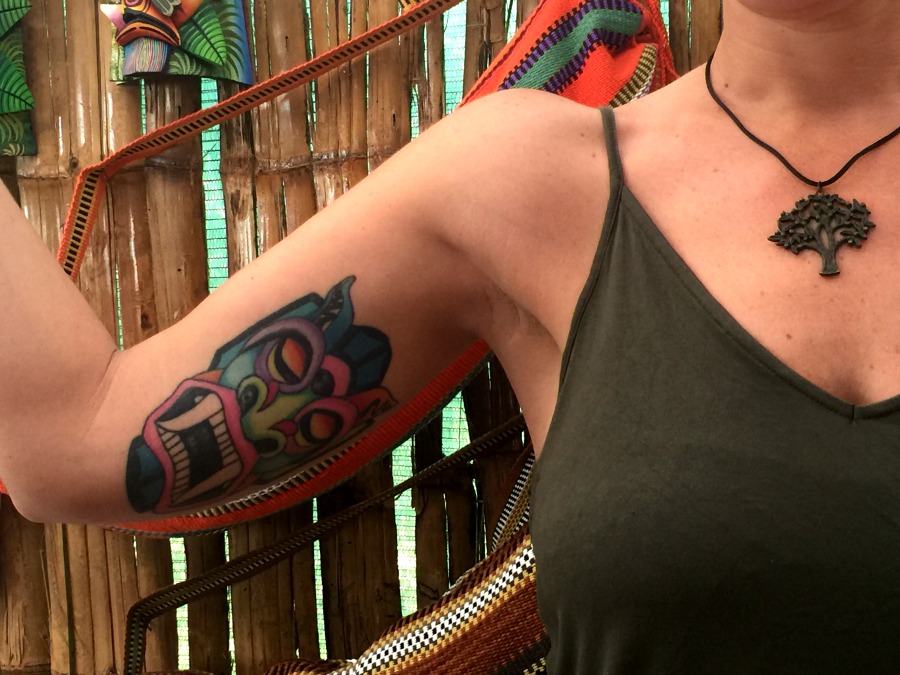 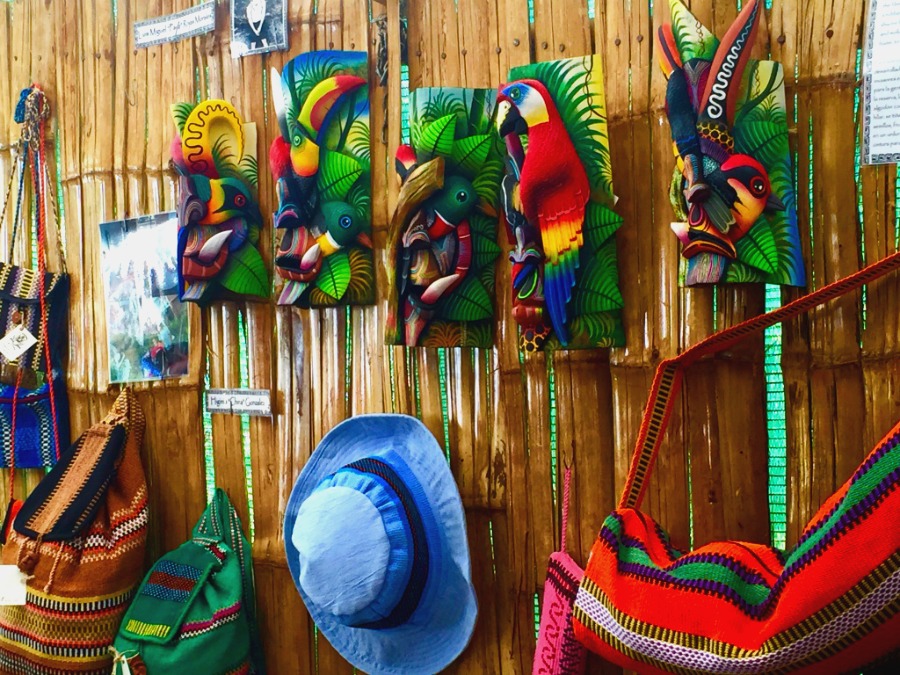 We were in the gallery for a little over an hour. While we were there many people came in and bought artwork (I also bought a leather wrist band). We left to take a walk on the beach to get some ice cream but returned for lunch about an hour later.

The wall was almost empty and there was only 1 mask left! 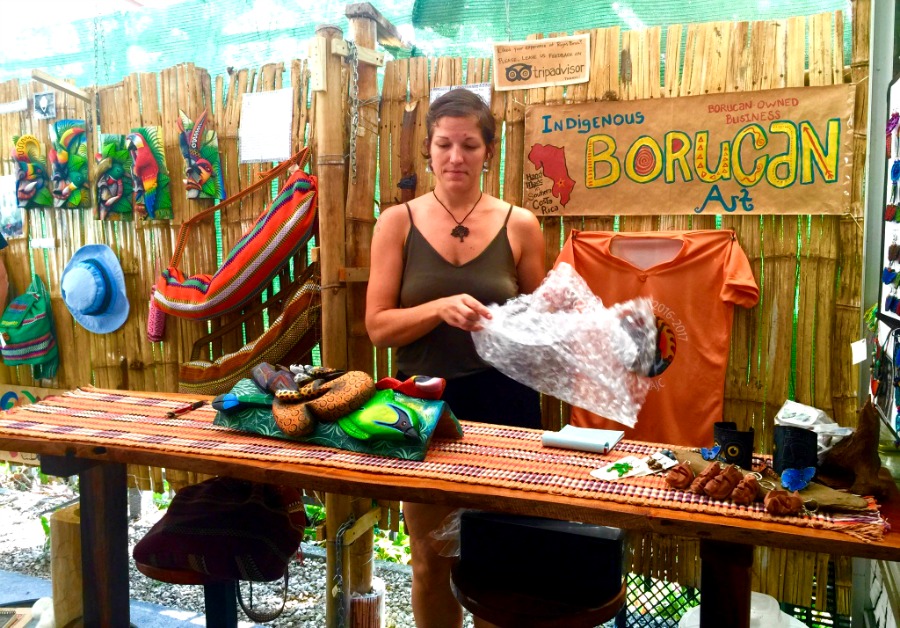 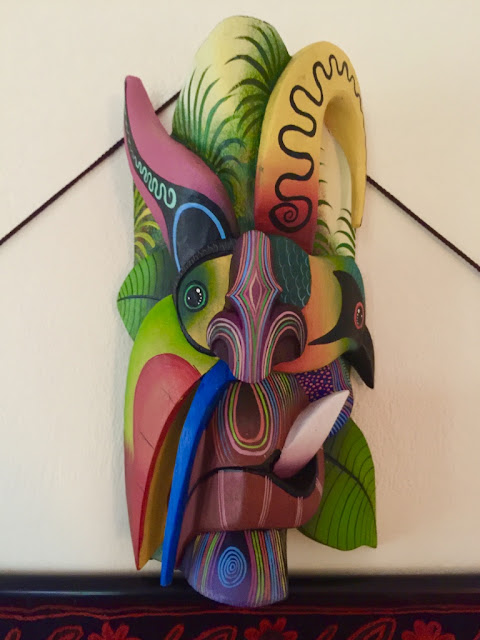 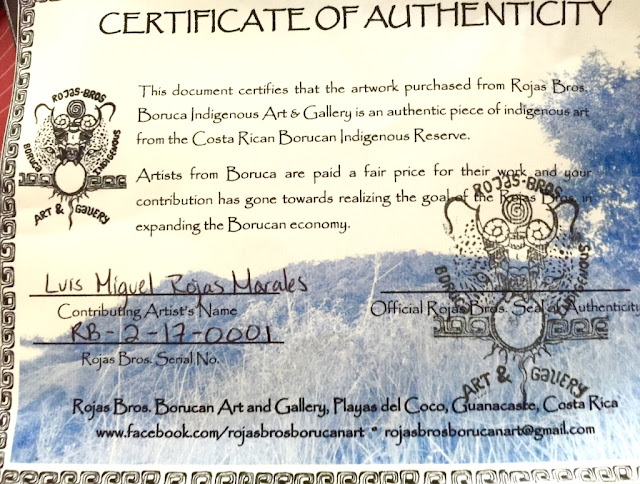