In the Mist of a Memory - Our Life in Costa Rica

This is sort of a combination post today as there are several things swirling around in my head.
They have to do with life in Costa Rica. There are some things that you just get used to after a bit of time here and then one day you think about your old life back home and you realize just how different it is now, in so many "little" ways.

I used to begrudgingly get up at 5:45 am (OK the alarm would go off, but technically I did not actually get out of bed) Usually I would look over at the clock and wonder how it could possibly be time to get up when it seemed that I had just gone to bed! I would lay there trying to formulate a good excuse for not going to work. After about 15 minutes (unsuccessfully coming up with a good excuse) I dragged myself out of bed -- and so the day would begin. 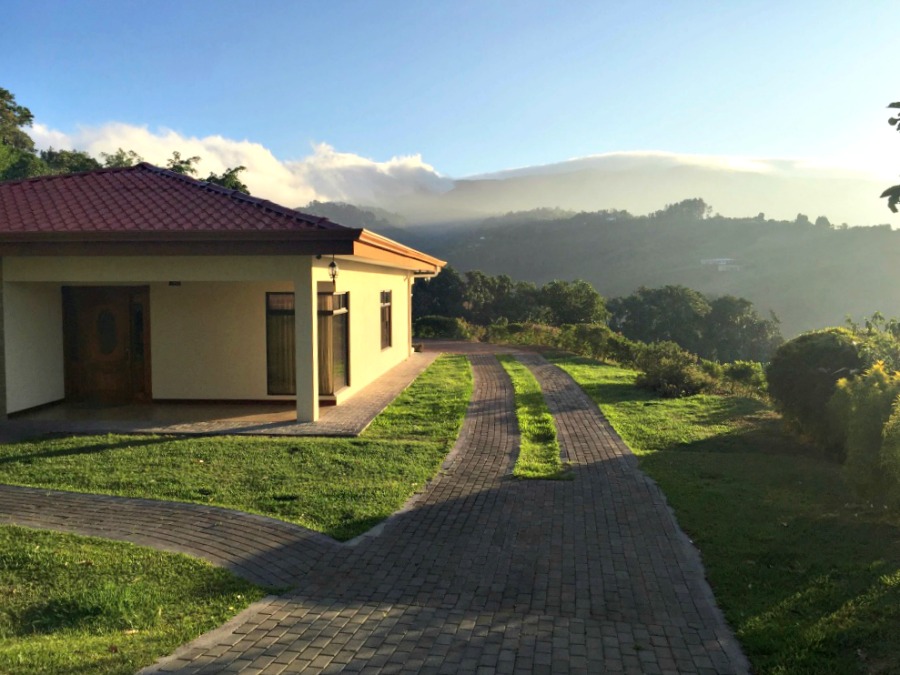 Our house in the mist on Thursday just after sunrise

Now - I wake up rested, refreshed and ready to face the world at sunrise (which happens shortly after 5:15am-ish EVERY day)  Sunrise is a very beautiful and peaceful time here. I meet the new day with enthusiasm and excitement. The city comes alive very early here. What new things will the day bring?

On our ridge, Monday's and Thursday's are garbage pick up days. Back home I never cared what day the garbage got picked up. I lived in an apartment. All I had to do was take my trash down the hall (whenever I felt like it - 24/7) and dump it in the bin. 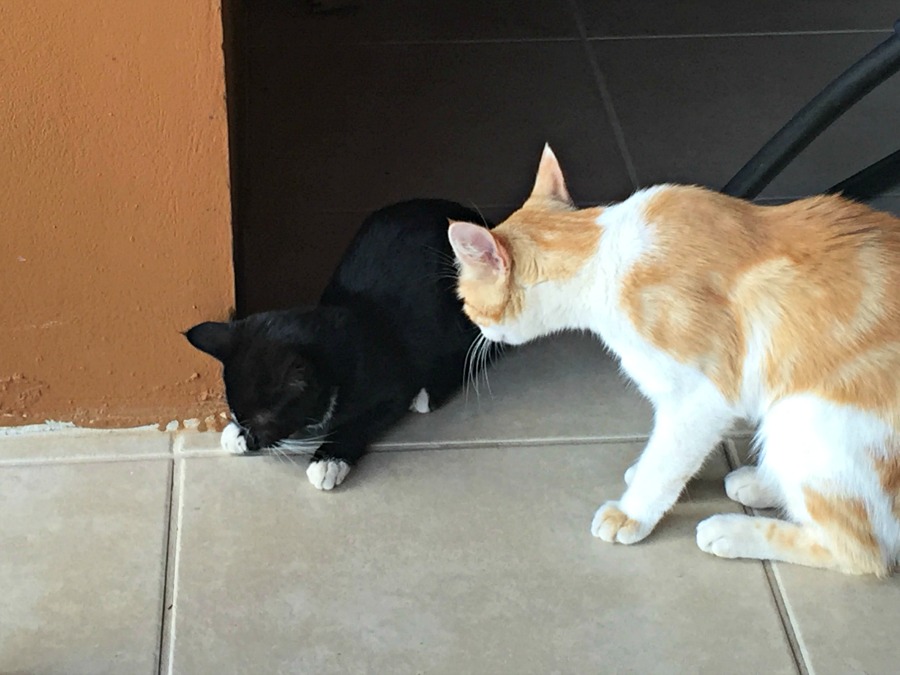 Luis is teaching Luego how to eat a bug

I previously posted a picture of the garbage containers and I mentioned that they are constructed to be set up high partly to dissuade dogs and other animals from getting into the bags and having it strown all over the streets.  We take our garbage out about 5:45am (this is Lavanson's chore). The garbage guys usually come around 6:00am. Last week we didn't get the trash out until 6:00 am and the garbage sat for hours. Seems we had missed the truck. So Thursday, not wanting to make the same mistake, and with Lavanson was not feeling well, the responsibility went to me. I went out at 5:30am. However things have become a wee bit more complicated because instead of dodging only the neighborhood dogs we now have TWO (adopted) cats and they love tearing into the garbage as much as any dog. (I dare you to move to Costa Rica and not end up with at least ONE homeless stray animal). Anyway, I took the bags out and stood watch over them (and the cats) awaiting the truck (which btw did not come until about 7:30am. I learned later from a friend that pick up hours are anywhere from 5:00 am to 3pm - Ya gotta love this place!! I wouldn't trade it for a thing! 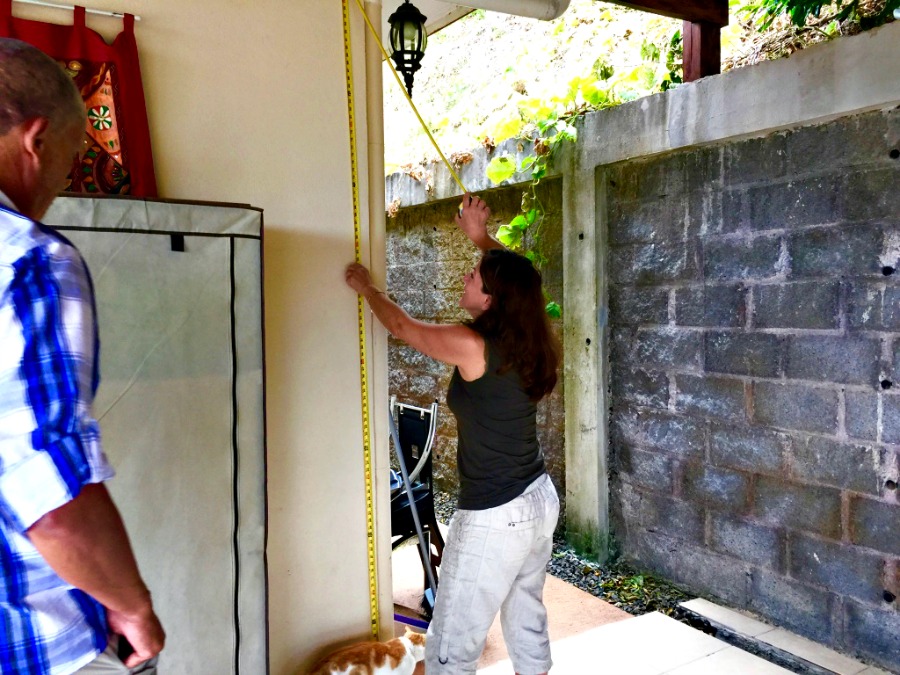 Oh and - this cute little storage closet was part of the patio decor but was ruined shortly after this photo - as the newest kitty, Luego used the top for a bed and tore through the fabric with his kitty claws on his way up and down. The patched up version now resides inside the house.

Also....I brought a bunch of my sheer curtains from the states with the hope of using them out on the patio. I discovered that it was not going to be so easy putting them up. Walls are cement and require a drill - which we did not want to do since this is a rental. The patio roof is also uneven so I asked an expat friend and interior designer (thank you Kim!) to come down and check it out for me. She figured out just what we needed to do. She brought the PVC pipe and we got the tall ladder out and finally got the curtains up. The patio is still a "work in progress" but coming along. While we were in Puerto Viejo I bought some colorful sarongs and decided I might be able to use them on the patio as well.


Enough from me...Time to check out in the video!

<
In the Mist of a Memory from Devon on Vimeo.

Have a simply marvelous weekend everyone!