We made it to Boquete and we wanted to stay!!

Our bus pulled into Boquete on day #2 at about 5pm. We had planned to meet with Bernie (a friend of a friend) who was going to give us some background about Boquete and explain some facts about Panama's popular retirement /pensionado program. We arrived a little late so the meeting was rescheduled for the following morning at 8am.

We were a bit tired from riding anyway so we checked into our rooms at The Haven (LOVED💜 the hotel and the rooms - highly recommend) and made our way to an upscale restaurant for dinner. (I have forgotten the name of the restaurant but it was VERY nice as well -- they even had California Chardonnay!)

Early the next morning we all attended the relocation meeting at the hotel. Some of us were able to go with Bernie (due to space available in his vehicle) on a guided tour of Boquete. 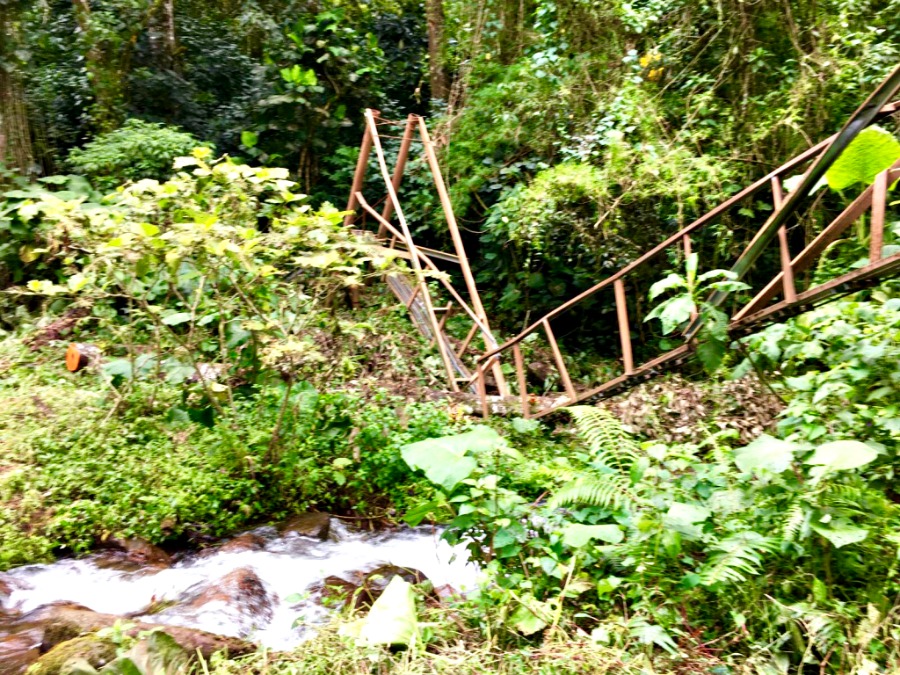 Following the Panama relocation meeting, some of the Panama Jammers decided to hike THREE HOURS to a nearby waterfall 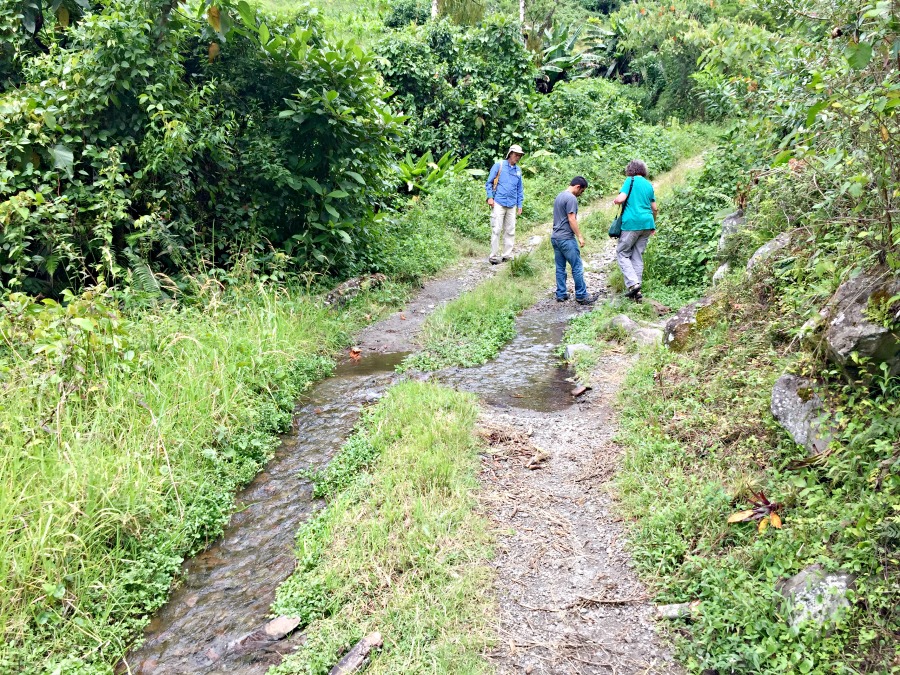 Boquete Panama (pop 6,000) is small town located on the Caldera River at an elevation of 3,900 ft in the western-most Province of Chiriquí, about 60 kilometres (37 mi) from the border with Costa Rica. The surrounding Chiriquí Highlands are home to coffee plantations and the Barú Volcano National Park. 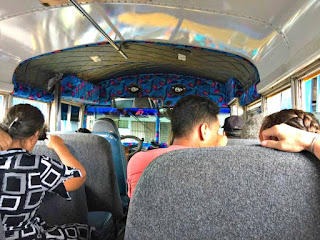 Boquete is only 40 minutes from David (Panama's 3rd largest city). It is also only about an hour from the beach. Boquete has basic necessities but most people make the trip to David for more extensive shopping (they have all the major stores, popular US restaurants and a BIG mall).

We rode to David in one of the local buses (a clean & comfortable chicken bus) which had a tricked-out interior & dashboard. 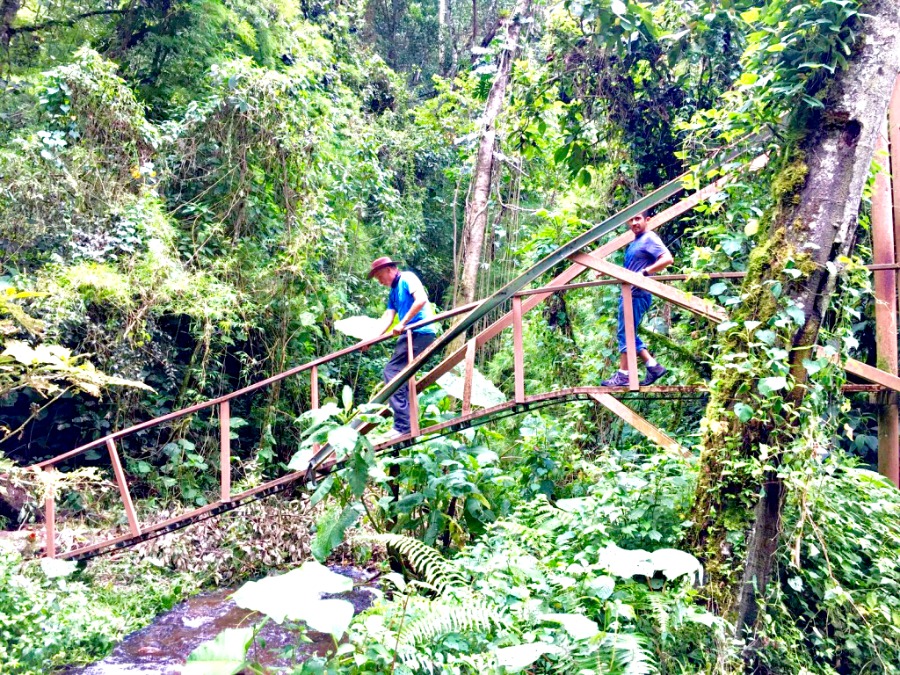 About 30 minutes into the hike they encountered the broken bridge

Boquete is one of Panama's Top Expat Havens

The climate in Boquete is cooler than that of the lowlands (no heat or air required). It's scenic location, temperature (daytime temps in the 70's and 80's with cooler nights), and natural environment make it popular with Panamanians and attracts tourists and retirees from all over the world. (It's proximity to Costa Rica also makes it a popular destination for Costa Rica expats making their 90 day Visa Runs)  The expat population of Boquete is somewhere between 3,000 - 5,000, depending on "who" you talk to. International Living has been responsible for bringing many expats to Boquete. 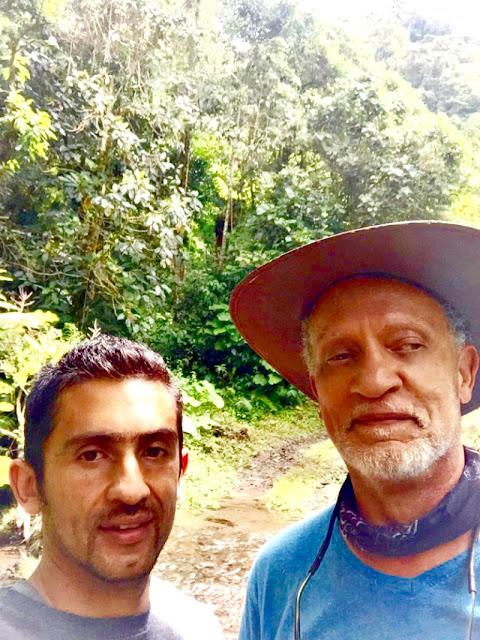 The Jammers called a taxi to take them to the falls and by the time they arrived
the driver had decided to hike with them. 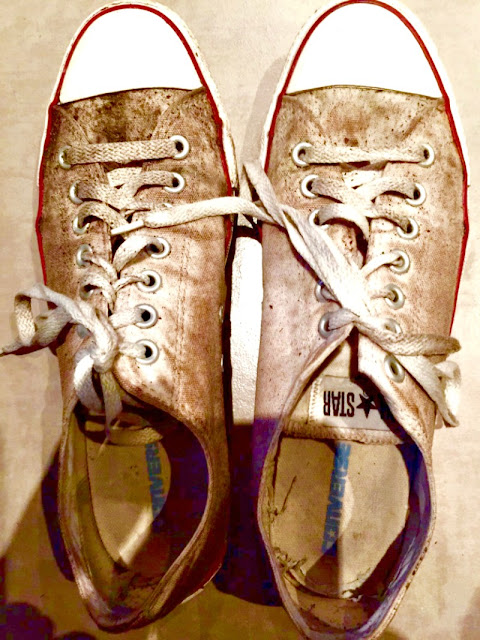 when you don't have proper hiking shoes and you hike on muddy trails -- some covered with streams
you return with shoes that look like this!

We liked Boquete so much that we added an extra day to our trip so that we would have more time there. There were several Jammers that were still undecided as to where they wanted to settle down for retirement. This would give us all a chance to explore more of the area and hopefully see some houses (house tour in next video).

Our guided tour with Bernie through beautiful Boquete was spectacular and even made a few of us who have settled in Costa Rica reconsider exactly WHERE we wanted to live!

Check out the tour below
*Note - If you are considering moving to Panama, the Panama Jammin Tour is a great way to do your due diligence for Panama