After the show - Our Life in Costa Rica Yr #2

The Bruno Mars concert was awesome! 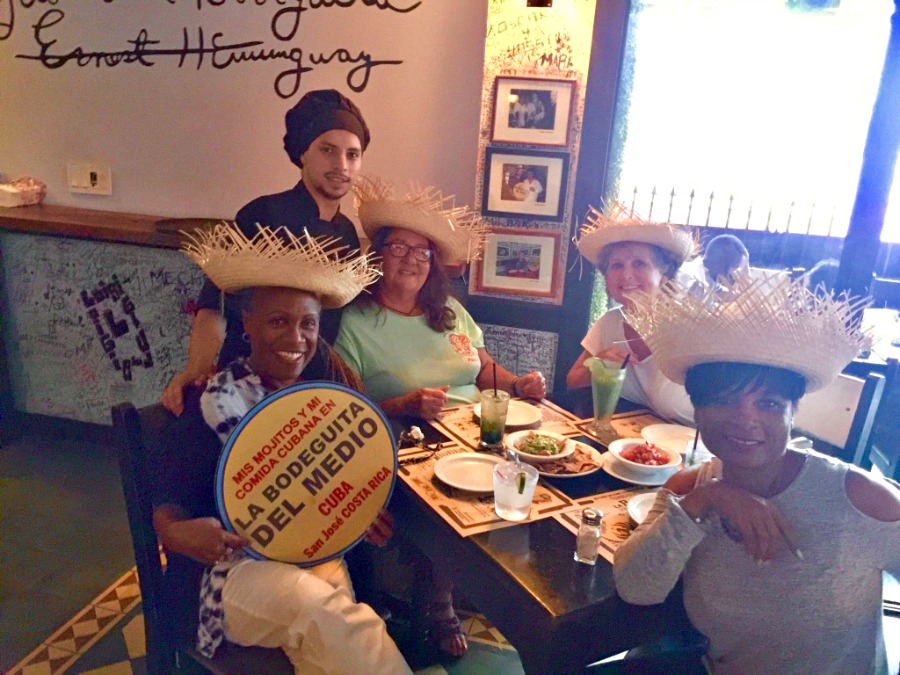 Three of us took the bus from Grecia to the stadium to connect with our friend Tracy (pictured in green). She booked a room near the stadium for a couple of nights and planned to see Alice in Wonderland at the Teatro Nacional the following night. We ate dinner at a pretty cool Cuban restaurant. 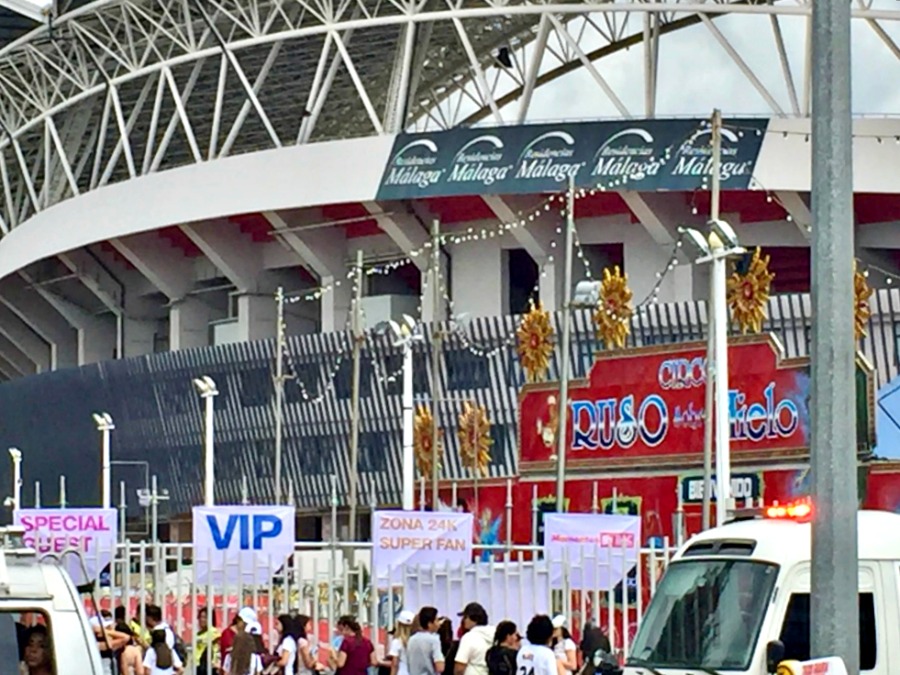 1:30 in the afternoon, crowds already forming
The concert was sold out and the only way we got tickets (the day before) was that they opened up some additional premium balcony seating (which was perfect for us). We were in a section with very few people. We had comfortable seating, we were under the over hang (in case of rain - no repeat of the Sting concert seats for me)

The only problem was....on the walk to the concert (the sidewalks were very crowded) and when we arrived, Tracy was without her wallet and ticket!

YES, you got it! Someone pickpocketed her on the way. So we all chipped in to buy her a $100 ticket from a scalper. I won't go into any further details on that. 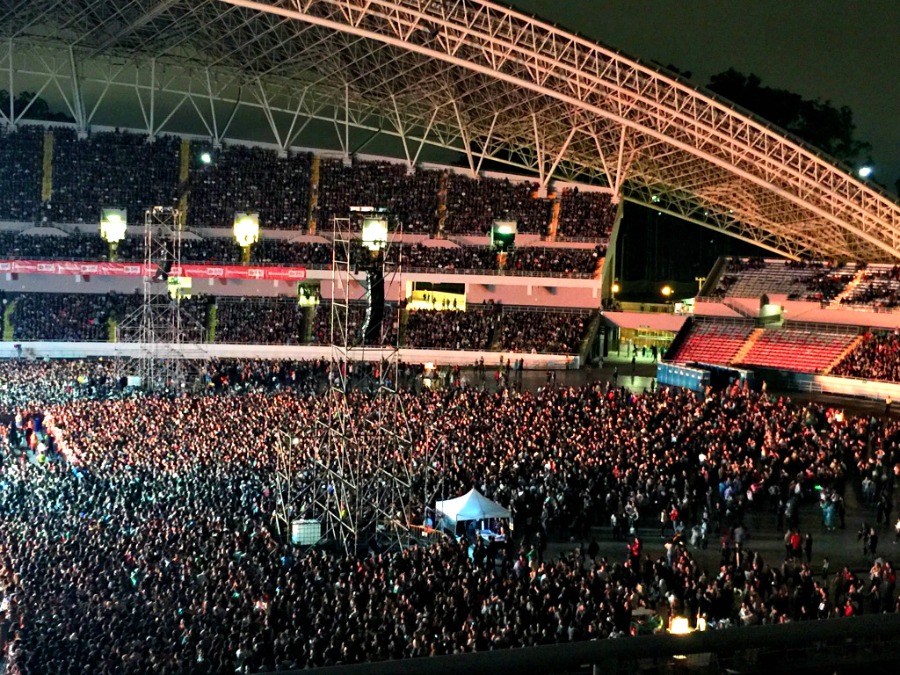 Back to the concert!
SPECTACULAR, high energy -- one of the BEST concerts I have ever seen!