This is a bit off subject
but...
How many of you have had your DNA tested?

I have done 3 tests to date ( I had 2 tests done about a month ago) but let's start at the beginning and compare.

(For those who have not been following me since 2011)

The first one was done back in June 2010 by African Ancestry. They have the largest database for tracing African ancestry of any of the other tests out there. I began tracing my ancestry by using the online version of Ancestry.com, however, if you are African American you probably know that for us, it's very difficult to go back farther than 1865. Before then, most of our ancestors were property.

I wanted to cut to the chase and find out just where in Africa I came from.

I ordered the maternal test kit (I have no access to information on my biological father) at the time the cost was $299.  OUCH!! A pretty hefty price but I had decided it was worth it because I wanted the information. 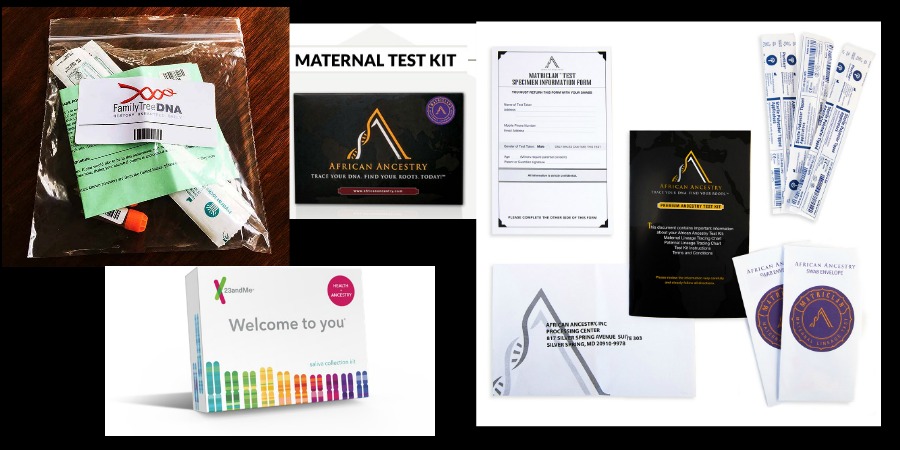 I waited impatiently for the results, which took 10 long weeks. This was back in the day before results were delivered online via email (from what I was told recently, African Ancestry still mails the results).

When I received the results I was very surprised to learn that my matrilineal ancestry was
100% Fulani from a tiny country in West Africa, called Guinea Bissau.

is the usual response I would get whenever I mentioned my results. Turns out that Guinea Bissau (in 2010) was the 4th poorest country in the world! A country with scant few doctors, children in need of food, medicine and education and an almost non existent infra structure. A country where life expectancy is somewhere in the early 40's. The population of about 1.8 million were under military control and the US Embassy had suspended operation in June 1998. On March 2, 2009, President Vieira was assassinated by what preliminary reports indicated to be a group of soldiers avenging the death of the head of joint chiefs of staff. The only information and videos I could find were about coups and assassinations.

Pretty grim and I was sad and disappointed to learn of my ancestry, partly because I had planned to visit whatever country that I was from.

And then everything changed...I ended up starting a project called "It Takes a Village" and teamed up with a young hip hop artist, Hasan Salaam from NJ.

if the link to the video below does not work please click the link above to view. Thanks
This is the type of hip hop story you won't see covered by the main stream media. Music is my weapon. Every single one of us has the power to change the world in some way. You don't have to be rich or famous. This project is a testament to that. Hasan Salaam x FLOW x Cobiana x Big Up GB x Baloberos x Impossible Music Sessions x It Takes A Village. Brian King Shivani Ahlowalia, Devon Austin, Austin Dacey, Raj Flow, Hasan Salaam, Willie Coleman Jr

If you would like to hear more about my DNA results (plus the 3 test comparison)
Comeback for part 2  - I get a new African name!!