Out of the darkness and into the light!

This is a photo I took just as the sun was rising over Costa Rica prior to our landing. 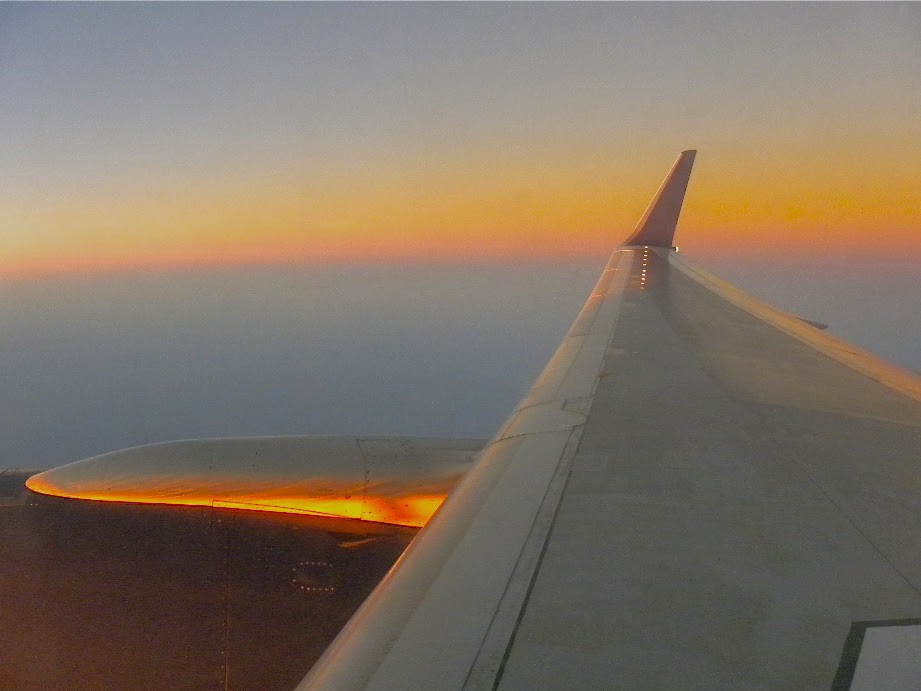 Also, I might add, there was scant little legroom on the Boeing 757. We are planning to upgrade seats on the return.

A Big Thank You to my sister in law, Amy, for saving the day and helping us to get to LAX on time!! 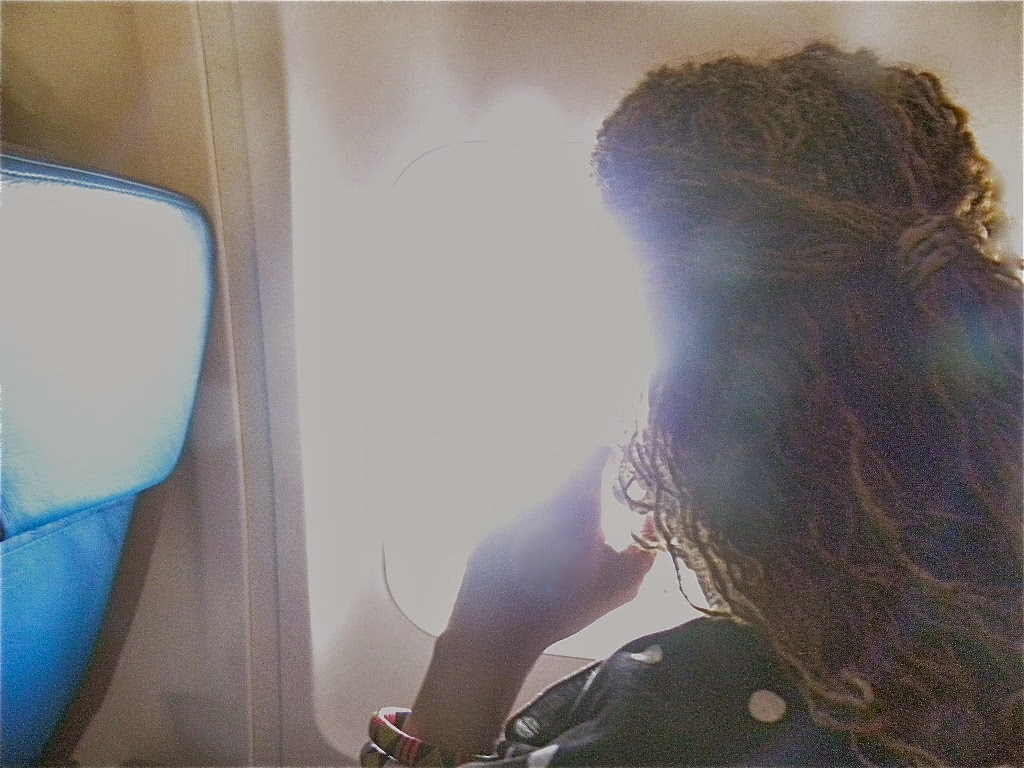 As the sun came up I enjoyed looking out the window and watching as the sun erased the moon.

(Please excuse the glare on this photo but the sun was pretty bright.) Of course one cannot escape the immigration forms
and a cup of Costa Rican coffee makes the task a little nicer! 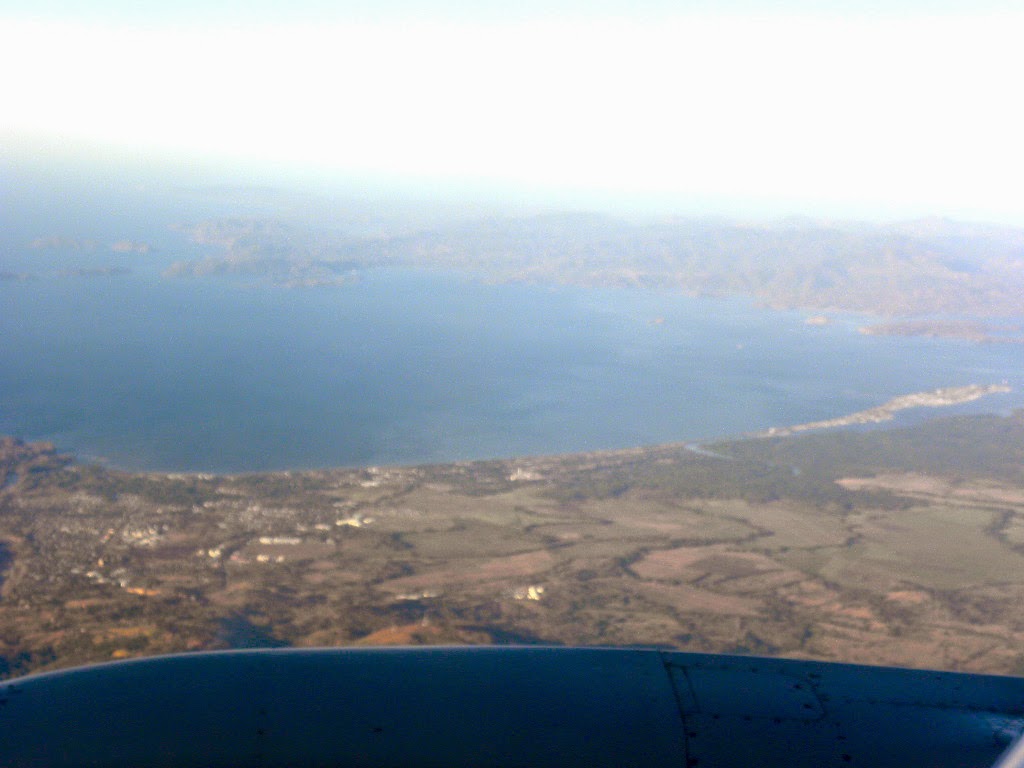 Our view as we approached the airport. Some passengers seated on the left side of the aircraft said that they could also see the Caribbean. 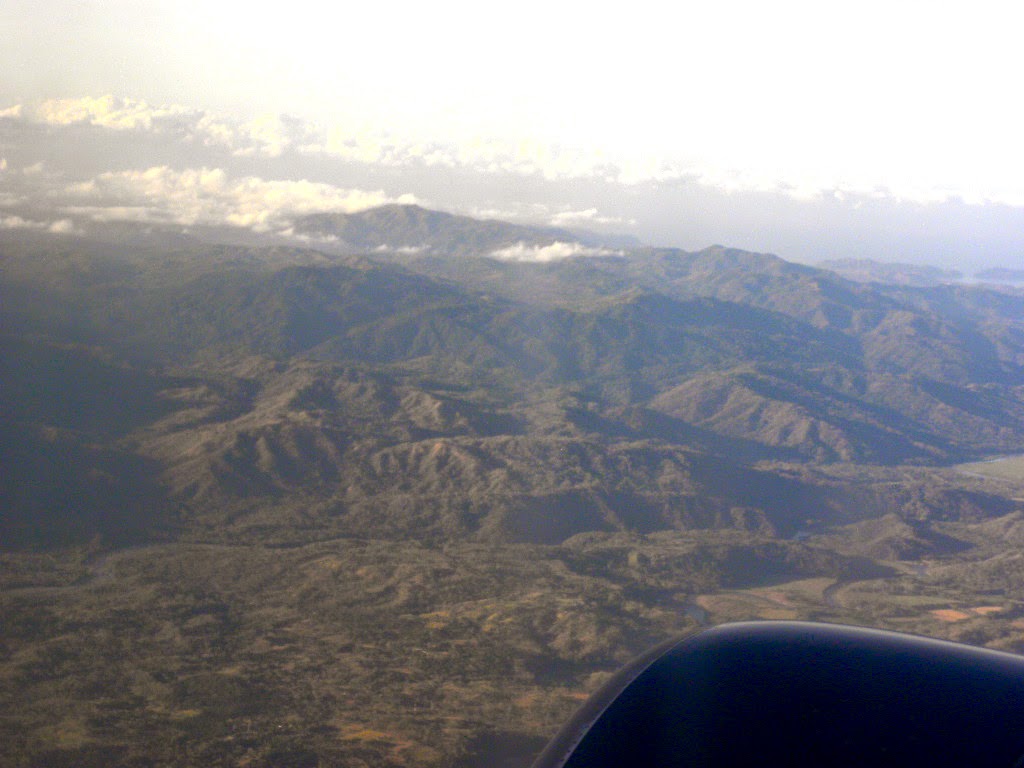 At the airport we breezed through customs with no problems. Everyone received a 90 day stamp on their passport except Lavanson. He was the only one who was asked how long he was staying. To which the custom's agent stamped his passport accordingly issuing him a 30 day stamp. No return tickets were requested by any of us.

We stopped at the Movistar stand (right outside the airport) to purchase sim cards but it turned into a hassle so we decided to deal with it later.

We then broke the rules and took an "un" official taxi to the hotel.  While we were trying to get our sim cards we were befriended by a taxi driver named Marco who was making helpful and polite conversation with us. He told us he would take the 4 of us to our hotel for $25 (we had been told not to pay over $30) So we figured "what the heck". Also the Movistar guy told us it would be OK -- so off we went. Un official taxi drivers use their own vehicles instead of the red taxis used by the official drivers.

It worked out fine and Marco took his time explaining the sights and some Costa Rican history on the way to the hotel. In the end we even made arrangements for him to pick up the final member of our group and deliver him to our hotel as well. 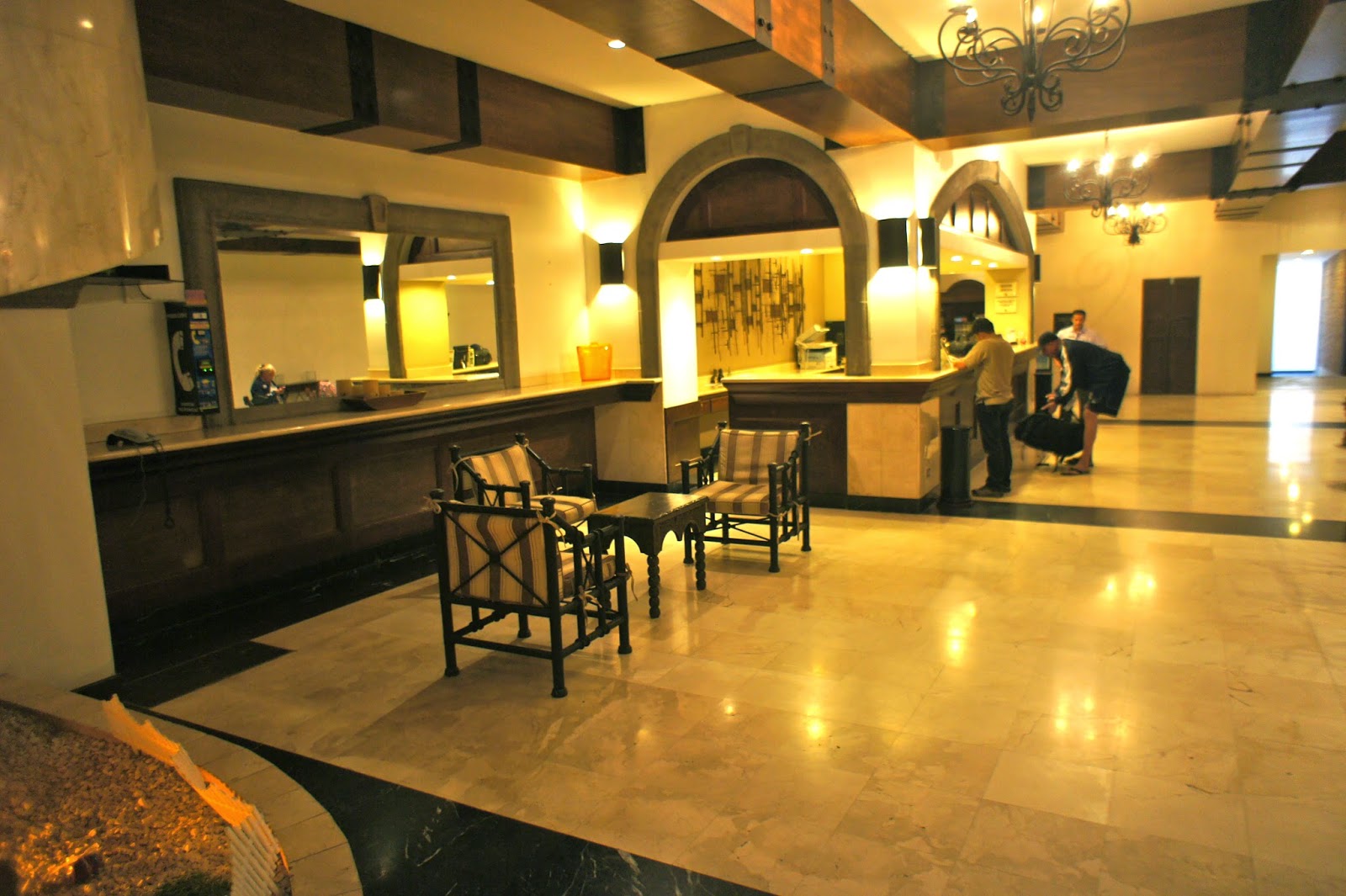 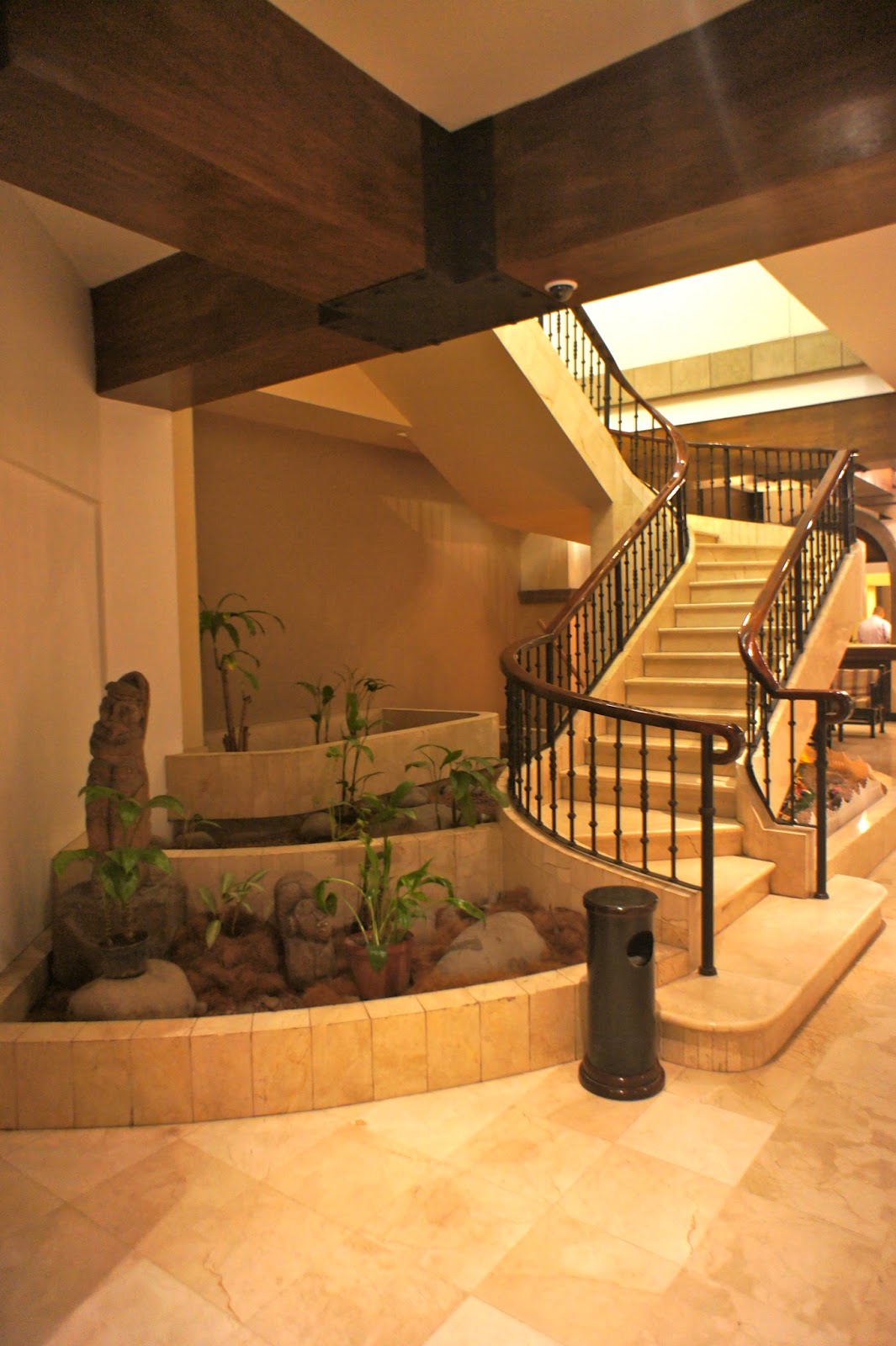 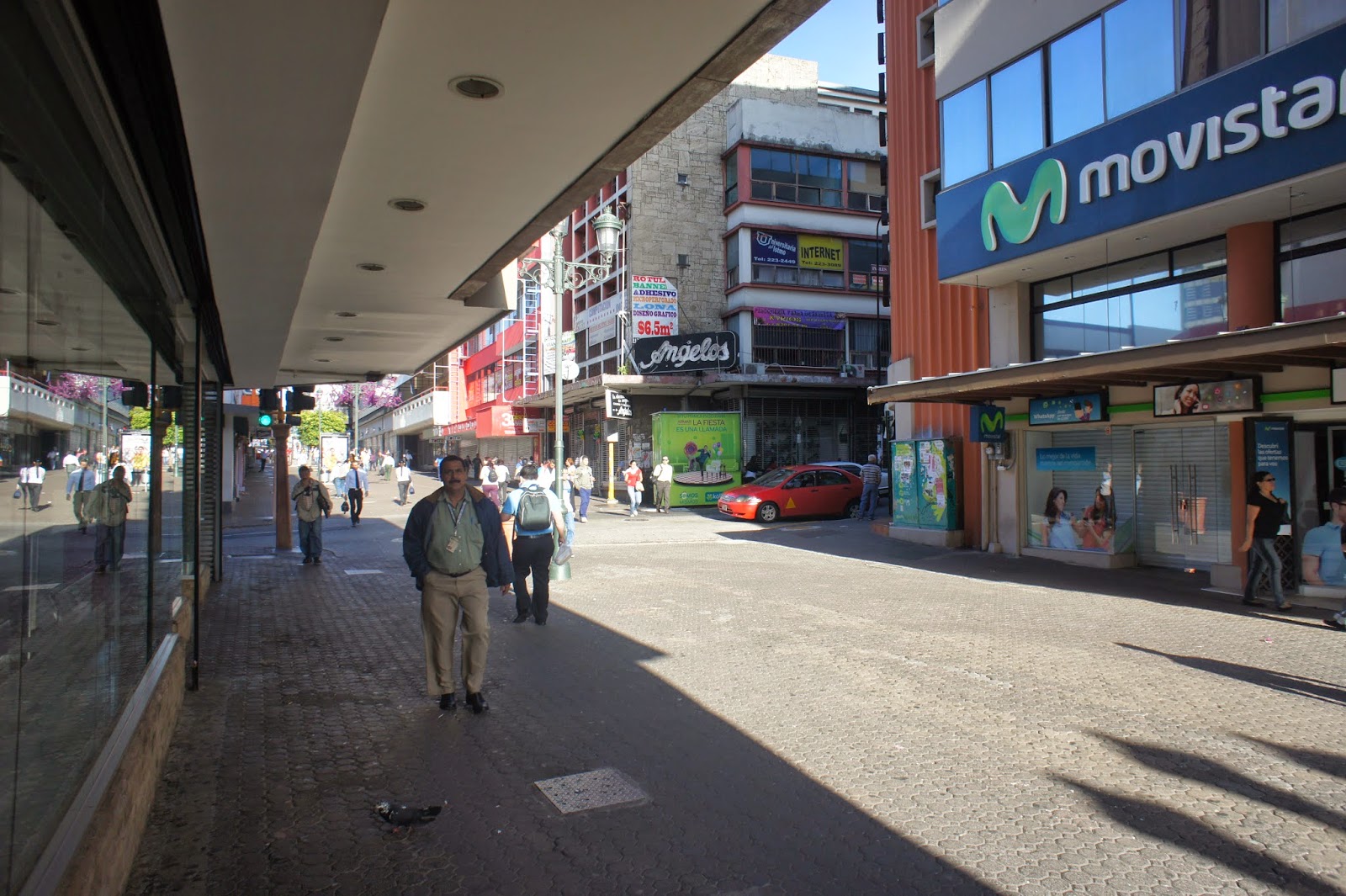 We actually missed the hotel entrance as there is no sign 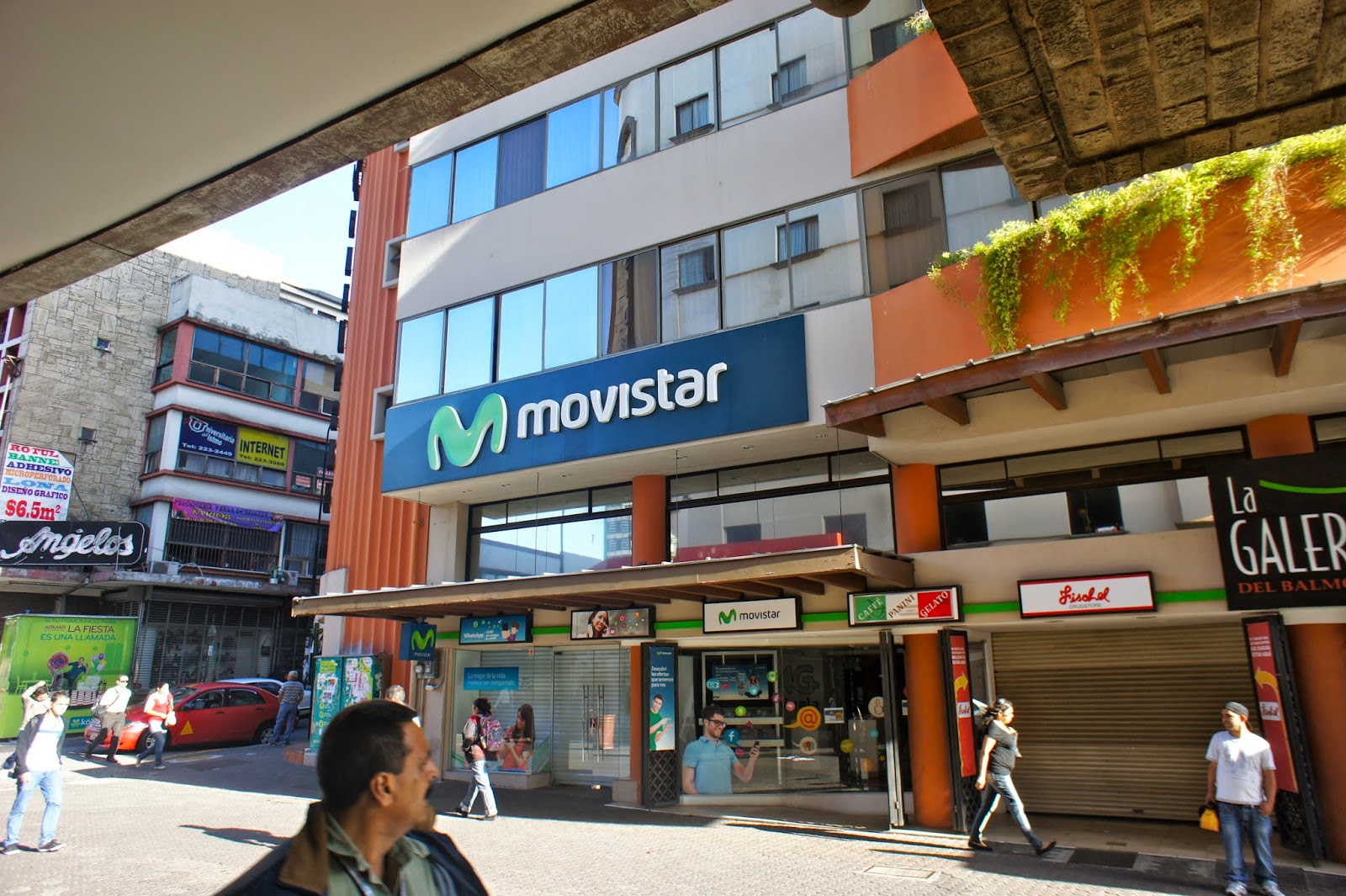 shops directly across from the hotel 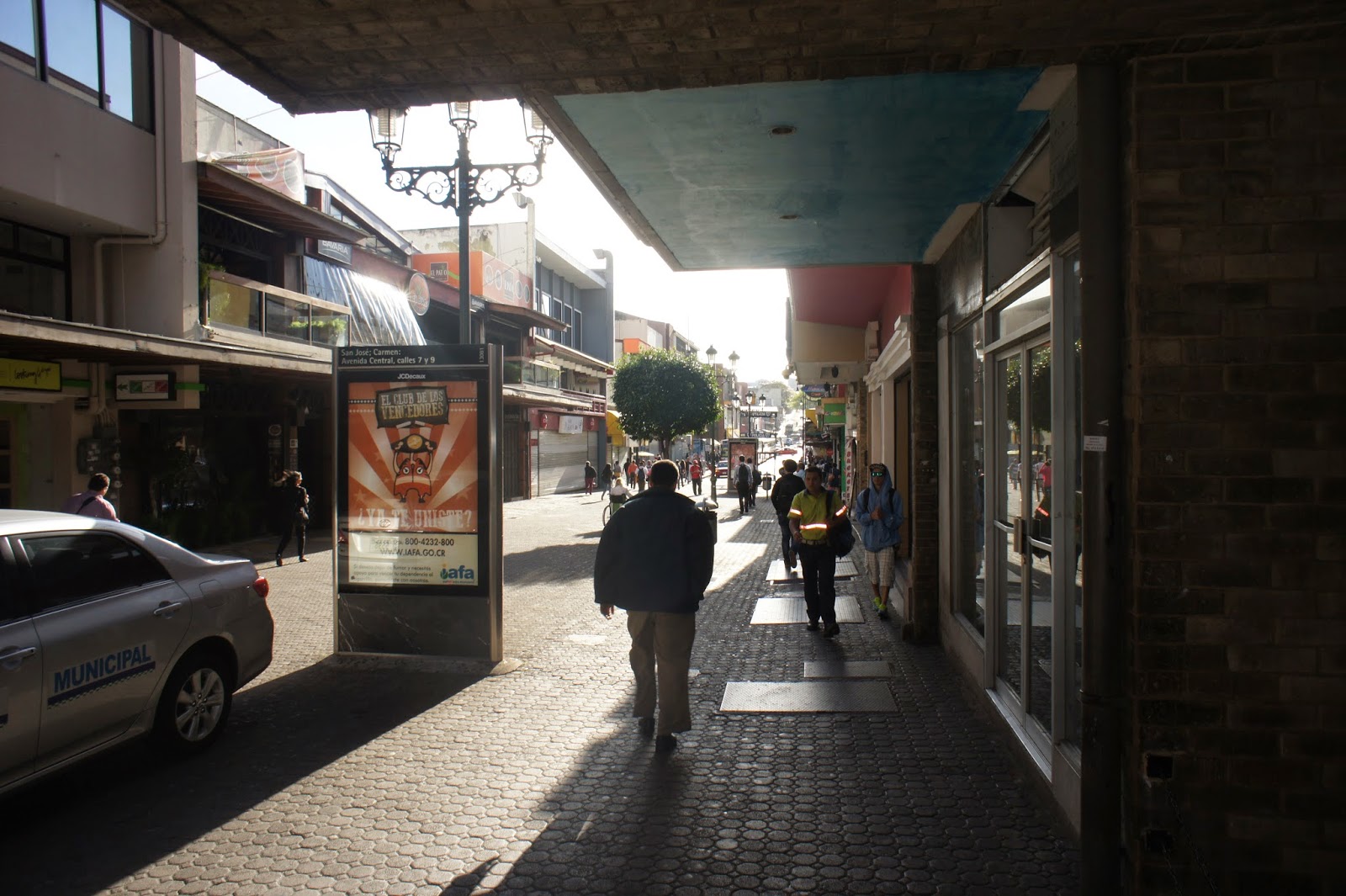 If you don't know where you are going you will walk right past the entrance. We did, about 3 times. Finally had to ask. 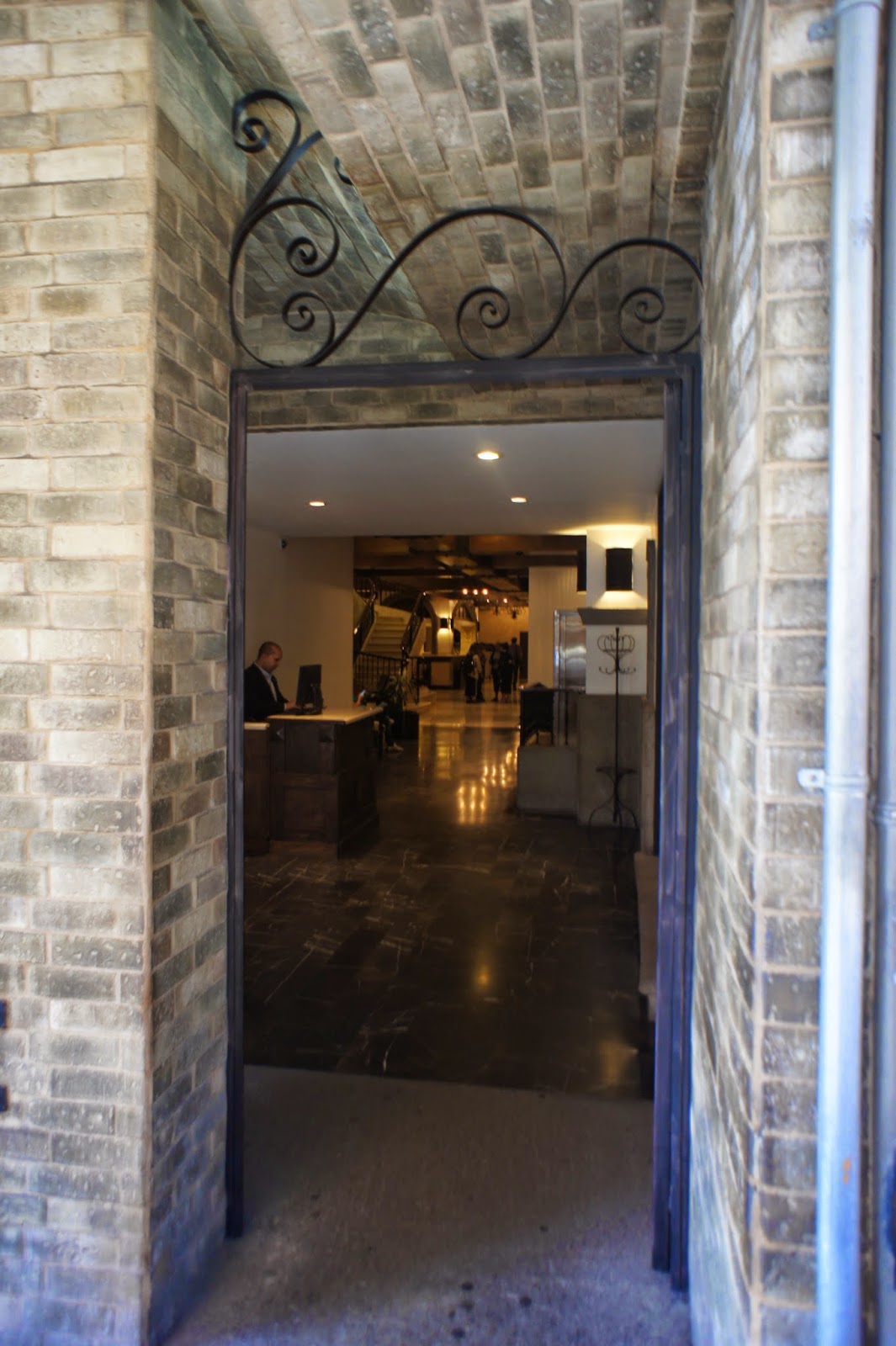 Don't know why we couldn't find it.
Guess we thought there would be a grand entrance
Silly Americans (North Americans that is) hahaha 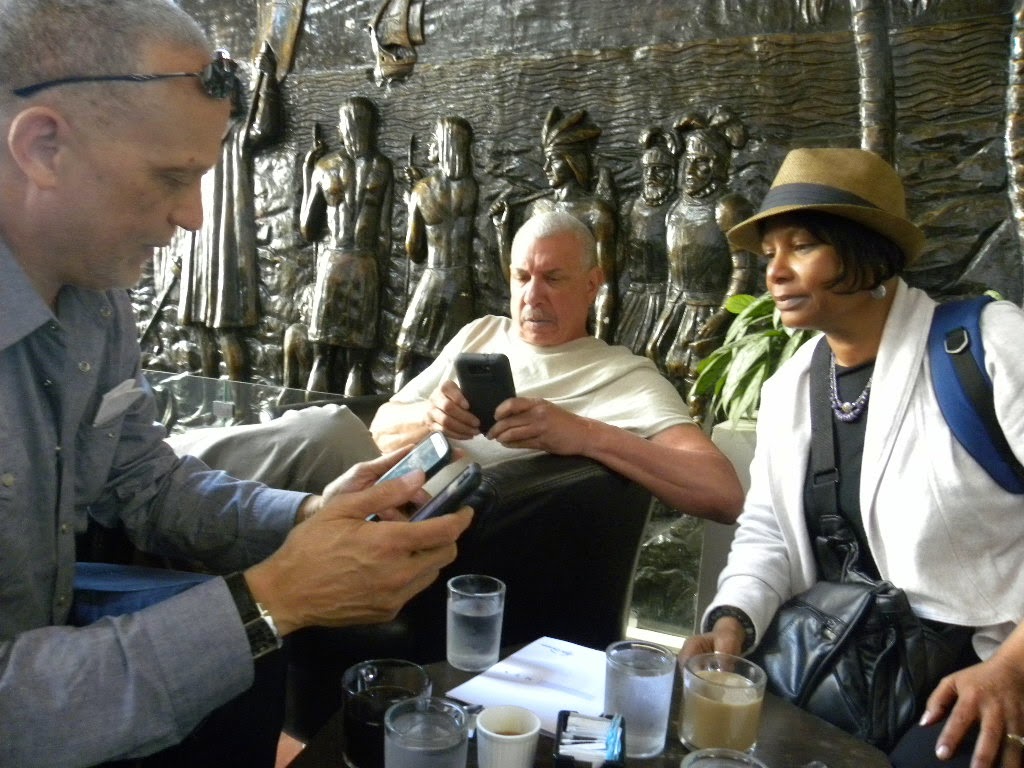 Once the 4 of us arrived at our hotel, we had to wait about 3 hours to check into our room. The hotel has free wi fi, so of course everyone had to get on their phones.

So far we do not have any service to make phone calls (none of us signed up for our respective carrier's international plans) and we can't text. I have the whatsApp but the receiver must also be signed up, (if any of you would like to text - add the app to your phone and email us.) 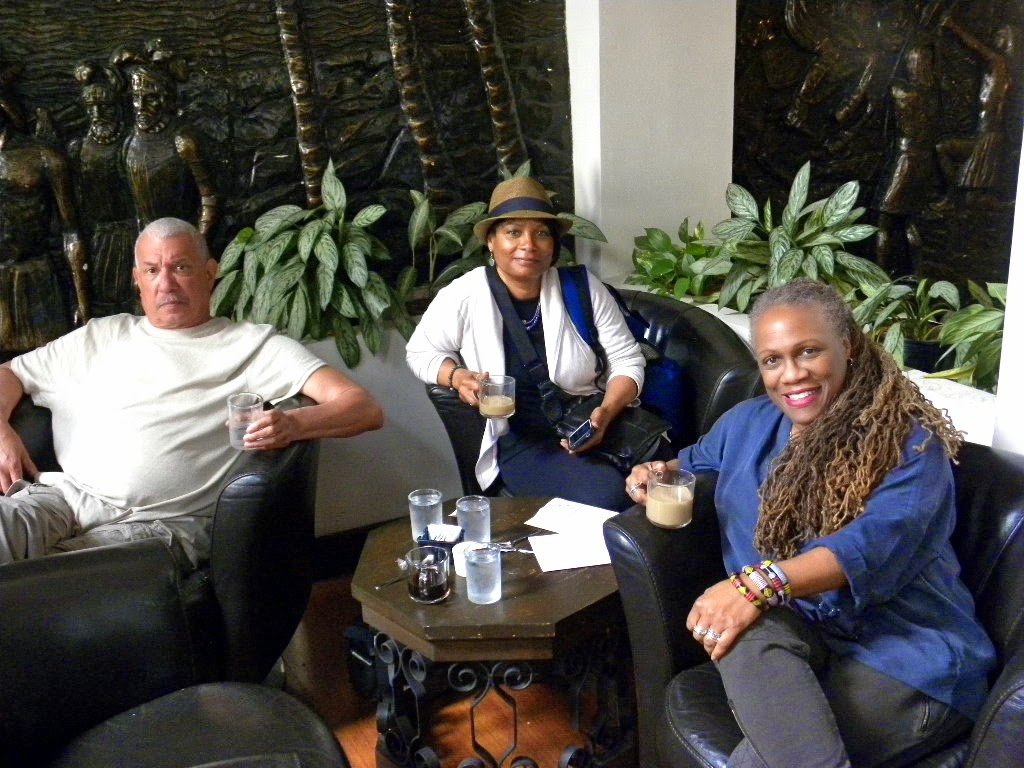 Artwork in the hotel restaurant depicting the colonial beginning so Costa Rica. 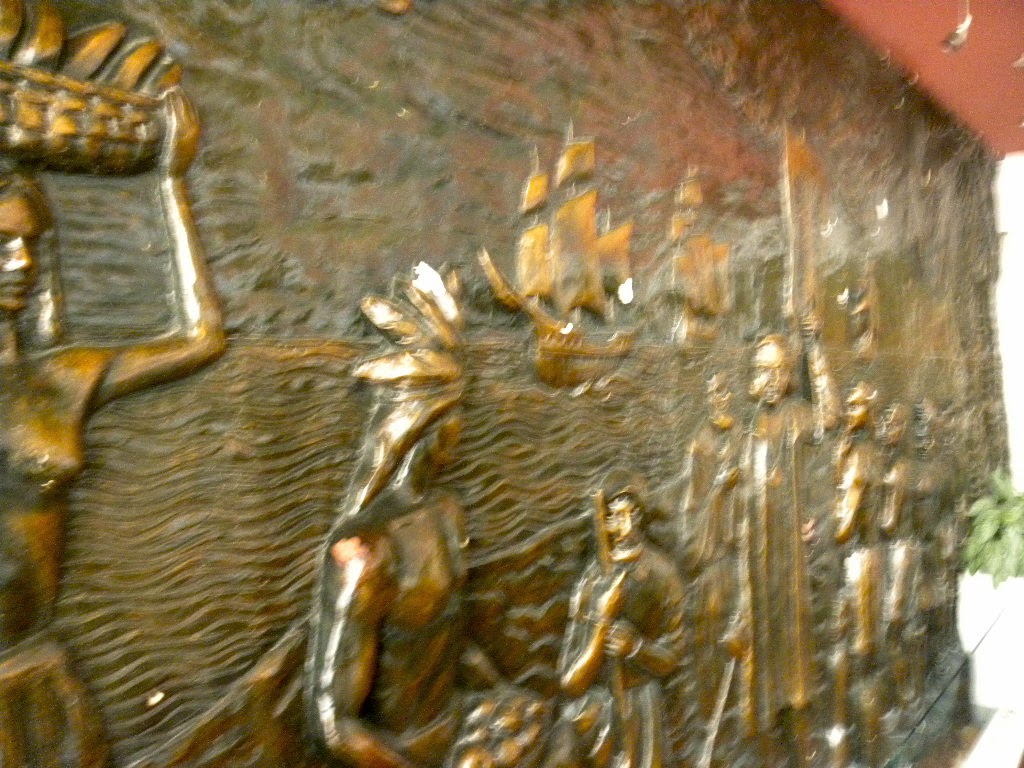 Our 5th travel companion (Jesse - flying in from FL) arrived (courtesy of Marco) in the early afternoon and joined us to complete our party. 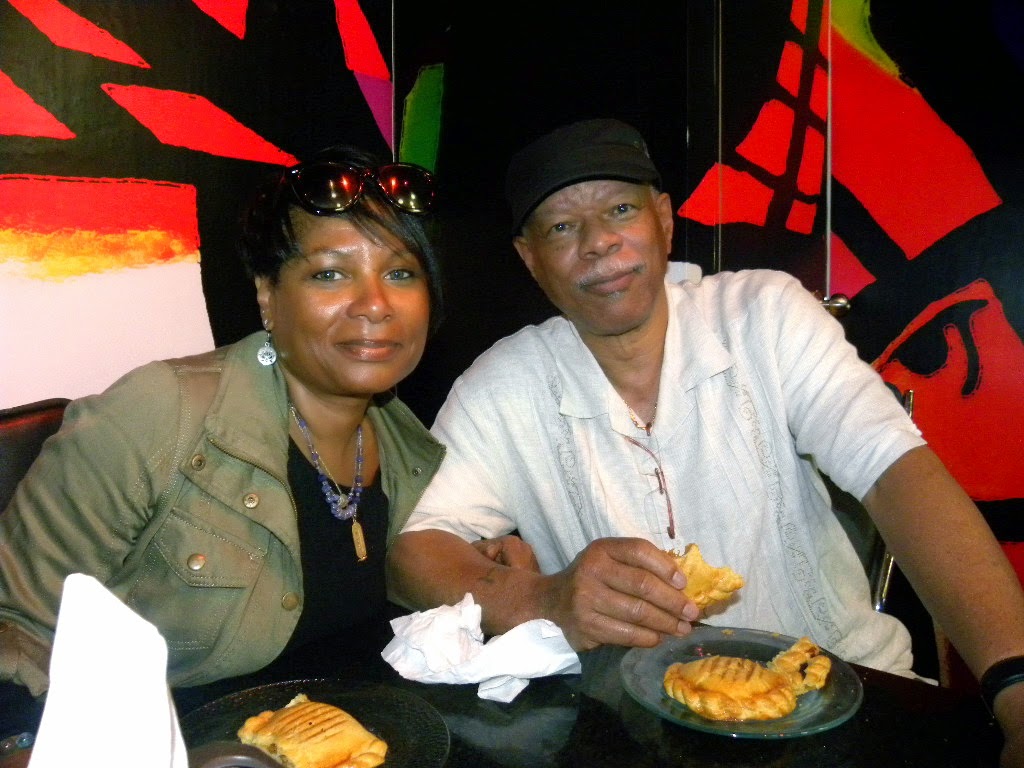 We took a stroll down the (very busy) central boulevard (which runs in front of our hotel) and we stopped off for some dessert and fruit drinks. yum! 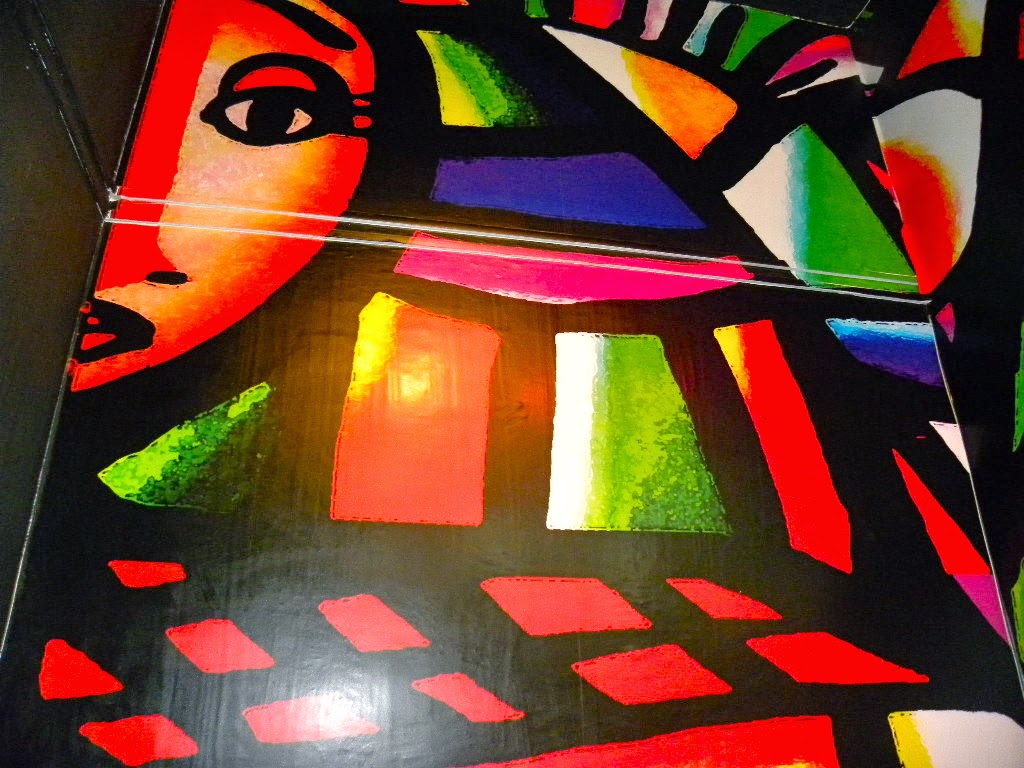 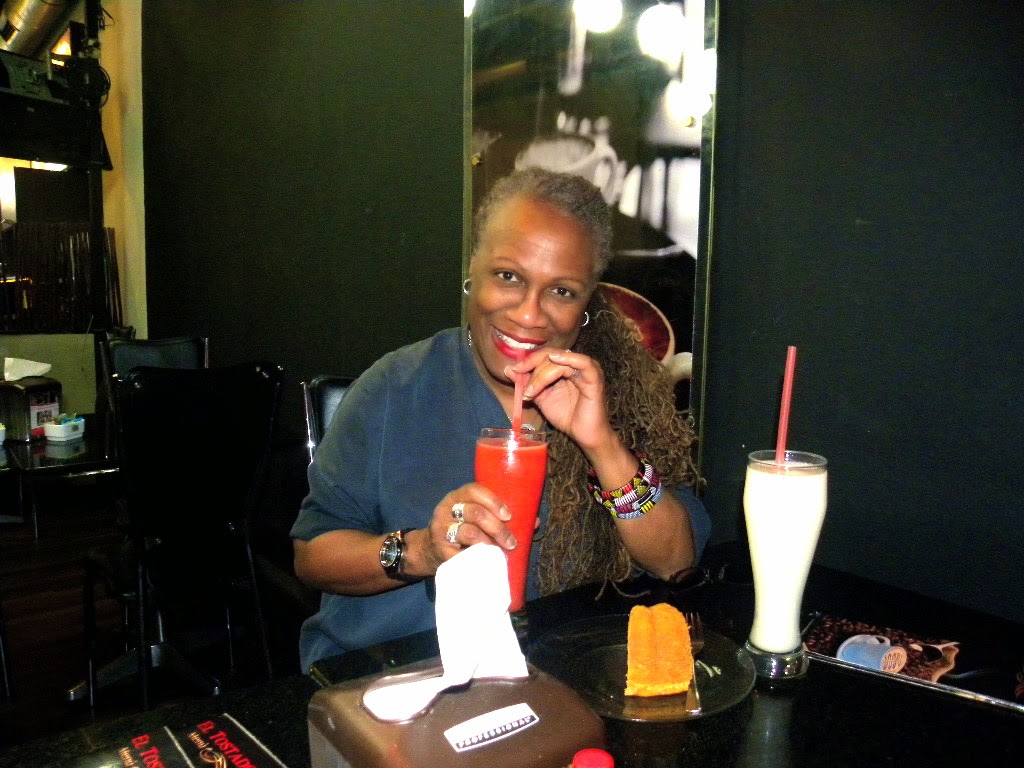