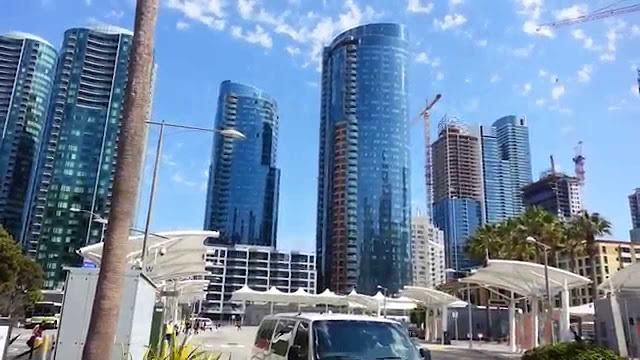 Almost 2 years ago I began taking the transbay bus to the city and it was an enjoyable ride. Plenty of seats. Over the last year, something happened. The bus became very crowded.  They added extra times slots and began running one of those big commuter buses with wifi on board (which I really like, so don't get me wrong) but the lines got longer and longer and I had to get out to the bus stop earlier and earlier just to get a seat. We are the 3rd stop on the route. Once the bus leaves my stop there are already people standing in the aisle. By the time we make our last stop, it is packed. Sometimes we can't even pick up all of the riders because there is no room.
Since the majority of the riders are twenty-something young guys, I suspect they are probably tech workers who could not afford to live in the city and have been forced to move to the East Bay for more affordable(?) housing (HaHa -if that's what you call $2,400 a month for 600 sq ft)

As I arrive in the city there are many, many luxury skyscrapers under construction. There are cranes everywhere!!
All of the skyscrapers in the photo are brand new!!
Halfway into 2012, more than 4,200 residential units were under construction
An additional 32,120 new residential units had been approved
and applications for another 6,940 units have been filed for review.
But, who will be able to afford to live in these apartments?

check out the trailer

San Francisco has long enjoyed a reputation as the counterculture capital of America, attracting bohemians, mavericks, progressives and activists. With the onset of the digital gold rush, young members of the tech elite are flocking to the West Coast to make their fortunes, and this new wealth is forcing San Francisco to reinvent itself. But as tech innovations lead America into the golden age of digital supremacy, is it changing the heart and soul of their adopted city?