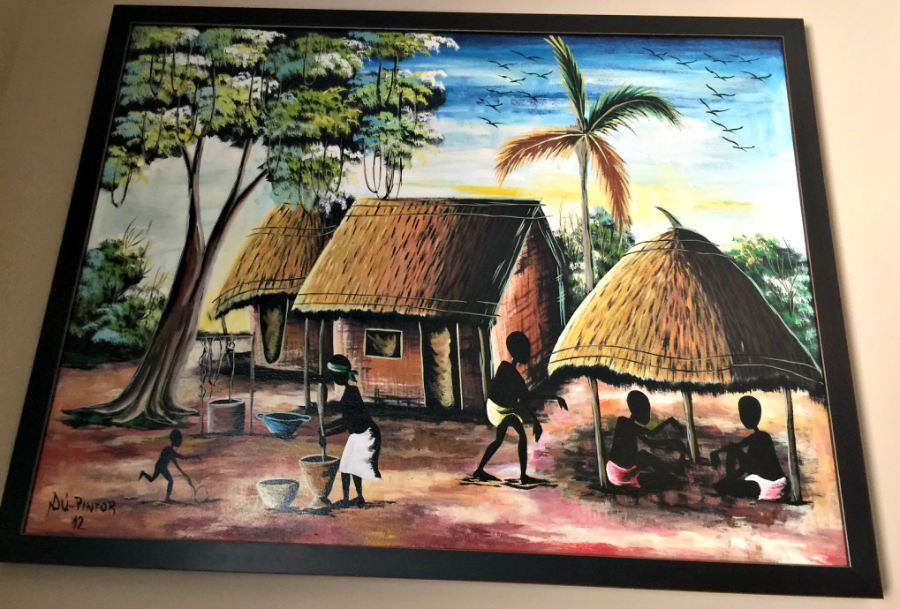 For those of you who may not be familiar --
In 2010 I had my African Ancestry DNA traced back to a tiny little country in West Africa, called Guinea Bissau (the 4th poorest country in the world). In 2012 I made a visit to to my ancestral homeland. While I was there, I had the pleasure of meeting a very talented young artist named Du Pintor (translated "the painter"). Du does not have access to resources or the funds to buy traditional art supplies and/or paints -- so he paints on a gauze-like material using house paint.

He painted several beautiful paintings of his life in Guinea Bissau for me and I had several of them custom framed.

In my move to Costa Rica I was not able to bring the ones I had framed but instead wanted to pass them along to my good friend Shelly (who helped me with my project in Guinea Bissau called "It Takes a Village"). She also has a daughter, Nia, who was born in Guinea Bissau (I call Nia my niece). At any rate, we were so busy when we were back in the states that I was not able to deliver the paintings to them in person as planned, before we had to return to Costa Rica. 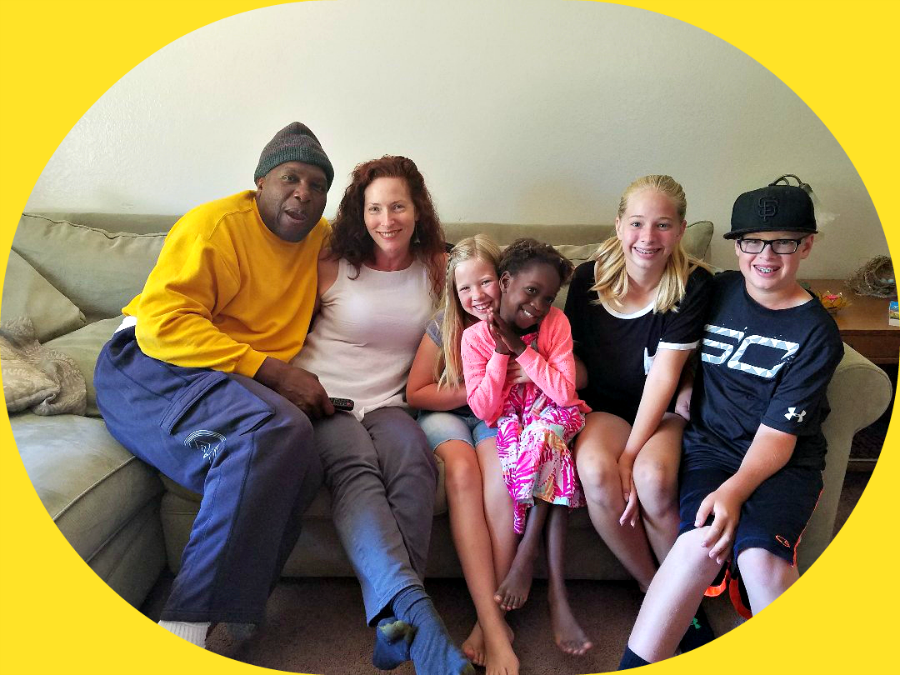 Have no fear!
Our dear friends Gerald & Tamara from Northern California (who we met here in Grecia last year -- and who are seriously considering relocating here in the near future) stopped by to visit with us while we were deep in packing. Turns out they live very close to Shelly and volunteered to deliver the paintings to the family for me. 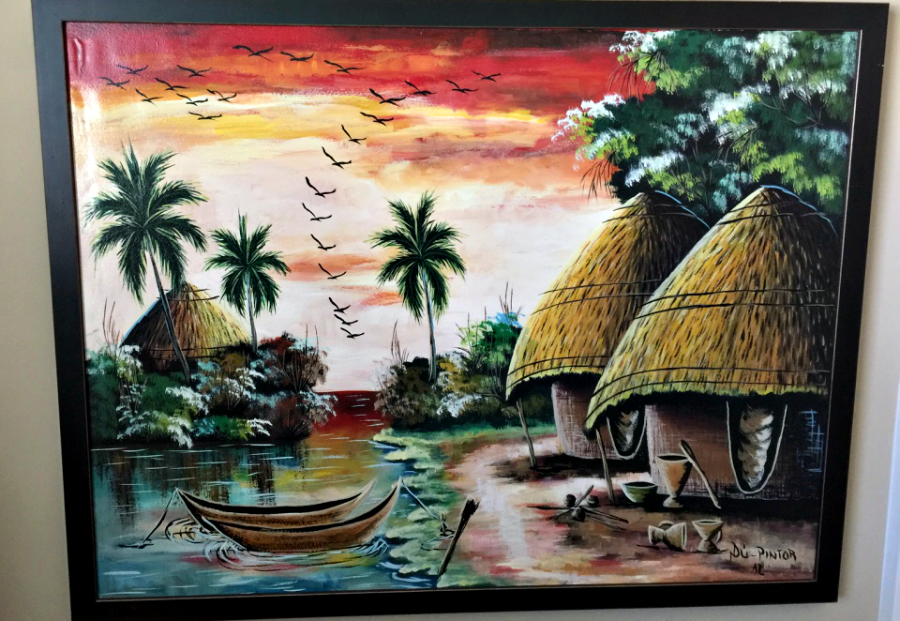 Yesterday I received a couple of photos of Gerald, Tamara and Shelly & Matt's 4 children as they visited together and they did the "painting exchange". Du's paintings will have a good home here! 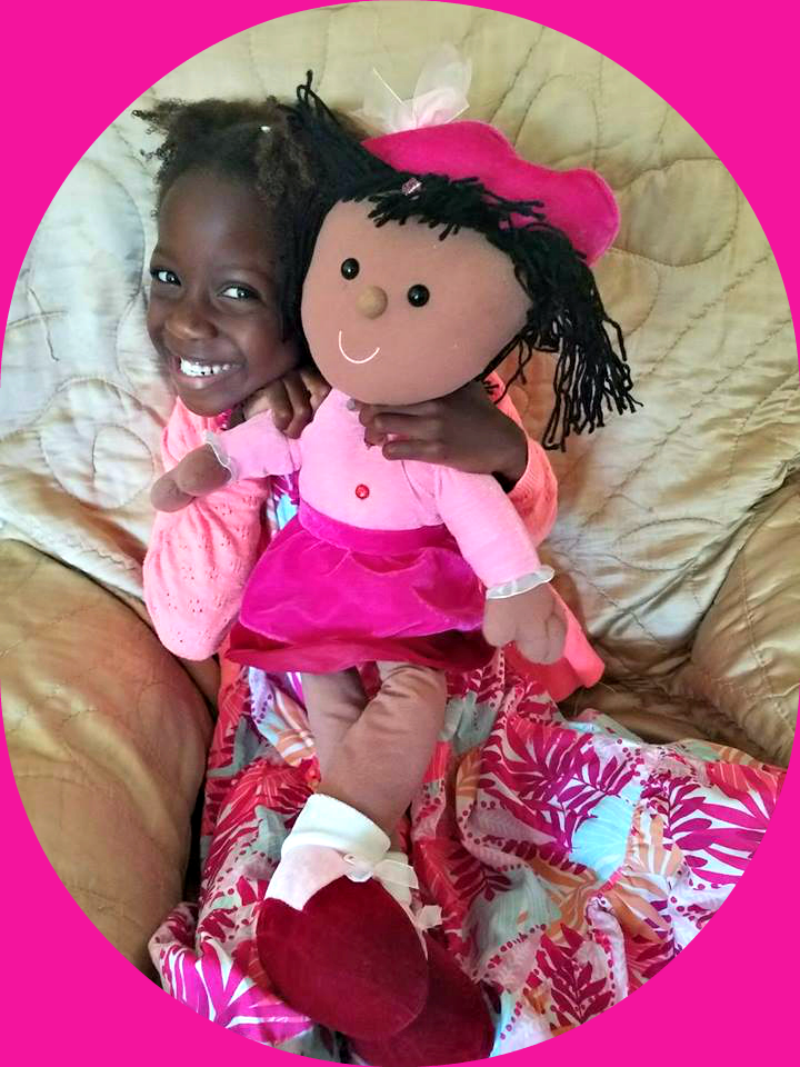 I also sent along a doll for Nia. Well, her smile says it all!!
💞
Thank you guys for being such good friends!
I hope the Earnshaw family will enjoy the paintings as much as I have.