My First time - Our Life in Costa Rica Yr #2

It might not seem like a BIG deal, but I have only gone to San Jose for specific reasons and so have always gone directly to my destination and then back to Grecia.
In the heart of San Jose the National Theatre is one of the capital city’s most popular tourist attractions and I have been wanting to go there for sometime.
They have special performances on Tuesday at around noon. The cost is $4.
Yesterday 6 of us journeyed by bus to San Jose to catch the Tues performance. The ride from my house on the ridge in San Luis takes about 30 minutes by bus and the trip from Grecia to San Jose is about 1 hr 15 minutes. My other friends came from the neighboring ridge of El Cajon and we met in town at the Grecia Bus Station. (BTW - Grecia has 2 bus stations - one for local buses and the other for destinations outside of Grecia) I absolutely LOVE taking the buses here.  On the bus to San Jose, we all sat in the back of the bus and chatted the entire way. It was a wonderful Day!!!

History⇒
In the late 1890’s when San Jose's population was only around 19,000 people, the ruling coffee barons decided they needed an important cultural building like the ones in Europe. So they put an export tax on coffee and raised the funds to build a magnificent theater (copied after the famous Paris Opera House). Construction began in 1891. They hired artists to decorate, and the result was quite stunning.  Teatro Nacional opened to the public on October 21, 1897 ( the first performance was Johann Wolfgang von Goethe's Faust. 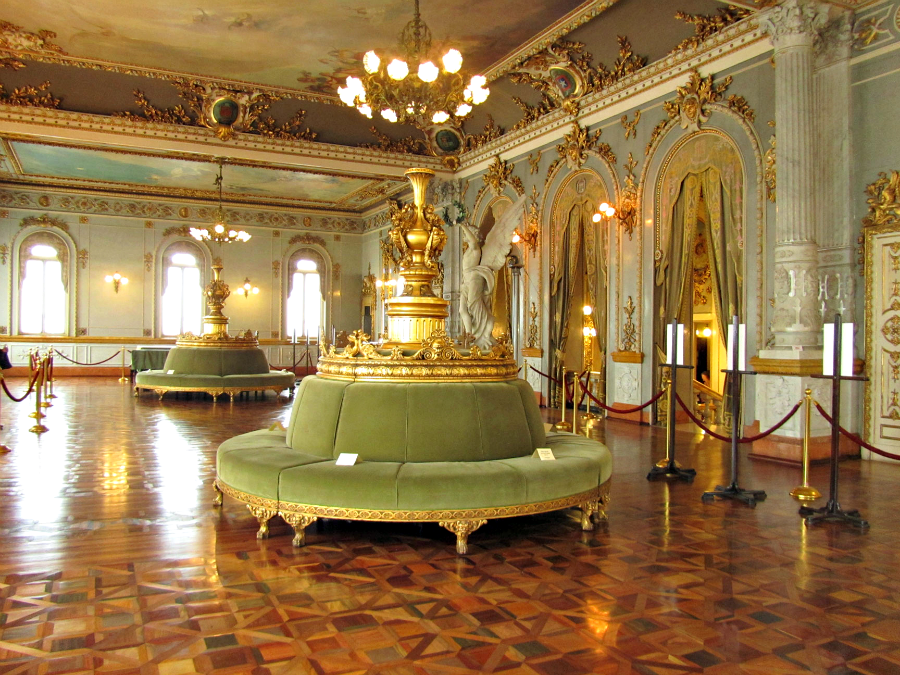 The National Theatre stood as a cultural asset of the country during a time when coffee exports were a source of its success. The theater was one of the first buildings in Central America with electric lighting. The building is considered the finest historic building in the capital, and it is known for its exquisite interior which includes its lavish furnishings (in fact one of the theatre’s main ceiling murals, was named one of the “10 great ceilings around the world,” according to an article in USA Today).

One of the most famous paintings is an oil on canvas entitled the “Allegory of Coffee and Bananas” (Alegoría al Café y al Banano) by Italian artist J. Vila, and used to grace the back of the five colón bill that is no longer in circulation.

An interesting side note is that the painter had never been in Costa Rica. Instead, he had to imagine what the landscape would look like with the little information he possessed. (i.e coffee does not grow at sea level)

The theater offers a full program of concerts, opera, and plays including frequent lunch hour concerts that are complimentary.

There is also a cafe off the entrance lobby offering delicious coffee drinks and light meals where we stopped before the show.

After the performance we took a short 5 minute taxi ride to a trendy little restaurant called Café Mundo. The food was FANTASTIC! Then we made the return trip home to Grecia. 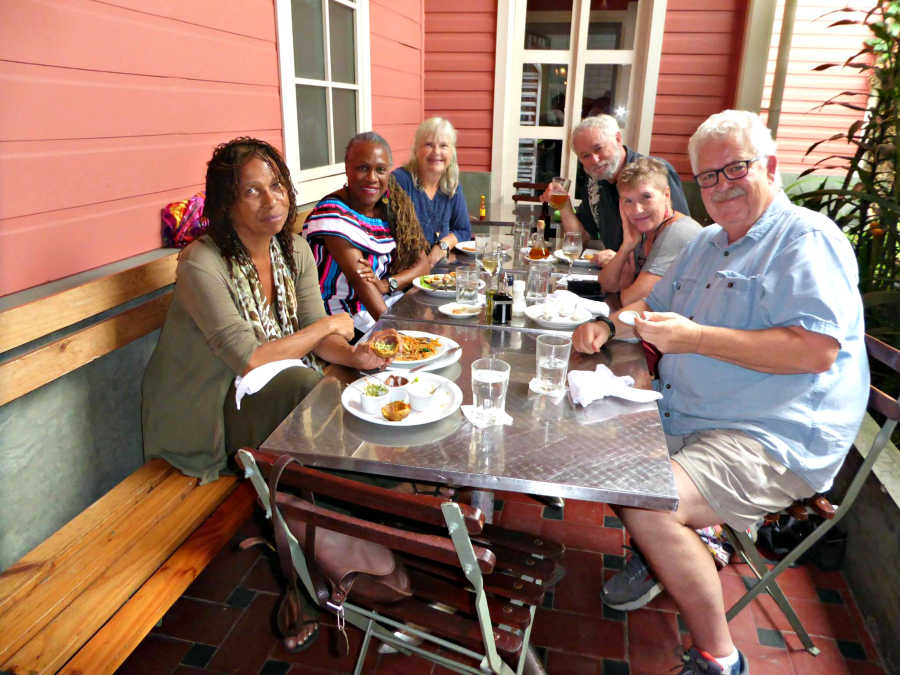 From left to right  - Shirley, me, Marilyn, Paul, Irina, Rick

Here are some more pics from my trip

A Trip to the Theatre from Devon on Vimeo.